BURBANK, Calif. (July 21, 2018) — With the reign of Reign ended in last season’s finale, cast and producers of The CW/Warner Bros. Television’s hit drama Supergirl took the stage at the show’s Comic-Con 2018 panel session to reveal that the DC Super Hero series will welcome three new cast members for the upcoming 2018–19 season — including TV’s first transgender superhero. Transgender activist Nicole Maines (Royal Pains, The Trans List, Becoming Nicole book) will join the show in the series regular role of Nia Nal, aka Dreamer. In addition to Maines, Supergirl fans can look forward to the addition of the following new cast members: series regular April Parker Jones (Jericho, The Last Ship) as Colonel Haley and David Ajala (Dr. Who, Nightflyers, The Dark Knight), who will recur as Manchester Black.

Nia Nal (Nicole Maines) is the newest addition to the CatCo reporting team. A soulful young transgender woman with a fierce drive to protect others, Nia’s journey this season means fulfilling her destiny as the superhero Dreamer (much like Kara came into her own as Supergirl).

Hardline career military woman Colonel Haley (April Parker Jones) lives and dies by the orders of her commanding officers. Dedicated to her country, she always acts in its best interest — even if it’s not her own.

Based on the iconic DC character, Manchester Black (David Ajala) is the type of guy who brings a knife to a gunfight and still walks away the winner. With a dark past, he easily deflects the brutality of his mission with his charm and sense of humor.

Supergirl returns for its fourth season on October 14 in its new Sunday 8/7c time period on The CW. Based on the DC characters created by Jerry Siegel and Joe Shuster, the series is executive produced by Greg Berlanti, Sarah Schechter, Robert Rovner and Jessica Queller. Supergirl is produced by Berlanti Productions in association with Warner Bros. Television. 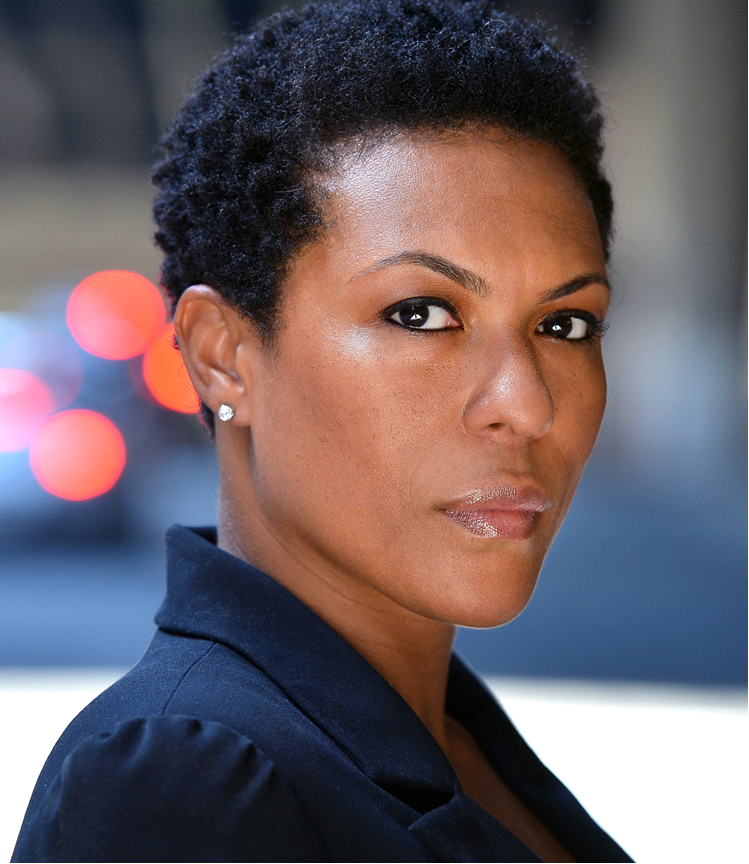 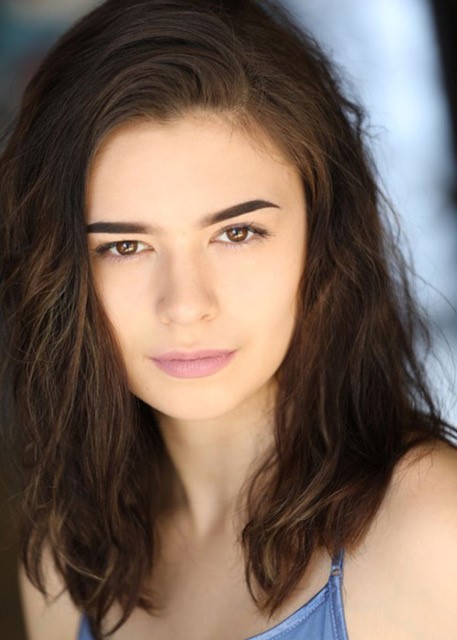 "Am I alone in pretty much ditching all these DC series?"

I ditched Legends after season two (?) for the reasons you cite. I never did watch Green Arrow except for 20 minutes of the pilot and crossover episodes. I'm sticking with Supergirl and the Flash for now. My wife refers to Supergirl as her "Monday smile" (although it has moved to Sundays, we generally watch it Mondays). and, although unrelated, we dropped Black Lightning whis season. BTW, whatever happened to Gotham? It was announce that this season would be the last, but when does it return? (I guess I could Google it.)

EDIT: Gotham's return will likely be in January.

Am I alone in pretty much ditching all these DC series?

Supergirl is as ridiculous as ever but seems to turned it's heart into a 'cause',

Legends is literally unwatchable with  bland characters and slapstick humour only,

Arrow is so macho-/grim and gritty that I'm only interested in the '5 years future' timeline and I'm only hanging onto Flash for Cisco, Caitlyn and Ralph!

After the Elseworlds crossover I can see me giving up on all of them.

I'm with The Flash all the way. Although I sound like I'm complaining about Supergirl I lot, I do (still) like it. Legends of Tomorrow I've been on board with from the beginning, but I've always felt iffy about it.

I gave Black Lightning a try, but it feels too much like a chore. And I never did take to Arrow; I only watch the crossover episodes

I'm watching all five series, but am behind a bit on Black Lightning and Supergirl. And I mostly watch Arrow as time-filler when Kathy's doing something else. I'll still watch Flash the day it airs.  Legends of Tomorrow went from my least favorite show to one of my faves, just by embracing its silliness.

And, of course, no show embraces its silliness like Riverdale. That show is gloriously insane.

In this week's episode of Supergirl, Ron Troupe -- I mean James (Not Jimmy) Olsen -- continues to prove he is as clueless as he is useless. How a man who is the CEO/editor-in-chief/whatever the heck he is of a major medial conglomerate who claims to be acting in the name of journalism thinks publicly declaring he's aligned with a terrorist group and blowing up a national landmark at their behest can think it won't matter because he's saving a life and there's no value to his reputation and he knows he's really a nice guy ...

In other fronts, Supergirl and J'Onn J'Onnz exhibit some appalling naivete about Manchester Black, who has quickly become a compelling presence on the show. Half the episode was with Lena Luthor doing a science experiment on some schmoe, in her quest to build ... her own supergirl, maybe?

Another week with no sighting of Commie Supergirl. And Col. Healy is absent, too.

That, and how is he still the CEO? He would have been kicked out the door in our world.

That, and how is he still the CEO? He would have been kicked out the door in our world.

Right! Where's Cat Grant when you really need her? She needs to send this chump packing!

I still watch them all. I enjoy Flash, Supergirl and Riverdale the most. Legends of Tomorrow wasn't very good until they lightened up. So far I like Black Lightning better than I did last season. Arrow remains something of a slog, leaning as dark as it does. The fight scenes have more variety than they did.

"How a man who is the CEO/editor-in-chief/whatever the heck he is of a major medial conglomerate who claims to be acting in the name of journalism thinks publicly declaring he's aligned with a terrorist group and blowing up a national landmark at their behest can think it won't matter because he's saving a life and there's no value to his reputation and he knows he's really a nice guy..."

That had me scratching my head, too. Luckily, Tracy stopped me before I was through the scalp and hitting bone.

I still watch 'em all, as does my wife -- our favorites seem to run in opposite order, so one of us is always agitating to get 'em watched.

As to Supergirl specifically, the Sons of Liberty plot mirrors the Purifiers plot on The Gifted enough that on occasion I conflate them. There's more hope for a solution on Supergirl, as you'd expect on this more hopeful show.

I'n with CK on Ron Troupe James Olsen. He doesn't make very good decisions. And in addition to his poor judgment, I groan during his scenes with Lena Luthor. That romance is pretty unconvincing. I don't know how James keeps his job (aside from dating the boss), given his obvious misunderstanding of how just about anything works.

Evidently Kara is now a star reporter, and her position as amusingly bumbling intern has been taken by Nia Nal (not a suspicious name at all), With that understanding, though, on wonders why Nal spends so much time with upper management. And her narcolepsy explanation was played for laughs, but was so unconvincing it's just one more grain of sand on the beach named This Is Not How a Newspaper Works.

I can see that ridding the show of Mon-El and minimizing Martian Manhunter might have been necessary to keep Supergirl unique and the most powerful physical character. Our new Super support staff are all mental; Brainy and soon-to-be named Dreamer. I get the logic, but I enjoyed the quasi Legion/Justice League vibe when they all went into combat.

The DEO is another organization that doesn't seem to work like anything in the real world. It's a federal law enforcement agency, so I'd think Alex taking charge would need more than an appointment by the outgoing (and disgraced) director. If it didn't take a presidential appointment and Senate confirmation, it would still likely fall under the Department of Justice, Department of Homeland Security, the Joint Chiefs of Staff or the NSA. Wherever it falls in the flow chart, there's somebody -- probably a Cabinet member -- who would make the call, not J'onn, and her appointment would need confirmation of some kind.

Aside from that, they've always been kinda goofy to me, especially all those scenes of them grabbing their rifles to go fight Daxamites (invulnerable to bullets) or Fort Rozz escappes (mostly invulnerable to bullets). You'd think this sort of agency would have all kinds of esoteric weapons at their disposal, not just guns. Because the guns NEVER WORK.They might as well be throwing rocks at the majority of these threats.

I didn't realize that Supergirl was an actual employee of the DEO. Doesn't the federal government have a rule against hiring undocumented workers? I say "undocumented" because they don't know her name!

Anyway, running off Supergirl is a really stupid idea, unless it's part of some kind of plot. The new president's 180 turn may be due to outside influence. From Supergirl's perspective ... won't it be a relief? And they'll come crawling back soon enough, when something big enough threatens the planet. If I were her, I'd wait until President Poll Numbers is on his knees begging her to return.

Whatever my complaints, though, the brilliant casting of Melissa Benoist conquers them all. Here sunny, upbeat presence (in primary colors!) reminds me why I got into comics in the first place. Life is just better when she's on screen.

Agreed on all of that.

Jimmy's a dope and a rube. CatCo and the DEO are both bizarre and unrealistic. And I'm not sure what the public knows about Supergirl's association with the DEO, considering the DEO is a secret organization. (Or did that change? Lord knows they're awful at staying under the radar.)

One thing that DID seem realistic to me -- if guy named Ben Lockwood got his own show on Fox News, it would absolutely be called The Lockdown. From a TV show that named its city's main news source the ridiculous "CatCo Magazine," this is a huge leap forward.

But I'm still having a ball watching it. And unlike Flash and Arrow -- although Flash has gotten a little better at it these past two seasons -- Supergirl feels like it's telling a new story each season. This plotline seems extremely different from the Worldkillers, which was pretty different from the Daxamites. Whereas I can hardly tell one episode of Arrow apart from another these days.

I found it interesting that Supergirl just did a big walkback on some of the fundamental plot mechanics of the show. In order to protect Supergirl's identity, Alex had J'onn wipe the memory of her ID from any DEO agent who knew it... including herself. Combined with Kara no longer being a part of the DEO, we're looking at a substantially different show now.

Permalink Reply by Doctor Hmmm? on January 21, 2019 at 2:20pm
Good thing the DEO lets former Directors walk out with big old boxes of paper files. Never know when those might come in handy.