The Future of SPIDER-MAN Is Marvel NOW!

New York. NY—August 10, 2012— This January, the Web-Head embraces a new chapter in his life in Superior Spider-Man #1, kicking off the all-new ongoing series from the amazing creative team of writer Dan Slott and artist Ryan Stegman! As part of Marvel NOW!, Superior Spider-Man  joins a number of titles that will take the Marvel Universe in an exciting all-new direction, as the industry’s top creators join the top Super Heroes to deliver all-new ongoing series, great for new and lapsed readers alike!

Peter Parker has spent a lifetime living up to the responsibilities his powers foisted upon him but his Amazing story finally ends dramatically in the historic Spider-Man #700. NOW! the new Spider-Man has arrived and he is better in every single way. Smarter, stronger…Superior.

“Spider-Man has learned a lot during his time as a super hero, making him not just amazing anymore, he’s more than that," said Axel Alonso, Editor In Chief, Marvel Entertainment. "Dan and Ryan have Spider-Man on a path that will challenge him in every way. Just because Spider-Man is Superior, it doesn’t mean things are even close to getting easier!”

Marvel NOW! is the culmination of Marvel ReEvolution, the groundbreaking new initiative to evolve the comic book experience through innovation. With Superior Spider-Man, Marvel NOW! ensures fans will discover an entirely new perspective in the adventures of Spider-Man.

Each issue of Superior Spider-Man includes a code for a free digital copy on the Marvel Comics app for iOS and Android devices. Additionally, each issue of Superior Spider-Man features special augmented reality content available exclusive through the Marvel AR app – including cover recaps, behind the scenes features and more that add value to your reading experience at no additional cost.

“Not only does every book with the Marvel NOW! logo feature a new superstar creative team and blockbuster story, but they also come with all-new incentives for our retailer partners,” explained David Gabriel, Senior Vice-President of Sales, Marvel Entertainment.. “We want to make sure every comic shop nationwide is fully stocked to meet the high demand we’re already seeing for Marvel NOW! And want to make sure their voices are heard throughout this exciting time. Stay tuned for more news on how Marvel will be working directly with retailers to make sure our programs address their needs.”

An all-new direction! An All-New Spider-Man! All-new justice! This is Superior Spider-Man NOW! 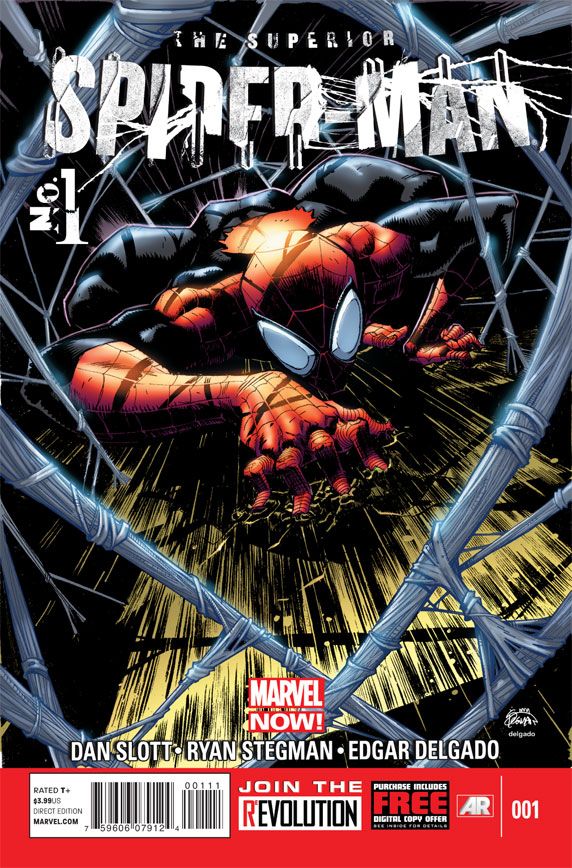 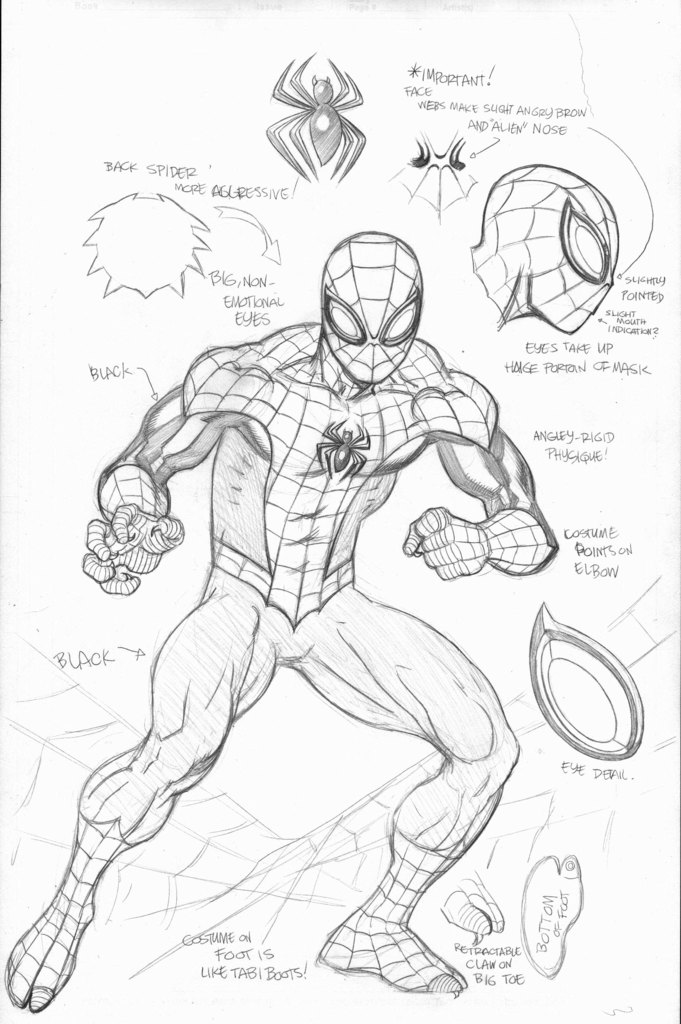 While I'm sure the stories will be pretty similar to what they're doing now, the title is a total turn-off.

They could have chosen to title it "The Advantageous Spider-Man."

Based on the model sheet comments, "The Angry and/or Aggressive Spider-Man" seems about right.

Depends on how long they stay with it.  I predict Peter will be back in the suit by issue 12 myself.

That was my first thought, too, Randy. And when Peter Parker comes back, it will likely be a massive cross-title event culminating in yet ANOTHER Spider-Man #1.

Also, I have to echo Robin. A retractable claw on his big toe? WTF? He could rip someone's face off with the existing stick-to-wall powers (which are actually zillions of tiny little hooks on his hands and feet). This is just gratuitously bad@$$-looking nonsense.

Depends on how long they stay with it.  I predict Peter will be back in the suit by issue 12 myself.

I think the press release implies the new Spider-Man will be Peter Parker, particularly the quote from Alonso about how much Peter Parker has learned during his time as Spider-Man. My guess is the concept is "Peter Parker gets powered up". The question is why that should lead the title into interesting new territory with regard to the feature's action or how Spider-Man's interacts with his supporting cast. If Spidey's powers were increased enough he could take on the role of New York's main superhero protector, which would change his relationship to the Daily Bugle. Dan Slott is a writer who can build in creative ways on the past, so he might be able to increase Spidey's powers in a judicious, satisfying way.

In the drawing the new Spider-Man has hooks on his fingers as well as his big-toe. However, I doubt the idea is to Wolverineise Spidey. "The same Spider-Man, only better" strikes me as a potentially more successful and lasting direction than "Dark Spidey".

Ah, but WHAT was it that she whispered? Has it ever been revealed?

They teased us with "Jackpot" and red hair, but did they ever beat out Mephisto?
Inquiring minds want to know.

And yes, Dan Slott can pull this off. He always does well...well researched, clever writing, never missed yet.

Unfortunately, my LCBS no longer has any excess for point of purchase impulse buying. And so, if you didn't pre-order it for your pull....you loose!

Ah, but WHAT was it that she whispered? Has it ever been revealed? I wrote a blog post about when I stopped collecting Spidey, because -- well, it was a momentous event in my life, to realize that my favorite book for 40 years had become a title I no longer enjoyed. And I trace my failing interest to the Mephisto scenario. After Brand New Day, somewhere inside I felt like I wasn't reading about the same Peter Parker I had always known, and that poisoned my enjoyment of what came after. So you're not alone, Robin.

And I've forgotten who suggested it was still Parker behind the mask, but Marvel said at NYCC that it's someone different under the mask, and THAT person will hook up with MJ instead of Peter. Make of that what you will. (I'm thinking "clone.")

Uh, JMS wrote that story. Dan Slott came along in the next storyline.

I didn't like the decision to undo the marriage myself, but there were some great stories that came afterward. Then I left when "Spider Island" started. I never liked any of the back-up that had been running in ASM, and one of them was the prologue to "Spider Island", so once that began I bailed.

And in my book, Dan Slott will always be nothing more than Quesada's willing accomplice.

I already dropped Amazing Spider-Man, just before the Spider Island arc. It was a hard decision for someone who started with ASM #9, but three books a month were piling up and not being read. I kept telling myself I have to read ASM first since I had so many piled up, but wasn't motivated to do so. My first Marvel comic was Fantastic Four. It's probably going to be my last regular Marvel book. The "Marvel Now" revisions don't inspire me. I'm tired of the major companies constantly restarting everything and I'm tired of the company-wide crossovers.