Sharp insight, 'Tec. Those similiarities hadn't occurred to me. As you say, it's likely no coincidence, given that the same writer was involved in both.

I do hope we get both teams back -- I miss 'em. Earth 2 just wasn't a proper substitute for the grizzled vets of the JSA, and the sheer optimism of the LSH is needful in today's environment.

Oh, in case anyone interested hasn't heard, the Young Justice cartoon is returning. DC will use a third season as part of its launch of a streaming service, along with a live-action Titans. The downside of this is that Young Justice seasons 1-2 and the entire runs of Justice League and Justice League Unlimited will leave Netflix soon.

Young Justice was essentially a parallel-Earth story (Earth-16, I think) where Batman turns Justice League sidekicks into a covert ops team. It had some surprising takes on familiar characters, and introduced a couple that are making their way into "mainstream" stuff, like Miss Martian. Here are the members, as per Wiki:

At the conclusion of The Button we see Jay Garrick briefly appear to help out Batman and the Flash before he is pulled back to wherever he is being held. Jay seems to indicate to the heroes that he can be freed like Wally West was if they remember his name. But of course they immediately forget his name. 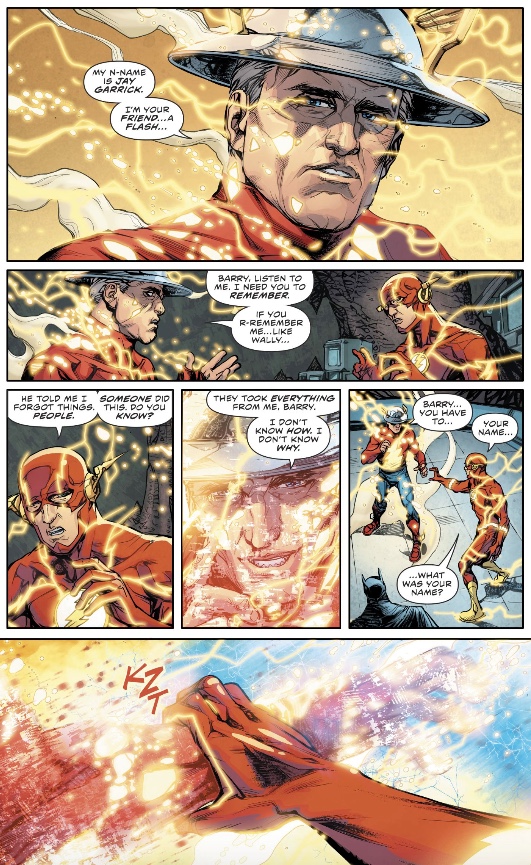 In The Lightning Saga, the Legion members were restored to their former selves when the name of Lightning Lad was spoken to them.  Then they set about using a lightning rod to resurrect someone who turns out to be Wally West. The lightning rod is the same one used to resurrect Lightning Lad in Adventure Comics #312. 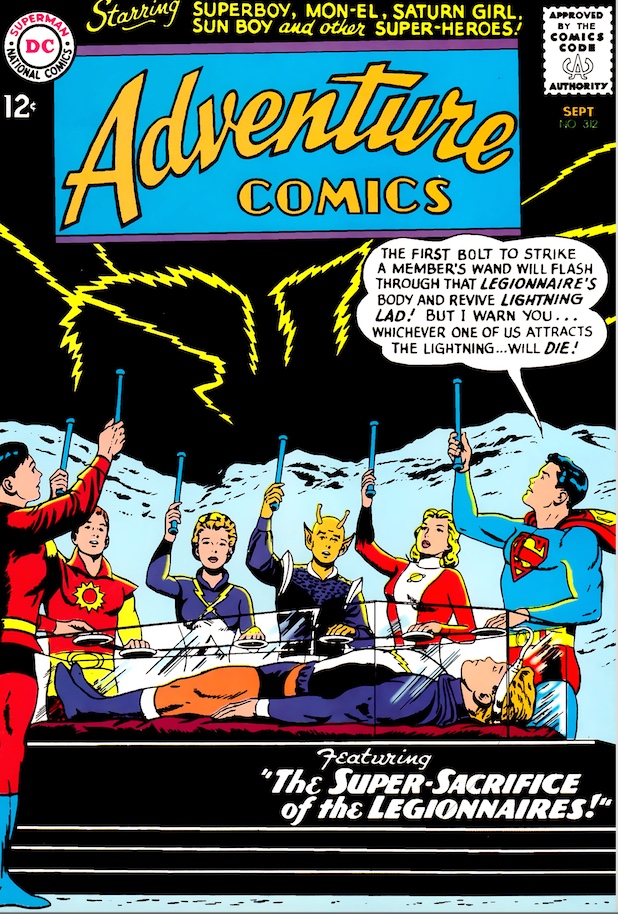 At the conclusion of The Button, Barry theorizes that Jay couldn't be freed because Barry was not the "lightning rod he needed." 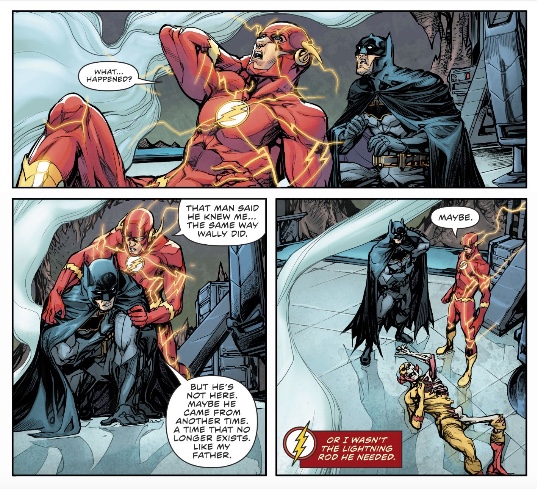 There's a new image from San Diego that's going around today, of the various Dark Matter characters... as well as an unannounced team of four that includes Mister Terrific, Plastic Man, Metamorpho, and a woman in a white costume who could very well be Phantom Girl. Speculation is it's a new Outsiders title written by Jeff Lemire, who's been known to put the Legion into things before (see his run on Justice league United).

To be fair, though, Plas and Mr. T are also both wearing black and white costumes, so the woman who might be Phantom Girl could very well be someone else. Though PG's powers would certainly fit the Fantastic Four vibe the team is giving off.

And she's been confirmed as Phantom Girl! The four characters are The Terrifics, a new team written by Jeff Lemire and drawn by Ivan Reis. (Although their new uniforms were designed by Doc Shaner, who'll hopefully do some interiors for the title, too.)

Jeff, there's a DC #1 Comixology sale going on through tomorrow that includes Legion of Superheroes Vol. 1: A Hostile World, which collects the first 7 issues of the New 52 series. That might be a cheapish way to check it out!

You should also probably consider reading the relevant issues of the Adventure Comics revival, too -- there's a story from the Legion's early days, but then, more pertinent, is a story that introduces the new Legion Academy members -- some of whom become Legionnaires by the New 52.

Yeah, I've got those, too. IIRC, the Adventure Comics series led into the Legion series (rahter than crossing back and forth).

Decided to grab the last two Legion series in trade form off Comixology. For anyone wondering they pick up after Legion of Three Worlds and line up as follows:

Something I've been thinking about recently: I'm going to assume that Brainiac Five's force field is based on the same technology as the original Brainiac's, which as I recall was quite strong.

I've read a lot of Legion comics in my day, but I'm definitely more familiar with the Silver/Bronze age versions. So I'm trying to remember if Brainiac Five ever attempted to use his force field in an offensive manner. Sure, he used it to defend himself and others, but did he ever tinker with the tech so he could project fields whereever he wanted a la Sue Storm?

In the Supergirl story "Brainiac's Blitz" from Action Comics #339 the villain attempts to use it to kill Supergirl. He says "at full strength, it can annihilate anything ...even her!", and he uses it to destroy her kryptonite cage.

In Legion of Super-Heroes #303 Brainiac 5 uses his force shield to contain the Emerald Empress's Emerald Eye, but it's a strain. In #311 he contains Computo in it.

In Adventure Comics #348 Brainiac 5 fist-fights a robot with it on, which is a form of using it offensively.