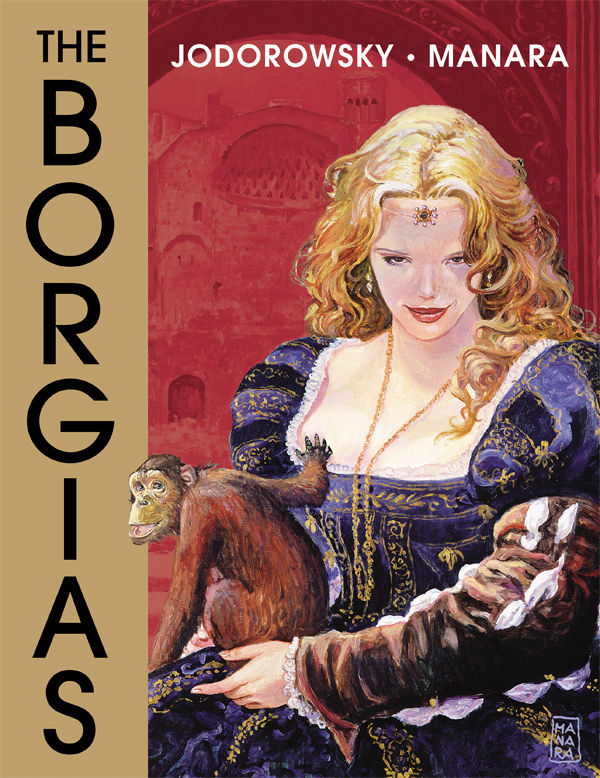 I love me some Milo Manara artwork.

Not just for the nekkid chicks, either! No sir, I admire his fine line work, his exceptional shading and texture techniques, his pacing and storytelling, his camera placement … honestly, he’s the full package.

Also, I like the nekkid chicks. Hey, I’m a guy. What can you expect?

I’m not sure how much I like Alejandro Jodorowski. A lot of the comics work he’s famous for – The Incal, The Metabarons – sometimes leaves me scratching my head. But the man is internationally famous, and not just for comics. He’s a successful filmmaker, a playwright, a writer … his resume reads like a Renaissance man. So I’m loathe to mention when I don’t understand a Jodorowsky story, because it might mean I’m stupid. Or it might mean that I haven’t taken enough acid. Or maybe both.

Anyway, if there’s a fault in Manara stories, it’s that often his stories don’t really go anywhere; they seem to be excuses to get the girls nekkid. Instead of the plot building to a climax, the characters do, as each page ups the ante on missing clothes and sexual positions.

Which, for a guy isn’t any sort of punishment, you know. But it does make me feel a little guilty about the objectification of women. And some of Manara’s stories cross the line into sadism and/or rape. And that I truly do NOT enjoy, no matter the nekkidness.

So I thought with The Borgias, I’d get the best of both worlds: A great writer I sometimes find surreal locked to a historical epic where he can’t fly off into a digression, and a great artist prevented from indulging in his worst excesses by the immutable events of history.

Ha! I should have known better! What we have here is character assassination, where each page is devoted to lovingly depicting how loathsome and depraved the Borgias were. It begins with a dying pope hoping to extend his life by nursing at the breast of an unwilling new mother, and getting blood pumped into him from young boys – most of whom die.  The story barrels on into an incest scene, a girl fellating a statue, beatings, murders, eye removal, and one horror after another until late in the game the pope rapes a man to death on a bed of nails – and then excommunicates him as he dies. At that point I was numb to it all.

Were the Borgias this awful? History doesn’t treat them kindly, but I have to think some of this stuff is made up out of whole cloth. As my wife said, “the Borgias were powerful, and powerful people have enemies. Figure about 50 percent of what was said about them being propaganda from their opponents.” And it ain’t pretty, despite Manara’s skill.

But since there isn’t a gang rape, grotesque execution or bestiality scene in every panel – just most of them -- there’s a lot of good Manara to look at. His ability to evoke 15 th century Italy is astounding: The clothes, the frescoes, the wall hangings and the street scenes are as lovingly depicted as any of the nekkid chicks, with a lot more variety.

So despite being genuinely appalled by the story – both vile and choppy – I still enjoyed seeing how much better Lucrezia Borgia looked with her clothes on, because Manara is so consistently fantastic at rendering every fold, hem, wrinkle and embroidery.

So I can’t really recommend The Borgias. But I still love me some Milo Manara artwork.