This has been kicking around in my head for a while, and I think I did this on a past incarnation of the board ... let's take a stab at creating a "Mindset List" for today's fan of comic books and related pop culture.

We begin by following the baseline that the Beloit College Mindset List uses, of a typical reader being 18. I know it's a dubious standard for this exercise, but we've got to start somewhere ... and place a reasonable limit on what's relevant and what isn't.

So, to begin, here are the first entries in The Captain Comics Round Table Mindset List!

Our typical comics reader this year is about 18 and was born in 1997.

Thems for starters ... any more to add?

I've always thought of the Guardians of the Universe as a suspect, shady group. Green Lantern is so powerful, why is he taking orders from Smurfs? Alan Scott didn't work with them and he turned out fine.

They have likely always known PEANUTS (If they do !!!!!!!!!!) as a classic old-days strip that ran in reruns in the local newspaper .

I was going to extend that into " That is , if they ever read comic in a paper newspaper at all..." , but it occurred to me that I myself was exercising the what I saw as "It's just ever so cyber-modern and kewwll..."sensibility , assuming that , not only does everybody everywhere NOW follow the " It's just ever so modern..." commands of certain people now , but(Implicitly , anyway .) they have for the last 18 years ! Newspapers seen in their home by children are bought by their parents ,  anyway ! Were the 2019 Beloits' parents following the commandments of the Silicon Valley/Burning Man skateboarding/all the latest apps & downloads " digerati " even back in 2004 , say ?

Here's another: The Walking Dead has been published since these guys were 7 years old. (Hopefully they didn't start reading it right from the beginning.)

It occurs to me that, the way things are now*, Barbara has gone from being older than Dick to being younger than Dick. 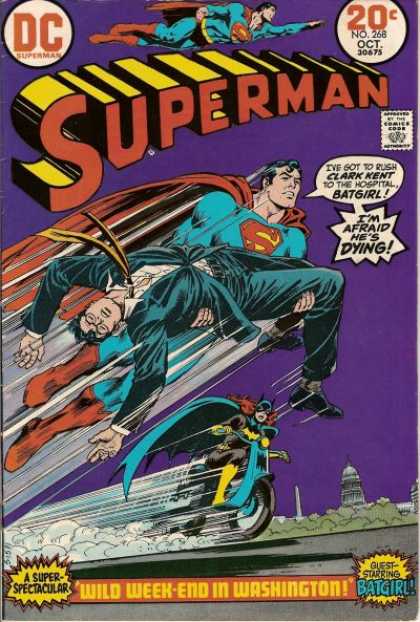 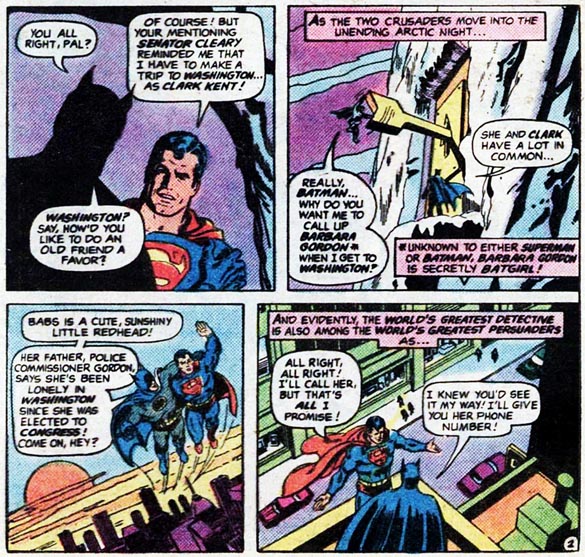 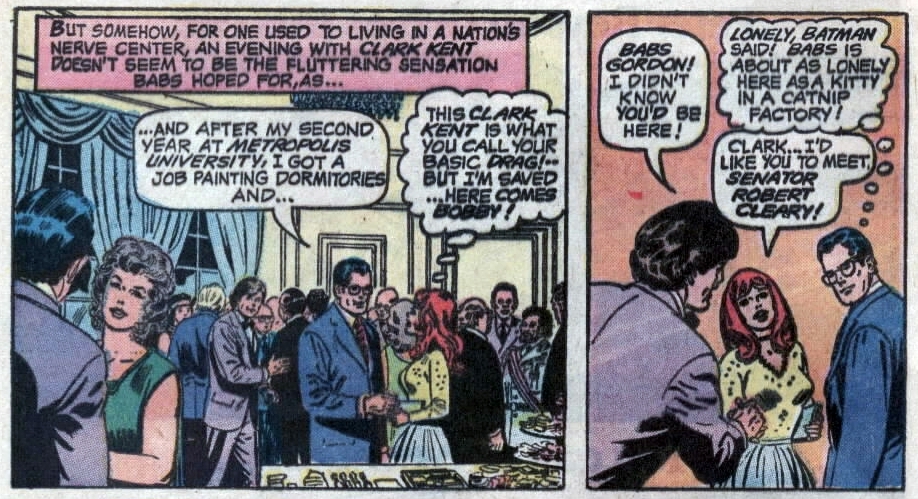 Comic books have always been printed on slick paper.

(If that's not strictly true, then at least "Comic books have never been printed on cheap newsprint.")

And Dick Grayson? He seems like he's in his mid-20s, too. How that squares with Batman taking him in before his teens, training him to be Robin, and then Dick leaving the role to Jason Todd, Tim Drake, Stephanie Brown and Damien Wayne,all in five years, I'll never understand.

Nobody will work with Bruce for more than about a year?

On the practical level....

- Have only purchased comics in comic shops

JD DeLuzio replied to Steve W's discussion A Cover a Day
"It stands to reason that, with all of the running around in dangerous environments, sometimes…"
37 seconds ago

Philip Portelli replied to Steve W's discussion A Cover a Day
"By a strange coincidence, tomorrow (Thursday 2/2), TCM will be showing classic Dr. Kildare and Dr.…"
8 hours ago

Jeff of Earth-J replied to Jeff of Earth-J's discussion Tales to Astonish
"Are Stan (and Jack) thinking back to earlier in their lives? Possibly. I think they were of the…"
8 hours ago

Richard Willis replied to Peter Wrexham's discussion Celebrity Mastermind - "The History of DC Comics"
"The Baron said: We have a long history of "celebrities" on game shows and quiz shows here…"
10 hours ago

Richard Willis replied to Jeff of Earth-J's discussion Tales to Astonish
"Jeff of Earth-J said: Ducking into a movie theater playing a newsreel, he briefly spots a man whom…"
10 hours ago

Steve W replied to Steve W's discussion A Cover a Day
"As it's still day one, here's another romance from me."
12 hours ago

Richard Willis replied to Jeff of Earth-J's discussion T.H.U.N.D.E.R. Agents
"I was catching up with other things and haven't yet read the IDW issues. I'll get to them…"
13 hours ago

Richard Willis replied to Steve W's discussion A Cover a Day
"When I saw Fantastic Four #4, the cover had a guy in swim trunks coming out of the ocean. He was…"
13 hours ago

Peter Wrexham replied to Steve W's discussion A Cover a Day
"The last few lines of the index now look like this, with the recently-agreed themes for March,…"
14 hours ago

Lee Houston, Junior replied to Steve W's discussion A Cover a Day
"I will be the first to admit that in regards to some aspects of fandom I am behind the times. In…"
16 hours ago