...and yet another clone of the Paul Kirk Manhunter appeared in the short-lived Power Company. And Power Company ended in 2003 and the female Manhunter debuted in 2004! 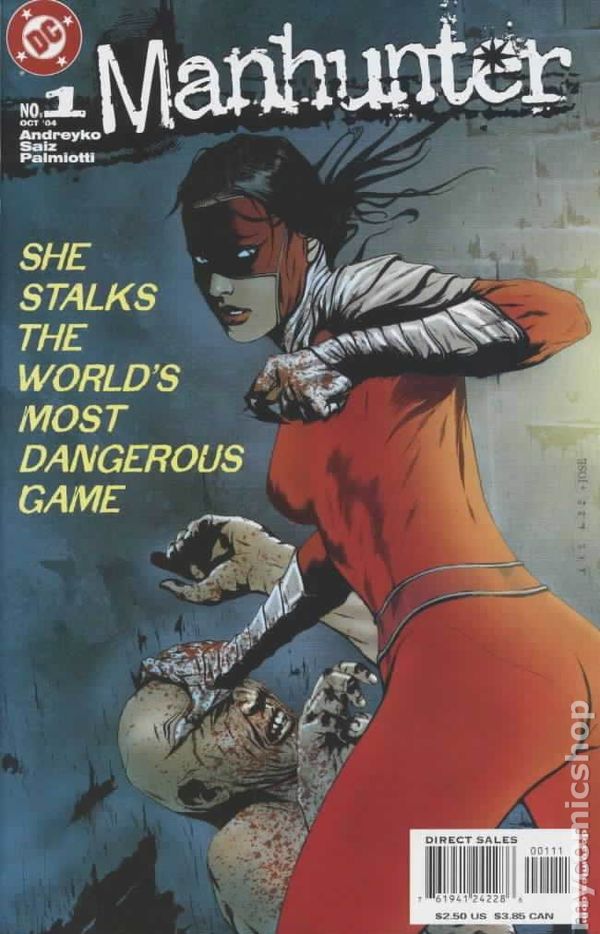 And who remembers 1994's Manhunter that sprung from Zero Hour?

Because I sure didn't! 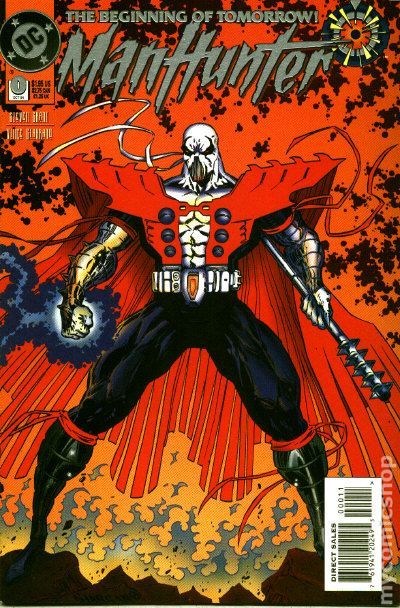 It seemed to me that there were endless characters called "Manhunter" at DC, and none of them were interesting to me. All right, that’s enough! Time to get this discussion back on topic. In 1989 Neil Gaiman pitched an idea to revive Simon & Kirby’s Bronze Age Sandman. Group editor Karen Berger approved the idea, but suggested Gaiman create a new character. That turned out to be a good suggestion (as well as a good example of how a strong editorial hand can shape a series). And talk about “continuity porn”! Gaiman was not only able to utilize his ideas for the ‘70s Sandman, but he also rolled in Wesley Dodds and Silver Age villain Dr. Destiny, as well as, eventually, intertwining many of the characters he himself introduced in early issues. Jed Paulson returned in #11, and Hector Hall and Lyta Trevor in #12. (Lyta, who was six months pregnant when she entered “The Dreaming” two years prior still hadn’t had her baby, but that’s a story for another time.)

For the original Sandman, who never did have a real origin story (not one I’m satisfied with, anyway), Gaiman provided one, elegant in its simplicity, by tying it in with the imprisonment of his own Sandman: “Wesley Dodds’ nightmares have stopped since he started going out at night. He puts evil people to sleep with gas, then sprinkles sand on them, leaves them for the police to find in the morning… the idea came to him in his sleep. He doesn’t dream about the man in the strange helmet anymore. Everything’s all right. Wesley Dodds sleeps the sleep of the just.”

One more thing while I’m thinking of it. I have heard that, over the years, fans have approached Gaiman at cons expressing a desire that he write something for Marvel utilizing Dr. Strange’s nemesis, Nightmare, a suggestion he has met with reluctance. What seems perfectly obvious (to me, anyway) is that Morpheus is Gaiman’s version of Marvel’s Nightmare!

Too early to talk about it, but this cover makes me wonder if it inspired the witch's face-hanging in Gaiman's Sandman. If have something to say, go ahead and say it. I've already said all I plan to about this version of Sandman.

In Neil Gaiman's A Game of You arc (The Sandman #32–37) the character Thessaly turns out to be an ancient, though young-looking, witch. One of her main magical skills was to remove the face of someone, hang it on the wall and ask it questions.

Philip, I remember the Zero Hour Manhunter. The one character worse than the Zero Hour version of Dr. Fate. Of course he lost the Dr. for Zero Hour.

I was also a big fan of the female Manhunter.

After checking with Jeff, I present:

What we learned from

Synopsis:  The Sandman must recover stolen plans for a “new government raygun” which is to be exhibited at the Fair.

I seem to have caused more confusion than I intended by continually changing the title of this discussion from day to day as I moved from Sandman to Sandman. In point of fact, I wasn’t trying to cause any confusion at all. My thought was, if I were to start a discussion of the Golden Age version of a particular character and, if someone didn’t like that version, might never again check in to discover I had moved on to the Silver Age version and beyond. Theoretically. I just wanted to show the thrust of the discussion was changing from day to day.

For example, last week I started a discussion of the Golden Age Hawkman, but when I finished the one GA archive I have, I changed it to the Silver Age Hawkman. I still have another volume of SA Hawkman to read, but eventually I plan to move to move on to Hawkworld and beyond. Now, let’s say someone hates the Golden and Silver Age Hawkman but absolutely LOVES Hawkworld. How would that person, after having read the initial post, know the conversation had moved on?

Having said that, I’m going to go ahead and post what I had intended to post today to bring this discussion (my part of it, anyway) full circle. The success of Neil Gaiman’s Sandman sparked interest in the original, which let to 70 issues of Sandman Mystery Theatre, a period piece featuring Wesley Dodds in all his gas-masked glory. I read only the first two stories (i.e., the first eight issues) of that series. The story I really liked was “Sand and Stars” (Starman #20-23), which features the new Starman teaming up with the original Sandman and Dian Belmont, who turns out to be not so very dead after all. Does it bother me that this story contradicts the one that established her death? Nah, not really. All-Star Squadron #18 never made it into “Earth-J” canon.