It's the end of the year.  And that means it's time to look back at the best of 2010.  So here's your chance to nominate the best writers, artists, stories, characters, comics and moments of the year.  The categories are listed below.  You may nominate up to two entries per category.  You do not have to nominate for every category (in other words, you may nominate 0, 1 or 2 entries per category).  Nominations for "best single panel" should include images.  I will leave the nomination thread open for about a week.  And, most importantly, have fun.

Thanks Chris, I meant it on both counts.

I'm ok with counting Dr. Who in this category. Maybe we can change the category to best sci-fi/fantasy/super hero character in another medium?

That's why I'm leaning against counting it.  If we say that every sci-fi/fantasy show counts as a superhero show, then there's no reason to have it as a separate category for the Cappies.  The category was initially suggested as a way to honor shows like Heroes or movies like Batman Begins.  It was a way to celebrate the success of superheroes in pop culture.  In retrospect, I wish that I had added it as a category several years ago instead of limiting myself to one new category a year.  It would have been fun to vote between Heroes and Smallville when they were both going strong.  It would have been interesting to choose between the gritty Dark Knight and the whimsical Iron Man.  But while the initial rationale for the category has dissipated, I think that the premise remains: its about honoring superheroes other media- not sci-fi or fantasy.  I doubt that I would have accepted nominations for Battlestar Galactica or Lord of the Rings either.


Personally, I'd read the category as "any comic property that's been translated into another medium, any other media property that's made the transition to comics, and/or any property that relies on themes traditionally explored primarily in comics (i.e. superheroes)."

Of course, in addition to the aforementioned Doctor Who and Battlestar Galactica, condition two would also open the door to such diverse interests as Ghost Whisperer, The A-Team, Fringe, and The Muppet Show, so perhaps that's too generous a definition...


Hey fellow Legionnaires, I'm hoping to start posting the polls this Friday.  That means that I'm setting a deadline of midnight on Thursday.  This is a soft deadline.  If you get a nomination in on Friday morning before I open the polls, I will probably accept it.  But I know that most people work better with a deadline.  So here it is: get 'em in by Thursday.  Please.  The Cappies work best when we have plenty of choices.

And just to make sure I don't leave off the ones I'm certain of now:

This splash page from Francis Manapul, from Flash (issue 3, I think.) 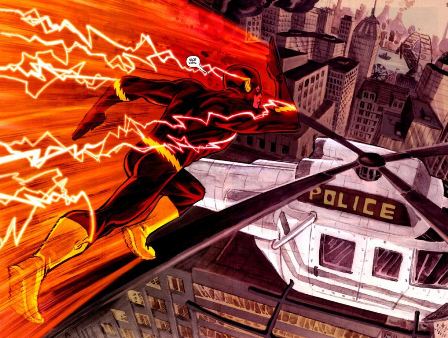 Best Character Recovery: Bane, in Secret Six. In the last year or so, Gail Simone has made Bane -- an event created character who I never really cared for or understood -- one of my favorite characters of the year, with his sense of honor and very human and unusual affection for Scandal Savage.

also in this category: Jimmy Olsen. Nick Spenser and RB Silva prove that you can still tell a classic-style Jimmy Olsen story today, and that adventurous, clever, over-their-heads twentysomethings can still give us the biggest week ever. For that matter, let's nominate RB Silva for Most Underrated Artist -- people talk about Nick Spencer's Jimmy Olsen, but Silva brings a great deal of charm to the proceedings. For the other underrated artist, let's go with Legion's Yildiray Cinar, who I frankly think is done no favors by Wayne Faucher's inks. Take a look at his sketches or this splash from Legion 5 to see what he brings to the table.

For best team, I have to nominate the Secret Six, an unalloyed bunch of reprobates, and the Legion, finally back to the future and moving forward at long last.

For one of my best supporting character noms I'll have to go with Ambush Bug, who's lately been providing a sort of zany Greek chorus to Doom Patrol.

I don't know if anyone else has nominated Ryan Choi for the RIP award, but he's definitely one of my picks... even though I suspect he'll be revealed to be alive in 2011.

That's what I've got now. Sorry they're so scattershot, Chris!

Permalink Reply by Rob Staeger (Grodd Mod) on January 3, 2011 at 6:25pm
Oh, and whil I'm at it: Best Artist: Amanda Conner. Her Power Girl, which wrapped up this year, knocked my socks off. She can do no wrong. And let's put Darwyn Cooke on the list as my other nom, because I'm incapable of not nominating him. I've never seen him draw a bad line.

Permalink Reply by Rob Staeger (Grodd Mod) on January 3, 2011 at 7:07pm
And here's a one-shot for Best Self-Contained Story: Brave & Bold 34, the "girl's night out" issue with Zatanna, Wonder Woman and Batgirl. Story by JMS, art by the great Cliff Chiang.

Wait, Chris...so, Tony Stark with his armor and Bruce Wayne with his smarts and equipment are superheroes, but the Doctor with his time machine/space ship, brains, and power to regenerate when "killed" isn't?  They both fight villains and monsters and protect the innocent.  Is it because the Doctor doesn't wear a costume or a mask?  In each version he has a set "suit" which varies little during his time.  He's a lot like the Spirit or the Question that way.  He doesn't have a "secret" identity?  Neither does Steve Rogers or Tony Stark currently.  And very few people, River Song and the Master, know his real name or much about his past.  C'mon, the Doctor IS a superhero.  And a great one.

Why is Scott Pilgrim a superhero and not the Doctor?

Permalink Reply by Doc Beechler (mod-MD) on January 3, 2011 at 7:59pm
And also...in the Wolverine film, Logan doesn't wear a costume and his main power is regeneration...what about that, your honor?

I agree with Bill.  The Doctor is deffo a superhero.

Our definitions are too restricted.  That he isn't because he's on TV seems like a parallel argument to the 'all comics are about superheroes' mindset.

I guess the question would be: Would Buffy the Vampire Slayer (the TV show) count? She's got similar qualifications, and some of the same deviations from superhero tradition (no costume, not originated in comics).

Also, would the Jonah Hex movie count for this category? He's not a superhero -- and I can't imagine anyone nominating the universally panned movie -- but the movie, I suspect, portays him and his milieu as more superheroic than in the comics.

(I can't say I've ever really thought of the Doctor as a superhero, though... probably because I was introduced to him before the concept of superheroes broadened to the degree that it has in recent years.)

Best Splash Page. Issue 3 of Astonishing Spider-man & Wolverine by Andy Kubert. This one really needs to be seen in person. It's a 3 page fold out of Wolverine staring down Doom the Living Planet! Best cover Green Hornet #11. The cover is by Alex Ross. Not a great series but it's had some good covers. 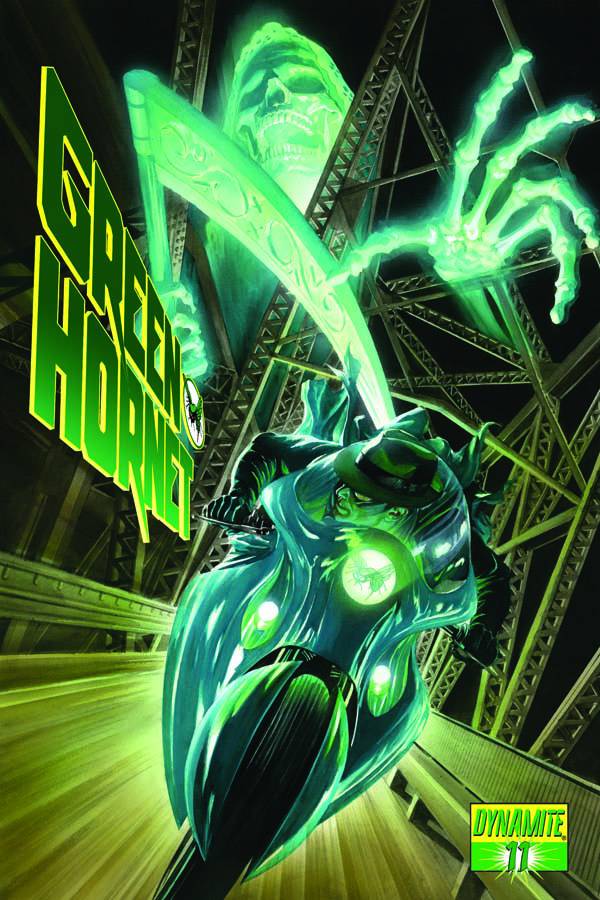