I’ve been watching the “Trial of a Time Lord” season of Doctor Who, listening to audio adventures of the Sixth Doctor, and trying to figure out how they all fit together in some semblance of chronological order. I’ve started with four basic assumptions: 1) Peri must be the Sixth Doctor’s first companion, 2) Mel must be his last, 3) “Trial of a Time Lord” must occur somewhere between the two (obviously), and 4) He travelled with certain companions on more than one occasion.

DISCLAIMER: For the purposes of this discussion, I am ignoring certain comic book, novel and other companions (such as Frobisher), as well as certain solo adventures. I haven’t heard all of the audios I reference below, so it may well be possible that something in one or more of them contradicts my assumptions, but let’s start with my basic list of the Sixth Doctor’s companions in order.

I propose that “Trial of a Time Lord” takes place after traveling with Evelyn (the first time) and before he began his travels with Charley (with apologies to John Steinbeck), but it doesn’t take place immediately (or even “shortly”) after the television serial “Revelation of the Daleks”. I posit a gap of some time between “Revelation of the Daleks” and the stories told in flashback throughout the course of the trial during which several other stories occurred. Specifically, Peri’s tenure with the Doctor looks like this…

On Television:
The Twin Dilemma
Attack of the Cybermen
Vengeance on Varos
The Mark of the Rani
The Two Doctors
Timelash
Revelation of the Daleks

On Audio:
Whispers of Terror
…Ish
The Reaping
Year of the Pig
Cryptobiosis
Recorded Time & Other Stories
1963: The Space Race
Breaking Bubbles & Other Stories

It is at this point, I believe, that the Doctor begins travelling with Evelyn Smythe. As far as he knew at the time, Peri was dead; the trial had yet to reveal that Peri survived. I completely buy the explanation of Nev Fountain (writer of the audio adventures “Peri and the Piscon Paradox” and “The Widow’s Assassin”) as to why the Doctor didn’t go back for Peri, even after he found out she was alive and married to King Ycarnos: “As far as the Doctor was concerned, history had happened. The Web of Time had turned her into a warrior queen, and there was no nipping back to Thoros Beta and dashing back with Peri into the TARDIS.”

After travelling with Evelyn for some time, the Doctor was abducted by the Time Lords to stand trial. The experience of being ripped out of time caused him to temporarily forget many of his adventures, perhaps everything since “Revelation of the Daleks”. During the trial he met his future companion, Mel Bush. Although he departed with her after the trial and in the next televised season of Doctor Who she was his companion, he had not yet officially “met” her in his own timeline. [NOTE: The audio “The Wrong Doctors” tells of his attempt to return Mel to her proper time and place, but the story of their actual first meeting has yet to be told in any medium (as far as I know, anyway).]

The Doctor would travel with Charley, Evelyn (again), Flip, Constance and be reunited with Peri before “officially” meeting Mel for the first time and sharing many adventures on both audio and television before “The Last Adventure” (audio), which leads directly into “Time and the Rani” (television). There may also be other companions in stories yet to be told which occur after Flip and Constance but before Mel. I may be forced to tweak this in the future as new evidence comes to light, but this is my best attempt to put the Sixth Doctor’s companions in order at the present time.

Okay, you can slot Frobisher in between Peri and Evelyn if you wish.

“I propose that ‘Trial of a Time Lord’ takes place after traveling with Evelyn (the first time) and before he began his travels with Charley (with apologies to John Steinbeck), but it doesn’t take place immediately (or even “shortly”) after the television serial ‘Revelation of the Daleks’.”

Not even a week has passed and I find myself having to revise my assumptions. I re-watched the entire “Trial of a Time Lord” over the weekend while Tracy was away. It’s been a while since I’ve seen it, and I had completely forgotten that the point at which the Doctor is taken out of time for his trial happens within the flashback story “Mindwarp.” This, whereas the Sixth Doctor and Peri may well have had other adventures bwtween “Revelation of the Daleks” and “the Mysterious Planet”, the Sixth Doctor’s adventures with Evelyn must have taken place after the trial (unless there’s a story from the comics which accounts for them…?).

Regarding the whole “Mel’s stories being told out of order” thing, it occurs to me something similar was avoided on the Big Finish audios with regard to Constance Clarke. Her first actual appearance was in one of the “Last Adventure” stories, but her chronological first appearance (her second actual, which was released later), was “Criss-Cross”.

Here’s something else that occurred to me. The Valyard is said to be “an amalgamation of the Doctor’s darkest thoughts taken from between his twelfth and final incarnations” (or some such thing). For a long time, I think a lot of us assumed (I did, anyway) that that placed him between the Smith and Capaldi Doctors. (For the sake of argument, we’ll call Capaldi the 12th doctor, although I personally disagree.) Accounting for the “War Doctor” and given that the Tenth Doctor used up one of his allotted regenerations and didn’t regenerate, then the “12th Doctor” is already beyond his 12 regeneration limit (perhaps on the first regeneration of a second cycle, although I don’t think thet’s been established in canon).

So who’s the “final” Doctor? Jodie Whitaker? I don’t think so. Maybe it’s “The Curator” (Tom Baker from the day of the Doctor”). If we consider the “Curator” to be the 13th “Doctor” from the second cycle, that would make him the 24th Doctor. Therefore, if we consider the curator to be the Doctor’s final incarnation, the Valeyard then becomes “an amalgamation of the Doctor’s darkest thoughts taken from between his twelfth and twenty-fourth incarnations”. Hell, Robert Holmes thought of the Valyard to be the final incarnation of the Doctor (but it was changed after his death), so let’s split the difference and call the Valeyard the 23rd Doctor.

“I seem to have strayed somewhat from the topic of my original brief.”

You've given it more thought than I have.  I always assumed that there was a fair amount of time between "Revelation of the Daleks" and "The Mysterious Planet", since their relationship seemed to have mellowed markedly by the start of the latter story.

My fannish nerdboy story that I'll almost certainly never write is of a meeting between Peri as the Queen Mother of Yrcanos' successor and Mel as proprietor of Iceworld (Glitz having lit out for the territories ASAP after quickly tiring of Mel's incessant jabbering.). 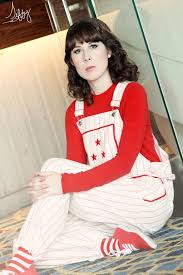 I was way overthinking this last October when I started this discussion. Now that I’ve listened to more audios, read some liner notes and done a bit of online research, a much simpler pattern has begun to emerge. The order of the Sixth Doctor’s travelling companions is (roughly) like this:

What confuses matters is that sometimes the audios are released out of order. The order in which Peri’s stories happened is particularly confusing. Here is a list of how to listen to them, along with a list of their release numbers.

After “Revelation of the Daleks” but before “Trial of a Time Lord”:
188. Breaking Bubbles and Other Stories

After “Trial of a Time Lord”:
51. The Wormery
iii. Her Final Flight (special release)
5.07 Peri and the Piscon Paradox (“Companion Chronicles” series)

Next time I’ll take on Evelyn.

What makes Evelyn's tenure confusing is that, early on, Big Finish did a Sixth Doctor/Mel story with Evelyn, a sequel to a Sixth Doctor/Evelyn story, set one year after she stopped traveling with the Doctor, yet long before they were finished with Evelyn as a character. Consequently, every Sixth Doctor/Evelyn story over the course of the next six years had to be set prior to the story in which she left as well as dovetail into it. Big Finish learned from their mistake on no longer releases stories which hamstring character development. A good example is the continuing adventures of the Eighth Doctor. Whereas there have already been several adventures set during the Time War, none of the pre-Time War stories lead directly into it and can continue indefinitely. Further complicating Evelyn's timeline is that "A Death in the Family" was actually a Seventh Doctor story.

Looking at that sequence of companions above, I think I can simpliy it even further (Frobisher notwithstanding). A broad, chronological overview of the Sixth Doctor's companions would be...

*After traveling with just Constance for a while, Flip joined them both

**The Doctor was reunited with Peri between adventures with Flip, but didn't rejoin him until later

***This period is still being chronicled.

I promise not to make things this difficult when I begin listening the the audio adventures of the Seventh Doctor.