If you’re looking forward to How to Train Your Dragon 2, which premiered June 13, you’ll be pleased to know there’s already a sequel out – in print. English publisher Titan Comics has launched a new series chronicling the adventures of Hiccup, Toothless and the rest, in the digest size (9 x 6.5 inches) popular among children’s graphic novels. Dreamworks’ Dragons: Riders of Berk – Dragon Down ($6.99) is already out, and it’s a tasty snack to whet the appetite for Dragon 2.

Written by Simon Furman, the story involves Hookfang the dragon shedding scales in spring – red-hot scales that set fire to the wooden huts of the Viking village Berk (presumably short for “berserk,” a word coined for certain Viking warriors). Stoick the Vast, Berk’s leader and Hiccup’s father, exiles the unfortunate dragon – much to the distress of its rider, Snotlout.

What follows is a timeless tale of friendship and sacrifice, wherein our heroes learn that the latter is a necessary part of the former. It’s a great message, but one inserted so painlessly into a rousing adventure tale that it’s a fun read for adults and children alike.

Dragon Down is illustrated by Iwan Nazif, who eschews the animated-puppet style of the movie for a more traditional form of cartooning. Yet the familiar faces and postures are captured so well that you half expect the familiar voices (Jay Baruchel, Gerard Butler, Craig Ferguson, America Ferrara, Jonah Hill, Kristen Wiig, etc.) to come out of their mouths.

At least three more books in the “Dreamworks’ Dragons: Riders of Berk” series are planned, including Dangers of the Deep (Aug. 26), and unnamed volumes 3 (Nov. 18) and 4 (Feb. 24, 2015). Titan also has two “Art of” coffee-table books for the two movies, all joining a cottage industry of “How to Train Your Dragon” videos and books, although the latter are mostly aimed at the pre-school set.

Not that Titan restricts itself to comics (although they do a lot of them) – far from it. Diversity, thy name is Titan. Here are some other recently released Titan tomes of interest: 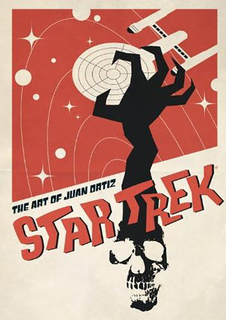 * Star Trek: The Art of Juan Ortiz ($39.95): If every episode of the original Star Trek series had been released as a movie, what would the posters look like?

That admittedly weird idea gave rise to 80 fantastic movie posters by veteran artist Juan Ortiz. Ortiz has done work for DC Comics, written and drawn his own comics, been a product designer and character artist at Disney and drawn posters for Cartoon Network.

Feeling unfulfilled creatively at the end of 2011, according to the book’s foreword, he embarked on the project essentially for practice. Pleased with how the first 40 turned out, he contacted the “Star Trek” licensing office at CBS, who were enthusiastic.

The posters are mostly done in a period style that Ortiz describes as “retro,” but what designers would call a blend of Mid-Century Modern and Space Age design. In animation terms, think Jetsons as opposed to Yellow Submarine – more late 1950s and early ‘60s than the later Peter Max era (although there is a touch of that). In comics, think Darwyn Cooke as opposed to Jim Steranko. Ortiz even includes notes for each poster in the back explaining his approach and intent, which really doesn’t hew to any particular design school.

“I have an eclectic taste,” Oritz wrote. “I think it’s just a compilation of things that I’ve appreciated, explored or filtered into my brain for almost 50 years. … I had always liked Russian film posters, but I really liked the Dutch and Swedish posters I recently discovered. Also the work of old and current designers, like Joaquin Pertierra and Andrew Lewis, that I may never have heard of had I not started this project.”

Regardless of the inspirations, the book is a jaw-dropper for Trek fans and a master’s guide in design. As my wife said before diving in, “it’s nerdtastic.” 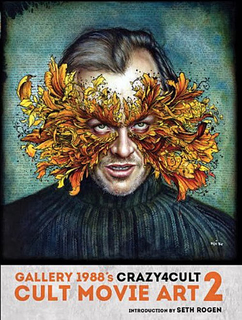 * Crazy4Cult: Movie Art 2 ($34.95): Gallery 1988 is a Los Angeles art gallery that displays fine art based on movies. That may sound like a contradiction in terms, but the result is high-quality painting and sculptures based on stuff we rabble actually care about.

Movie Art 2 is the second book collecting photos of the gallery’s offerings, and it is a spectacular mix of paintings, sculptures, acrylic on wood and some very mixed-up mixed media. All this effort is focused on fan-favorite movies like A Clockwork Orange, Monty Python and the Holy Grail, Plan 9 from Outer Space, Shaun of the Dead, The Shining and Willie Wonka and the Chocolate Factory.

Also, there’s a goofy foreword by Seth Rogen, one of the gallery’s many famous patrons from the movie industry.

By turns silly, charming and stunning, the book is well worth getting for movie fans who can’t afford Gallery 1988’s prices – which is probably all of us.

* Once Upon a Time – Behind the Magic ($16.99): ABC’s Once Upon a Time, a riff on fairy tales, is a certified hit, with 11 million watching the third season opener. But, hey, some of us are far removed from reading fairy tales, or maybe never read them at all. What to do? 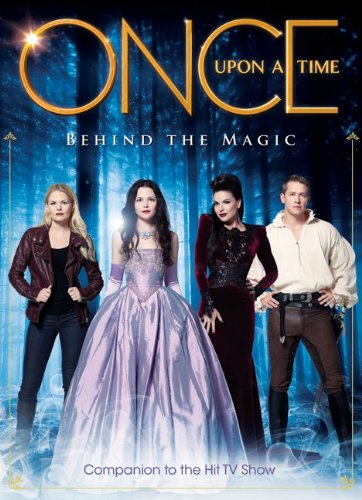 To the rescue comes this trade paperback from Titan, subtitled a Companion to the Hit TV Show. It contains interviews with major cast and crew, like the producers, Gennifer Goodwin (Snow White), Jennifer Morrison (Emma Swan), Robert Carlyle (Rumpelstiltskin), Josh  Dallas (Prince Charming) and Lana Parrilla (the Evil Queen). Significant sections explore the props, costumes, scenery and special effects. Oh, and there’s a Season Two episode guide in the back.

Glitzy, glossy and in-depth, Behind the Magic should sate the appetite of any Once Upon a Time fan. Can you imagine if we’d had these kinds of books back in the day? Star Trek would never have been canceled!

* Video Games: There’s no room to discuss Titan’s many “Art of” coffee-table books, but nobody tops Titan in presenting beautifully crafted books giving a behind-the-scenes look at many of today’s popular video games. Not only do the books explore the world-building of characters, storylines, equipment and scenes, but also some of the roads not taken. Recent releases include The Art of Castlevania: Lords of Shadow ($34.95), The Art of Thief ($34.95), The Art of Titanfall ($34.95) and The Art of Watch_Dogs ($29.99), all of which are glossy, gorgeous and best in the field.

For more information, go to titanbooks.com

I have just learned that the entire Batman (1966) TV series, all 120 episode, INCLUDING the Green Hornet 2-part crossover, will be released in August 2014. The perfect companion to the comic Batman '66.

Sure took them long enough.

What about the Green Hornet series? Was that ever released?