Rough patch or no, no way Aunt May gets married and doesn't have Peter there. NO friggin' way!

(They say that memory is the second thing to go.)

They even had a callback to that omission in Amazing Spider-Man #157 with Almost-Uncle Otto playing peacemaker! 1) I'm enjoying reading JL on Comixology more than I was enjoying it biweekly on paper. The art & action is clearer to me, and the lettering (so much lettering) is much easier to read. It's a fun book, although the issue-to-issue progress is a little slow. (So waiting till they're a buck apiece during a sale, and then reading them in a chunk, also helps!)

2) That said, there's a "Legion of Doom" interlude that doesn't actually have much to do with the LoD -- instead, it's history of the Monitor, Anti-Monitor, World Forger, and Perpetua. And BOY, is it a pretty-looking snooze.

3) Another thing that irritates me: Snyder's basic assumption that Batman is the center of the universe -- that the beings of the multiverse recognize Batman's primacy. That strikes me as completely antithetical to the character. Not that worlds can't live or die because of Batman's decisions...but because Batman should always be a wild card, the underestimated human among gods. Batman IS important to history -- but I find it hard to believe that the other major players know it.

4) There are some nice Superman/Jon flashbacks, including the two of them practicing guitar together. I really like that. What other superheroes play musical instruments (who don't also play them as part of their hero ID, like Mal Duncan, or Dazzler)? I can think of drummer Roy Harper... anyone else?

4) There are some nice Superman/Jon flashbacks, including the two of them practicing guitar together. I really like that. What other superheroes play musical instruments (who don't also play them as part of their hero ID, like Mal Duncan, or Dazzler)? I can think of drummer Roy Harper... anyone else? 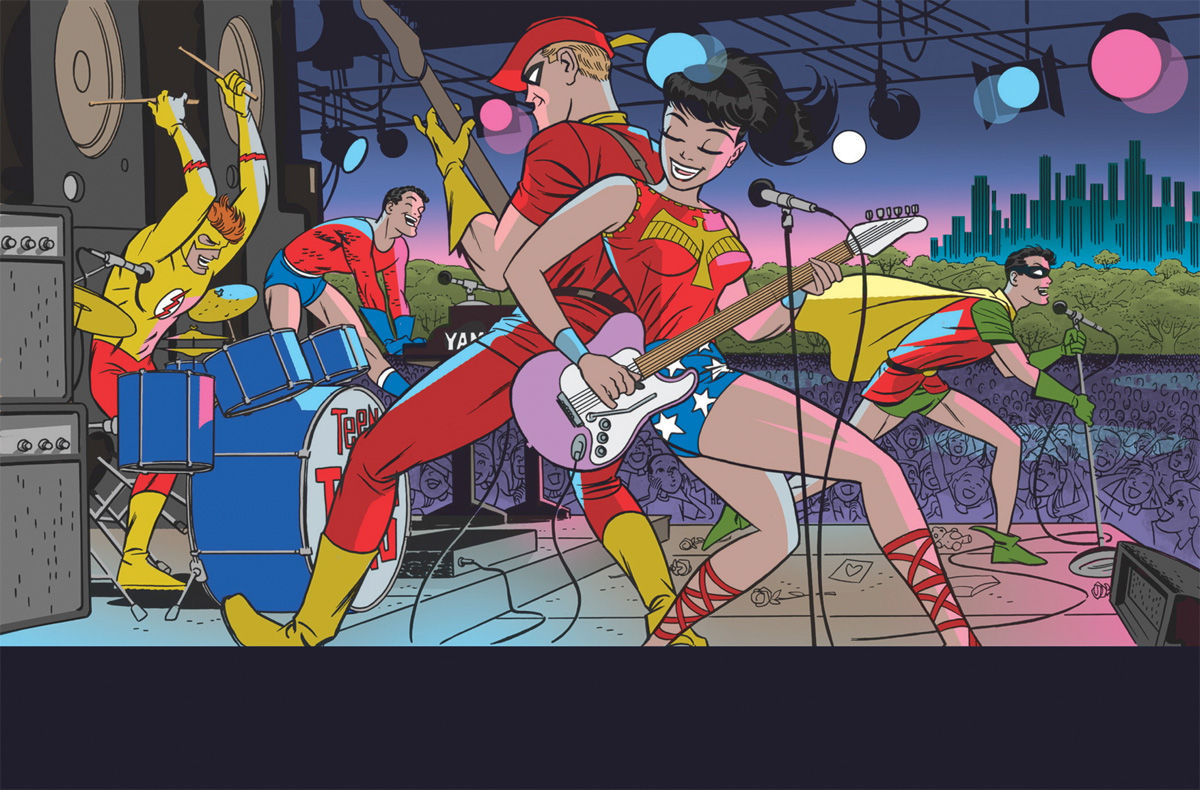 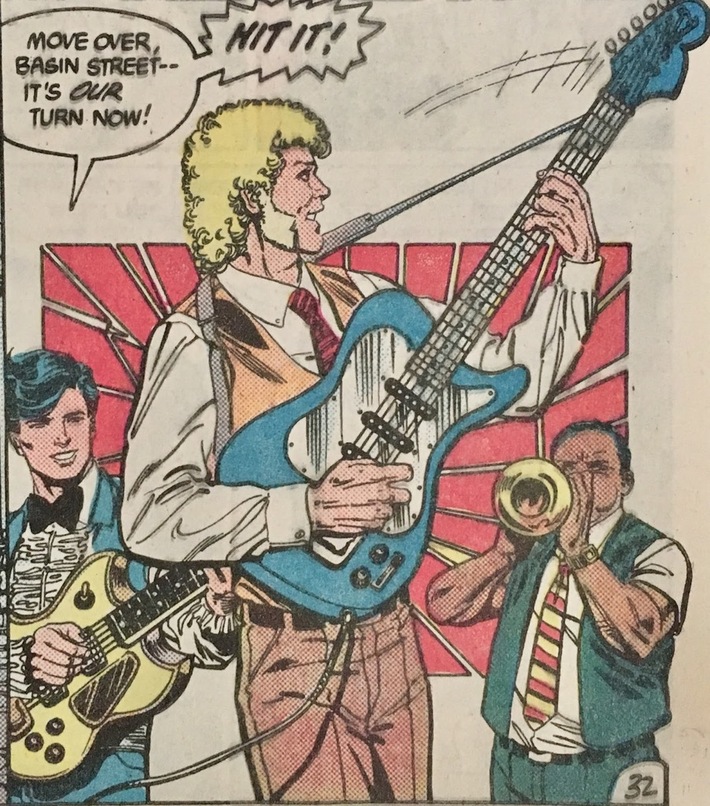 Mister Terrific playing the piano. I'm sure that he could play many other instruments as well as he is the Man of a 1,000 Talents. Oh, very nice! That great Darwyn Cooke cover sprang to mind as I asked the question, but I'd completely forgotten about Jericho and Mr. Terrific! I'd love to see the current Mister Terrific show talents other than athletics and super-science. It'd set him apart from so many other heroes in that same niche.

Aqualad is a good keyboardist because he never shied away from practicing his scales.

The Thing played sax and the Human Torch guitar in an issue of Dazzler.

And wasn't Roy Harper in a group called "The Great Frog" or something?

Yep, Great Frog -- no "the," IIRC. And I'm pretty sure that he played drums for them*, despite his time on bass in that Titans cover.

*Although my memory of Great Frog is ALWAYS conflated with a long-lost story I read in Cracked as a kid, which chronicled the rise and fall of a rock musician (I think a drummer, also). It probably appeared around the time the magazine covered Alien (with a funny "How to Watch" guide with Sylvester P. Smythe covering the readers eyes during the gory parts). For some reason the rags-to-riches-to-rags story struck a nerve with 8-year-old me.

Oh, and Black Canary has been a touring musician lately -- since DCYou, if not before. She's a lead singer, but I think she plays guitar as well.