Who knows something about smart TVs?

My wife and I finally broke down and bought a new TV, replacing the big tube thing we'd had for more than 15 years. We got a Samsung NU1701D, a 58" flast screen that plays nice with the internet.

But to our dismay, we could not watch Titans on the big screen. When I try to watch on dcuniverse.com on the Internet connection, it defaults to a screen that wants me to download another browser. The choices were Firefox, Chrome or Safari, but it didn't matter, because when I tried each one, it said the function wasn't supported.

Going to "Source," there's a place where you can download apps -- but only pre-loaded apps. Naturally, DC Universe wasn't one of them. And Google Play was on offer, but it didn't have the DCU app either.

I went online, and found that the service is listed as available on IOS (I have the app on my iPad), Android, Roku, Apple TV and Android TV. Evidently, none of those are what runs my TV, and none are available in apps.

So, do I need to buy some sort of supplemental device to download and play the DCU app? If so, I have no idea where to begin on such an adventure.

You young whippersnappers with your "smart TVs" are making me feel old.  I still remember the old B/W set we had when I was tiny that you had to warm up for five minutes before you could watch it. 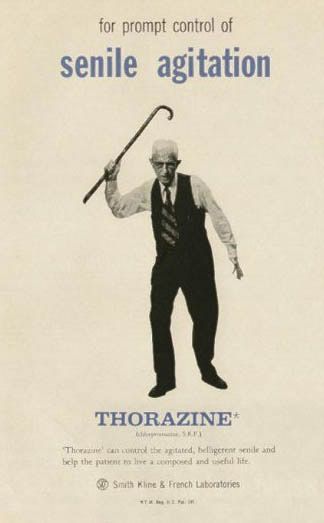 My first BluRay player (Vizio) had preloaded apps. You couldn't add new apps. I still use it for Netflix only when I'm not at my main TV.  The TV (also Vizio) had preloaded apps and supposedly could add new apps but I never figured out how. Then it wouldn't work and I got the Roku. The Roku adds new apps all the time and they're easy to select. There are some apps that are free if you want to watch a funky old movie. Like Netflix, there are a number of apps (Amazon, Hulu, CBS All Access and others) that work if you subscribe to them. As a cable subscriber I have access to The CW and PBS shows that aren't on cable. I enjoy using the YouTube option and one day hope the internet option wil be available on there.

Oh, and you could also send programming from your computer directly to the TV from a computer via HDMI. My laptop has that capability, but I haven't used it.

I have an Internet connection, too, and that's where I tried to watch Titans. But it crapped out no matter what I did. It would take me to web pages, but video was out of its league.

So is this what y'all are recommending?

by Roku
Ther's a version with fewer features that $20 cheaper but I'd rather pay extra to make sure I get what I want.
And to circle back to another item, how many of you connect your TVs to your cable box (assuming you have cable) with coaxial, and how many with HDMI? Does it make a difference, aside from opening up an HDMI port?

Here's something I just did for the first time, and it might help you, Cap. I was sent a link to a streaming video of a film for review. I was able to link my Windows 10 laptop directly to the smart TV using the "Add Bluetooth or other device" function and cast the film to the TV. Once I set the video to full screen it was just like watching any movie. Seems like that could work with Titans.

I have a Roku3, which is no longer offered. On Roku's Products page, each of the models has a "compare" button under it. Clicking one of these will take you to the Compare page. It seems that the Streaming Stick versions are useful if someone is using it away from home or if a TV is mounted on the wall. If you don't have a 4K TV there is little reason to pay extra for that. Also, even if you have a 4K TV it's hard to believe that your broadband signal can display that resolution.* Even though my Roku can handle 1080P resolution, I have it set for 720P to avoid a stuttering picture.

If I had to replace my Roku today I would pick the Roku Express 3900R.

* The 4K TV’s in the stores are displaying from 4K disks.

Wow, the 3900R is only $30 on Amazon. Although I suspect I have to buy the HDMI cable separately.

Wow, the 3900R is only $30 on Amazon. Although I suspect I have to buy the HDMI cable separately.

OK, I ordered the Roku 3900R. The Amazon description said it includes an HDMI cable, which I find hard to believe for an item that is $30 total. I'll report back once I have it installed.