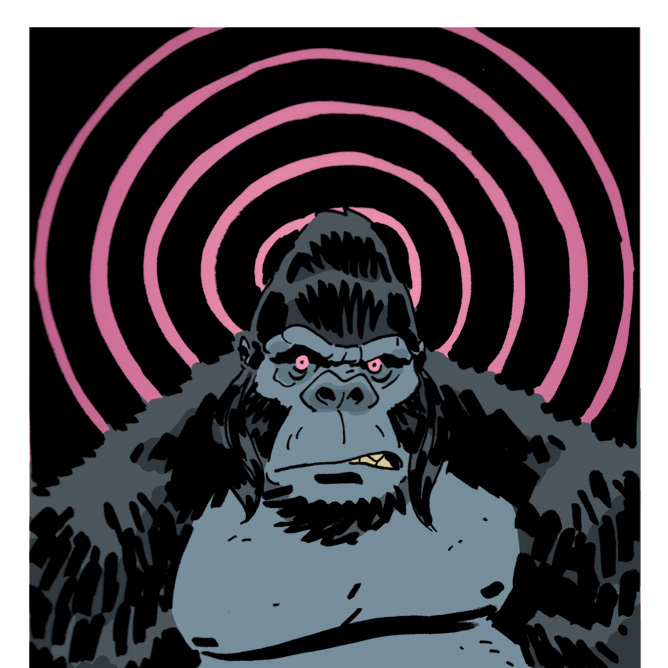 AHOY's Happy Hour 5 (or: I have another story published!)

Mark Sullivan (Vertiginous Mod) replied to Rob Staeger (Grodd Mod)'s discussion What are you blogging about today?
"A Series of Beginnings Stillwater Vol. 1 – Rage Rage; Something is Killing the Children Vol. 1; and Killadelphia Vol. 1 – Sins of the Father.  All first collections from current series."
4 hours ago

Luke Blanchard replied to Rob Staeger (Grodd Mod)'s discussion Trends in DC's Digital Reprints on Comixology
"The Annihilator's story ran from #355-#357. Although he's from behind the Iron Curtain the Annihilator is not a Communist villain. The net tells me Leo Dorfman was the writer. Wayne Boring drew. DC indexes says the Supergirl…"
12 hours ago

Rob Staeger (Grodd Mod) replied to Alan M.'s discussion So, What Are You Reading These Days? (besides comics)
"I'm reading another Hard Case Crime book, one I've had on my shelves for a while: The Cocktail Waitress, by James M. Cain. It was written in the 70s, shortly before he died, and decades after his heyday as a crime novelist, writing Double…"
yesterday

Rob Staeger (Grodd Mod) replied to Jeff of Earth-J's discussion Dark Shadows
"And now I've seen episode 350... Carolyn's curiosity has gotten the better of her, and she snooped her way into the basement of the Old House.... and Old Man Barnabas is about to bite her!Also in this episode -- David gives Carolyn the toy…"
Friday

Rob Staeger (Grodd Mod) replied to Jeff of Earth-J's discussion Dark Shadows
"Also: I listened to ...And Red All Over, the Big Finish audio that brings back Burke and Maggie! It's a fun little story, and a great production. I especially liked the explanation for how Burke survived the plane crash. And it touches on some…"
Thursday

Rob Staeger (Grodd Mod) replied to Jeff of Earth-J's discussion Dark Shadows
"I've seen through episode 149 now! We see Carolyn's room for the first time! And that nightgown! Did she grow up to be Mrs. Roper? David thinks Carolyn's in danger, and gives her the toy soldier for protection. Carolyn's worried…"
Thursday

Rob Staeger (Grodd Mod) replied to Jeff of Earth-J's discussion Dark Shadows
"That all sounds great to me. Bring on the bloooood!"
Wednesday

Rob Staeger (Grodd Mod) replied to Jeff of Earth-J's discussion Dark Shadows
"I've seen through episode 147 now. Barnabas forces Julia to rush his treatment, and he decides he'll wait a night, and try to see his first sunrise with Vicki. Meanwhile, Julia has gone to Vicki and hypnotizes her, then brings her down to…"
Wednesday

Rob Staeger (Grodd Mod) replied to Jeff of Earth-J's discussion Dark Shadows
"Yeah, that dress was really something! I feel like in the year of episodes I've seen so far, fashion has moved ahead 4 or 5. Probably some of that is the move from black and white to color -- it's given the costumer more leeway to clothe…"
Wednesday

Jeff of Earth-J replied to Rob Staeger (Grodd Mod)'s discussion Your Favorite Things of the Year! (Est. 2017)
"I copied that from Preview's online catalog so I guess they did. "
May 10

Rob Staeger (Grodd Mod) replied to Jeff of Earth-J's discussion Dark Shadows
"I knew Burke would be on the way out, so I was more inclined to take it at face value than I might have been, otherwise. I just read the first paragraph or two of your review of And Red All Over, and I might just download that and give it a…"
May 10

Rob Staeger (Grodd Mod) replied to Jeff of Earth-J's discussion Dark Shadows
"I took a little more time to watch tonight, and got through the next pivotal episode, 345... and man, the changes are coming fast and furious now! First Doc Woodard is killed, and now Burke Devlin dies in a plane crash! (Amazingly, seemingly without…"
May 10

Rob Staeger (Grodd Mod) replied to Jeff of Earth-J's discussion Dark Shadows
"Hmmmm.... I was planning on waiting till 365, but that's a pretty strong argument for doing it after 350. We'll see what my time looks like once I get there."
May 8