It’s that time of year, when Captain Comics quaffs an egg nog or two and makes gift recommendations for the geeks in your life.

To get in the mood I don my Yoda Holiday Hat, a Santa Claus hat with Yoda ears, which set me back a paltry $9.99 from the Overlords at Think Geek (thinkgeek.com). Then I decorate the tree with Star Wars holiday lights that light up Yoda or R2-D2 with festive, futuristic color, also from Think Geek ($19.99-29.99). 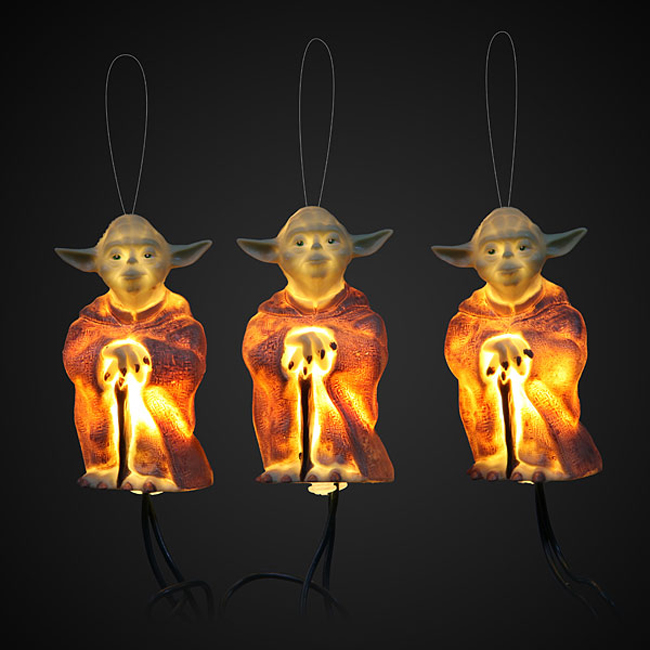 Think Geek has plenty of actual gifts, too, which is where I satisfied my itch last year for a Star Trek Starship Enterprise pizza cutter. I’ve got my eye on a few more items this year, like the Doctor Who Sonic Screwdriver Programmable TV Remote ($89.99), the Game of Thrones Stark Direwolf Bookends ($69.99) and the Lord of the Rings Etched Bar-Ware (glasses and mugs, $29.99). That’s just a sampling from a company that specializes in scratching the geekiest of itches.

Speaking of itches, avoid them with comfy superhero bathrobes from DC Entertainment (shopdcentertainment.com). Soft, oversize cotton robes with Superman, Batman or Wonder Woman styles will set you back $69.95, but you can go cheaper with Green Lantern or Joker fleece robes ($49.95). There’s plenty more DC-themed material at the site, including DVD and Blu-ray sets of superhero movies (the Dark Knight trilogy, the Superman films) and TV shows (Flash, Adventures of Superman, Smallville), action figures, various apparel and so forth. I’ve already got the Bat-robe, plus the Bat-slippers, a Bat-backpack, several Bat-shirts and Bat-boxers, but there’s always room for more!

Maybe I shouldn’t have mentioned the Bat-boxers. Let’s clear our mental palette by thinking about the Avengers, which – as you’d guess – is a franchise with lots to offer this year. 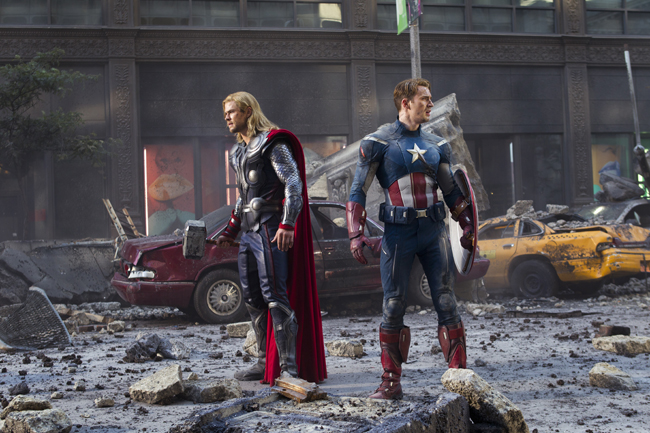 The movie itself is out in various formats – Blu-ray and DVD, in 2 discs and 4, in 2D and 3D, beginning at $18 for the DVD version (with prices rising with additional extras). Of course, if your intended recipient doesn’t have the prequels to Avengers, you might toss in Captain America: The First Avenger, Incredible Hulk, Iron Man, Iron Man 2 and Thor, all available wherever movies are sold.

Or you could just give an IOU for the simply astounding Marvel Cinematic Universe: Phase One – Avengers Assembled ($219) collection, which is scheduled to ship in April. Phase One includes Blu-ray versions of all the movies listed above, with bonus 3D versions of Avengers, Captain America and Thor, plus a “Top-secret Bonus Disc” which will likely contain previews of upcoming Marvel films, such as Ant-Man, Captain America 2: The Winter Soldier,  Guardians of the Galaxy, Iron Man 3 and Thor 2: The Dark World.  One mystery is what the case will look like – Marvel’s original solicitation showed the discs contained in a replica of the S.H.I.E.L.D. briefcase that held the tesseract in the movie, but the luggage manufacturer that designed it sued! While some other design will be used, the real impact of the lawsuit is that it delayed the set’s release beyond Christmas. Thanks a lot, Rimowa BhmbH of Germany (yes, that’s their real name).

But aside from the usual action figures, T-shirts, games, etc., I think the crown jewel of Avengers paraphernalia has got to be the Stern “The Avengers” pinball machine. Yes, it’s pricey, at $5,699. But it’s a real, honest-to-Odin, old-fashioned, working pinball machine, and it’s as cool as the other side of the pillow. (And if Avengers isn’t your plate of shwarma, Stern also offers Batman, Iron Man, Spider-Man and X-Men machines.) Navigate over to sternpinball.com to order (or just to drool). Also drool-worthy are the Avengers maquettes, busts, statues and sixth-scale figures at Sideshow Collectibles (sideshowtoys.com). These are also rather pricy, but where else are you going to get a foot-tall World War II Captain America poseable figure that really looks like Chris Evans, with a genuine metal shield and real leather jacket?

And, because I’m on my third egg nog, I’ll mention Sideshow’s Darth Vader Life-Size Bust – not only because it’s cool, but because it costs $1,200. Yes, it looks like Anakin Skywalker under the helmet, and each one is individually painted and finished, and constructed in fiberglass, polystone, fabric and metal (real wiring!), which is awesome. Still, I just want to meet the fan who can spare that kind of cash for what amounts to a ginormous paperweight.

2. Thor (Chris Hemsworth) and Captain America (Chris Evans) were two of the stars of Marvel's The Avengers. Copyright Marvel Films.

Think Geek has plenty of actual gifts, too, which is where I satisfied my itch last year for a Star Trek Starship Enterprise pizza cutter.

Thanks for the reminder, Cap! I saw this at HeroesCon last summer and thought about buying it for my wife, who is a huge fan of the original Star Trek. But I dithered over the price, and when I returned later it had been sold. One is on its way even as we speak. ThinkGeek seems to be really efficient, at least this time of year. I ordered it online last night and I've already gotten the shipping notice.

This is a better list than a local TV station put up on their website. All Batman related stuff and that new Marvel book. That was it.

And to help those close to you figure out just what you are talking about in your holiday hints ;) 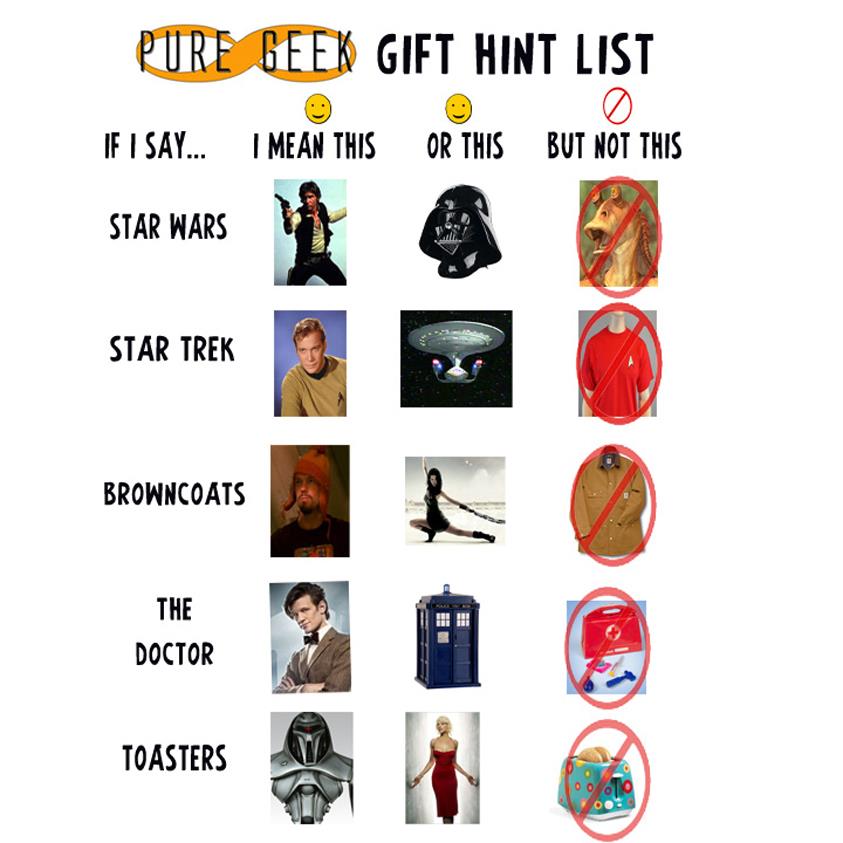