Plus, he’s been a huge comics fan since his youth, with Captain America a favorite since his 30s.

“There is something honest about Captain America,” Weiner said in an interview. “He is not a Boy Scout like Superman. He does what is right regardless of consequences. Cap is not a government stooge, [with] ‘Civil War’ … a perfect example. But he stands for everything that is good about America; the American ideal that we should all strive to incorporate in our lives.”

Weiner says Cap is among his top three characters, with Batman and the Silver Surfer. But he also cites favorites like 3-D Man, Kull, Human Fly, Superman, Moon Knight, Blazing Skull, the original Human Torch, Mister Miracle, the original Sandman and Dr. Fate. But it was the (temporary) death of the Sentinel of Liberty that prompted action.

“The inspiration for a scholarly study of Cap came when I heard he was going to be shot.” Weiner said. “I basically wanted to do a book about my favorite character with folks bringing in their different perspectives.”

Those perspectives vary from the proud fan to the professional academic. Some academics are also fans, he said, which increased his options. But “I like having a balance between total fan writing and academic heavy stuff,” Weiner said.

How did he select the essays? Weiner says he "sent out a call for papers on Cap. If I liked the ideas, I told the author to go for it. … The one thing I did not want is for the book to impart a blatant political stance one way or another, so there were pieces that I rejected. … Obviously there is some political stuff in the book. I did not agree with everything in the book, but … that is OK.” 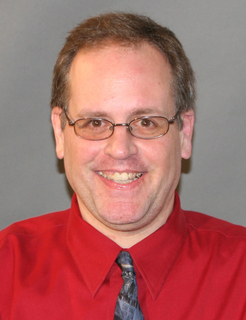 And there was some stuff in there Captain Comics didn’t agree with. The first essay is a history of Captain America by Christopher Hayton and David Albright, which assigns political positions to various Cap eras – some of which I thought were accurate; others I thought were a stretch. Which delights Weiner.

“I don’t think anyone can write an objective history of a character,” he said. “I am glad you disagreed with Hayton and Albright’s essay, but it is still a well-written piece as is and it gave you something to think about. The goal of the book is met by the very fact that you disagreed with it.”

* “Not Just Another Racist Honkey,” which puts the introduction of The Falcon in context with the concurrent Blaxploitation trend;

* Two essays, one by Weiner, which explores Cap’s guilt over the death of Bucky as Post-Traumatic Stress Disorder;

* An essay which examines Captain America and the use of lethal force; and

* Comparisons of Captain America to The Punisher, Captain Britain, the “Marvel Zombies” Colonel America and, believe it or not, the Haunted Tank from 1970s G.I. Combat.

Weiner is also a film historian, so it was only natural I should ask him what he wanted to see in The First Avenger: Captain America, scheduled for a 2012 release.

“I would love to see Cap really go at it with the Red Skull,” he said. “Not like the 1990 movie, but something really awesome. The Red Skull is really a great villain. Pure evil, and a Nazi to boot. …

“I’d like the movie to actually be a good film, but stay true to the Cap mythos. I actually like the old serials and Reb Brown movies even though I know they are not very good. … But all those films stray away from the essential mythos of Cap so there is the problem. … You have to be able to balance that against making it contemporary.”

You could say it’s the struggle of the superhero.

Comment by Jeff of Earth-J on October 15, 2009 at 9:51am
I remember seeing this book solicited, but I don't remember whether or not I pre-ordered it. I think I untimately decided to forego the additional discount rather than risk committing to a book I may not like. After reading your article, Cap, I think I may have made a mistake. Oh, well. I can always buy it off the shelf and still receive my usual 10%. Remember that Captain America: Red, White & Blue hardcover from a couple of years ago? (I know you do.) This book sounds like the prose equivalent to that.