'Batman: Under the Red Hood' dark, rewarding -- and not for kids

It is. The movie revolves around a gang war between Gotham’s underworld kingpin, the horribly disfigured Black Mask, and a newcomer wannabe, Red Hood – and it isn’t pretty. In addition to many murders by those two worthies, as they shoot, hijack, knife and blow up each other’s minions, one gang lord attempts to use The Joker against the other, with predictably unpredictable – and lethal – results. In one scene the Clown Prince of Clown beats a trussed-up Robin with a crowbar; another has him trying to set fire to a group of people doused in gasoline. 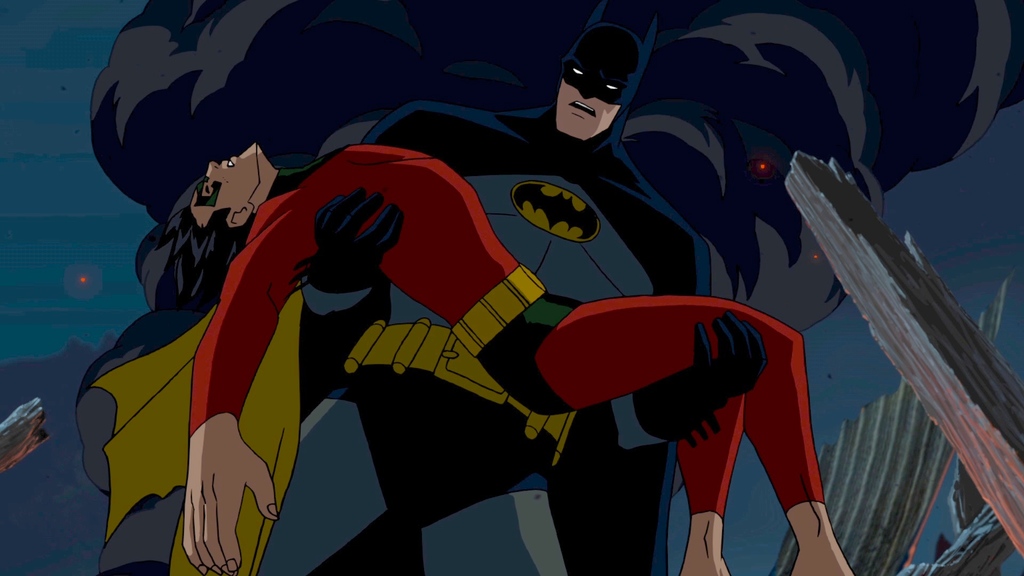 Not for the kiddies, obviously. And not just for the violence; the film is dark thematically, too. For example, the audience is asked to question whether Batman is a noble hero or a moral coward for allowing The Joker to live – and, inevitably, kill again. The movie also deals with love, estrangement and loss between a father and his sons, and is emotionally raw.

This is more like a Turgenev novel than a Batman movie, but is familiar turf for Batman comics. This film lifts elements from, or refers to events in, several different Bat-epics from the last 20-odd years. Comics fans will nod knowingly. 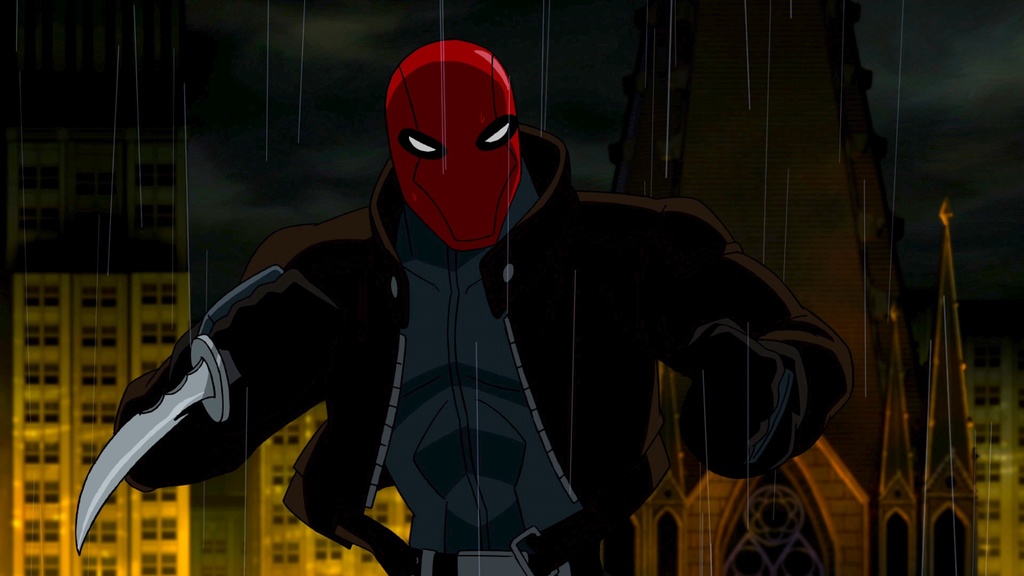 In fact, when I read the premise for the film I feared it might be a little too inside baseball for a general audience. The movie must cover the careers of two Robins (there have been five), including the Nightwing business; explain Ra’s al Ghul and his Lazarus Pits; reference the origin of the Red Hood disguise (The Joker wore it first); show us Arkham Asylum and get The Joker out of it; and much more. That’s a lot to pack into a movie, and throw at an audience, and still have time to tell a story.

But Red Hood manages to get all the exposition out of the way fairly painlessly, and tell that dark, dark story. Credit is due writer Judd Winick, a veteran comic-book scribe who wrote the bulk of the Red Hood story in the comics. He’s adapting his own work, and that’s like having a Sherpa while climbing Mt. Everest.
Of all DC’s animated movies, “Red Hood” probably has the fewest explosions and least superhero action per reel. But it’s easily the most dramatic and emotional. 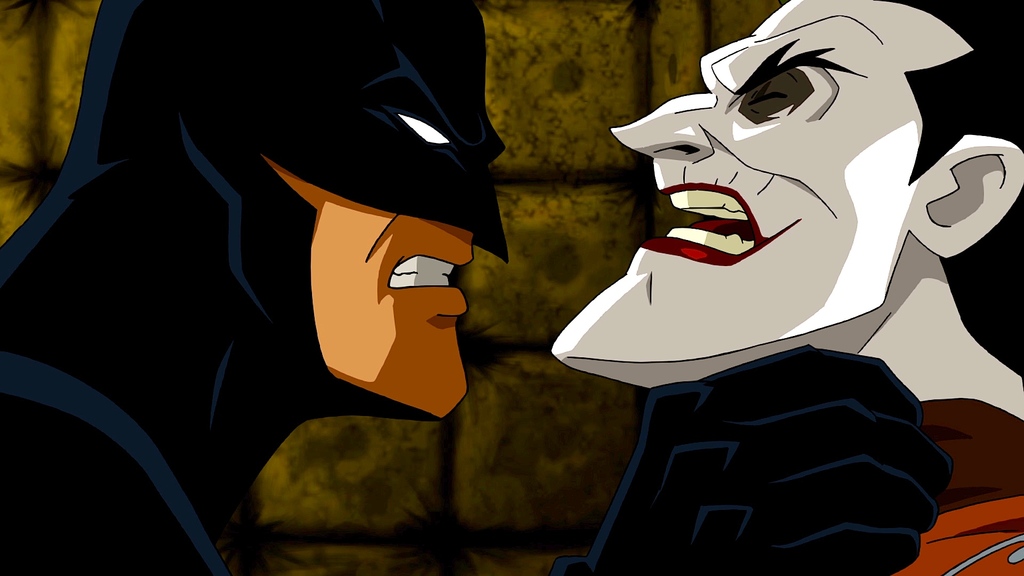 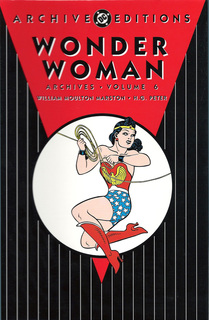 It’s a little disturbing to admit, but I've begun to see the appeal of the Golden Age Amazing Amazon in her latest reprint book, Wonder Woman Archives Volume 6 ($59.99). This Archives reprints all the WW solo stories from May to December 1945, and are pretty charming.

I’ve complained before about the bizarre subtext of early Wonder Woman stories, especially her propensity for getting tied up in suggestive positions and everybody’s eagerness to “submit to loving authority.” This was deliberate, as writer and creator William Moulton Marston was proselytizing his peculiar ideas about sex and dominance. 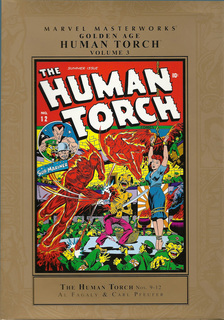 But this book had less of that, and I could see Marston’s other big idea shining forth – that of a fairy-tale princess having adventures where love is stronger than violence. With the old-fashioned, baroque artistry of H.G. Peter adding to the folklore feel, this particular selection hits Marston’s demographic target – young girls – dead on. And it can bring a smile to jaded old male critics as well.

I can’t say the same for Marvel Masterworks: Golden Age Human Torch Volume 3 ($59.99). These stories come from Fall 1942 to Summer 1943, when all the major talents at the company were in the service … and it shows.

Not just because the art and writing are amateurish. But also because these stories doggedly follow a formula that allows the Torch (and sidekick Toro) to be doused and put in jeopardy. In theory that’s good drama, but in reality it makes this powerhouse pair look as dumb as a bag of hammers for getting tricked in every single story.

That gets old pretty fast, and I can’t wait for Marvel’s reprint books to clear WWII so we can see the big talent again.

Comment by Jeff of Earth-J on August 5, 2010 at 2:38pm
My pre-orders have been coming in faster than I can afford to pay for then, and these volumes of Human Torch and Wonder Woman are still sitting in my pull and hold waiting to be purchased. I just noe got back from my LCS where I traded some things culled from my shelves for $100.00 worth of credit. Because these volumes are $60 apiece I ended up getting Jesse Marsh Tarzan and Turok, Son of Stone, both volume six.

But do you know what's shipping next week? Do you? That's right, The Adventures of Superboy! There's one that's not going to languish in my pull and hold (nor yours, unless I miss my quess). That one's moving straight to the top on my "to read" stack!

Comment by Captain Comics on August 5, 2010 at 6:19pm
Yes, I'm definitely looking forward to Superboy! Did you notice it's not in the Archives format? Instead it's in the format the Kirby stuff is in -- the Fourth World books, Newsboy Legion, Sandman and the upcoming Boy Commandos. I can understand that they may not have the rights in entirety (or in perpetuity, or both) and therefore don't want to compromise the Archives "brand" with something impermanent. But the format they chose was interesting. Does that mean they believe the Kirby trademarks are in legal jeopardy? Was it just handy? I'd sure like to know how that decision came about.

Comment by Cavaliere (moderator emeritus) on August 5, 2010 at 10:48pm
I appreciate the "head's up" on the movie. I've been watching all the DC animated movies with Alex but I'll watch this one solo.

Comment by Jeff of Earth-J on August 6, 2010 at 8:30am
I did notice the different format (and I didn't mean to threadjack your reviews), but I was just so excited! I really don't have a clue about the behind-the-scenes legal wrangling; as fascinating as it may be, I'm just pleased to be able to read these stories for the first time ever.