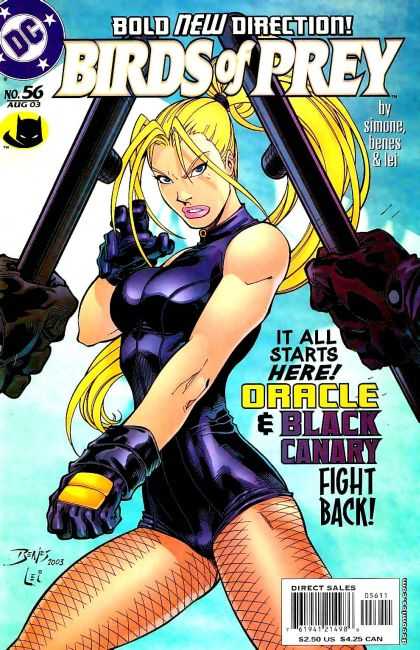 After a few weeks of coasting, the DCU seems to be launching new titles or runs every week, lately. A couple weeks ago saw the debut of Green Arrow; last week we had a new branch of the Batman saga with the Red Hood story. This week, we see four (well, 3½) issues of Birds of Prey. I’d be hard-pressed to think of a worthier choice.


Birds has a free 10-page teaser from the first issue of the most recent series by Gail Simone & Ed Benes (which is up to issue 4 or so on the stands). But DC also is offering the first three issues from Simone & Benes’s initial run, Birds of Prey vol. 1 #56-58. In addition, this week’s free origin is of the Birds of Prey.

DC continues its current titles, with a new Morrison Batman issue (673), and two more of the Winick story (637-638), two more issues of Green Arrow, new issues of Green Lantern, Jonah Hex, JLA, and Superman/Batman, plus the final issue of Morrison/Quitely’s run of All-Star Superman. I’d expected a new Superman book to debut this week, but that was apparently not to be. Anyone have any suggestions on where they might go from here?

A couple of days ago, DC also offered a promotional tie-in to the new TV show, The Event, offering the first issues of some of the biggest events in DC history for (mostly) free. These include the first issues of 52, Crisis on Infinite Earths (which is now officially the oldest mag DC has up), Identity Crisis, Infinite Crisis, and Final Crisis. Blackest Night 0 is lumped in with these at 99 cents. (Did it used to be free? If so, we’ve achieved an inflation rate of infinity.) Plus, there’s some promotional copy for the TV show, if anyone’s interested.

Edited to add: Because of the Labor Day shipping delay to US stores, Justice League: Generation Lost #9 wasn't released digitally until Sept. 9th. But it's there now!

After catching me off-guard with the debut of American Splendor last week, Vertigo chugs along this week, extending the runs of it’s mainstays:DMZ, Fables, Sandman and Y: The Last Man.And, of course, American Splendor, which has one more issue to go (and then another miniseries after that, which I suspect we’ll see soon).

Wildstorm has again abandoned its Core Four and Planetary. It continues last week’s debuts of Gears of War and Welcome to Tranquility with one issue each, however, and also keeps Ex Machina and Supernatural chugging along. (Welcome to Tranquility was only 99 cents for the first issue, by the way. This week’s issue is 2 bucks.) 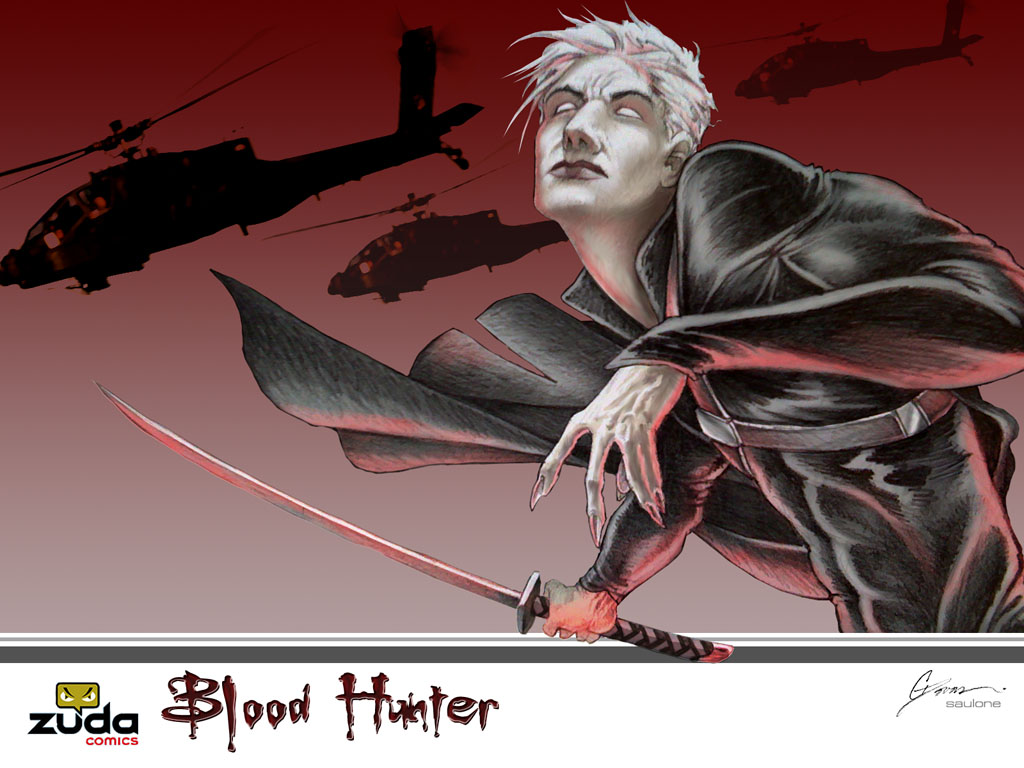 As was foretold, Zuda offers its customary four titles, extending High Moon, The Night Owls and The Hammer, and debuting Loren Meyer’s all-vampire society comic, Blood Hunter. The Zuda blog promises that next week we'll get more Night Owls and Blood Hunter, along with another installment of High Moon and the debut of I Rule the Night.

The DC Store hasn’t updated yet, but when it does, I’d expect a big Birds of Prey banner. Seems like between Tranquility and Birds, DC is finally promoting Gail Simone here – a smart move,since she’s one of their highest-profile (and best) writers.

Among other companies’ new releases, I’m really happy to see Rick Remender’s Last Days of American Crime debut, since I’ve been interested, but hadn’t yet picked it up. Also, Turf #1 is available to read for free. The series comes out slow as molasses (only two are yet available), but for those who like vampires and aliens and 20s-era gangsters, and who hate decompression (Don MacGregor fans, particularly!), this is the cat’s knees. I mean, the bee’s pajamas. What I mean to say is, it’s really great, give it a try.

Comment by Rob Staeger (Grodd Mod) on September 9, 2010 at 2:26pm
As always, I'm completely befuddled by why one paragraph is a smaller point size than the rest. But considering I had to break and rebreak the paragraphs several times in the course of editing this, I should be happy that everything else looks okay (though I should have bolded DCU and Zuda. Grr.).

Comment by Cavaliere (moderator emeritus) on September 9, 2010 at 2:55pm
Generation Lost for me, of course, but I'll also buy those three Birds of Prey back issues. 99c each is a great price.

Comment by Travis Herrick (Modular Mod) on September 9, 2010 at 3:36pm
Blackest Night #0 was offered initially as a free comic. Hopefully the digital version of Last Days of American Crime comes out a little bit faster than the print version did.

But there are a lot of gaps in my Simone BoP collection -- after reading a few, I dropped it until issue 100, then went back and bought a bunch of random back issues and a couple trades for cheap -- so it'll be a great way to fill in what I missed. Hopefully another Comixology sale will come along in a few months. That first one was awesome!

Comment by Rob Staeger (Grodd Mod) on September 9, 2010 at 4:00pm
Another thing I should add... it's odd that Wildstorm didn't release the second issue of the Kane & Lynch 6-issue miniseries that debuted last week.