First off, it might be interesting to do a breakdown of books by imprint. It seems counterintuitive to me, but Wildstorm is releasing as many books as the DCU is, with 8 apiece – and that’s including DC’s two-page Atom origin. Vertigo releases 5 books this week, and Zuda, 4.

Zuda keeps on issuing debuts – this week it’s Zerocalcare’s Safe Inside, an anti-authority narrative framed in a post-zombie world. Deadly, Bottle of Awesome, and Bayou also get extensions – though, interestingly enough, not High Moon. Will we see Zuda’s two longest-running titles alternate weeks for the foreseeable future?

Wildstorm is all about building its current titles, adding one each to its core four, plus Planetary, Ex Machina, X-Files and Supernatural. Supernatural: Origins has a special left to be released; we’ll see if it shows up next week. 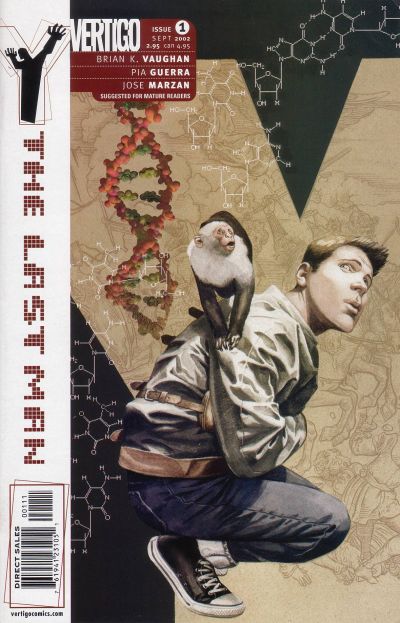 Vertigo, it seems, is finally expanding, with its sixth title being (drumroll, please) Y: The Last Man. Vertigo offers issue 1 for free, plus issue 2 once you’re in a payin’ mood. The big V also releases new issues of DMZ, Fables, and Sandman. I can’t help wondering when The Unwritten is coming back (at least to complete the first story), and The Losers, of course, is long lost at this point.

The DCU doesn’t offer any expansions this week. We’ve got All-Star Superman, Batman, Green Lantern, newcomer JLA, Jonah Hex, the day-and-date Justice League: Generation Lost, Superman/Batman and the origins all getting a new installment (as mentioned above, this week’s 2-page origin is the Atom, Ray Palmer). One thing of interest: Having completed both the "Secret Origins" and "Sinestro Corps War" storylines, DC has decided to go back to the beginning of the current Green Lantern series, offering issue 1. I guess that makes more sense than filling in the gap between the two extant storylines with “The Alpha Lanterns,” as I understand that was largely buildup for GL participation in Final Crisis. 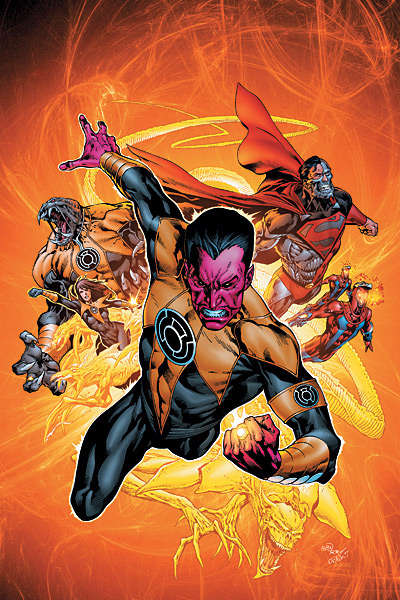 While the DCU store hasn’ t updated to the current week’s offerings yet, there’s been a reorganization of DC’s product through the publishers buttons. Wildstorm, Zuda and Vertigo all maintain their separate offerings under their own umbrella, but the DC button now leads to all of DC’s product, in the DCU as well as the other imprints. It’s getting to be pretty sizable, though I’d like to see a DCU-specific button available, too. (I’d also like them to fix the alphabetizing error that puts titles that begin with “The” all under T.)

Another change in organization I’d like to see are some storyline-specific buttons. For example, under Batman, I’d like to see, in addition to the individual issues, buttons for "Year One," "Hush," "Batman & Son" and more. Easy enough, since they’re all one title. But what makes buttons like this really important is for things like "The Sinestro Corps War," which is nearly impossible to follow as things stand. Readers should start in The Sinestro Corps Special, then move on to various issues of Green Lantern and Green Lantern Corps in a difficult-to-follow order (they almost alternate, but not quite). A button that could lead to a chronological layout of the whole story could be a tremendous help. And it certainly won’t be the last time this problem crops up.

Comment by Rob Staeger (Grodd Mod) on August 11, 2010 at 2:38pm
Hey -- anyone know an easy, reliable way to deal with images in blog posts? Ning's image interface isn't the greatest, and I'd like to get some space between the text and the pictures (particularly the lefthand one). Even WriteArea hasn't been completely reliable in this regard.

Any tips? HTML code you can pass along?

Comment by Figserello on August 11, 2010 at 5:41pm
Hi Rob. I'm even less proficient than yourself. I can't get the pictures to be surrounded by text like that. How do you do that?

Can you send me a transcript of some of that text so I can maybe try to figure it out?

Good point about the Sinestro corps war. Even the TPBs that DC released for that are a shambles. The specials should be interleaved with the main issues, but they are in a seperate book, incvluding some important resolution issues of the story.

Comment by Rob Staeger (Grodd Mod) on August 12, 2010 at 1:39am
Incidentally, DC has updated the DC Store now -- and while they might not have the logistics down, they *are* promoting two different GL stories. The banner is "No Fear," the story that begins in GL 1. One of the three buttons is the Sinestro Corps War (although it brings readers to GL 21, not the actual beginning of the story).

The other two buttons are Planetary and Fables. The featured comics are the three freebies (The Atom Origin, Safe Inside and Y #1), along with X-Files, JLA, Generation Lost, All-Star Superman, Gen 13 and Batman.