Sorry for the late column, folks. Been a busy week at chez Staeger. But time marches on, and DC marched through this Wednesday with another sizable week of digital releases. There are 55 new releases in all; it seems like 58, but issues 1 to 3 of Identity Crisis are listed in the New Releases section along with this week’s issue 4.
Foremost among DC’s debuts is Green Lantern Corps. Not only did DC wrap up the introductory Recharge miniseries this week, but it went right into the ongoing, kicking it off with the first six issues. There are a handful of issues later in the run already collected, too, from the Sinestro Corps War, and if this release is any indication, GLC will probably be closing the gap between them pretty quickly. With the Green Lantern movie trailer stirring up excitement for the property, I can only imagine DC wants as much GL material as possible available.
DC’s other big releases this week come from Wildstorm. The first is the adaptation of the TV show Chuck. It’s a six-issue mini, so my guess is we’ll see the rest of it released in singles for the next four weeks.
Next is the first issue of World of Warcraft: Curse of the Worgen. This seems to be DC’s second day-and-date release, this time without the fanfare that Justice League: Generation Lost had. (At least in comics circles; things may be different among gamers.) Like Gen Lost, this is priced at $2.99. Interestingly, the second issue of Telera Chronicles, another video-game adaptation, was released the same day issue 3 hit the shops; it’s priced at the standard online charge of $1.99. I suspect an experiment is going on here. Is a one-dollar discount worth a one-month delay? 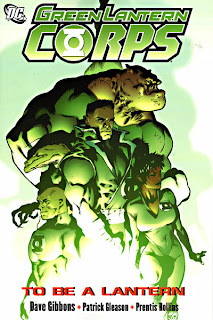 There are a couple of other debuts – JLA Secret Files, and New Years Evil: Prometheus, but both seem more like something to augment the JLA releases than anything else.
Other than that, the week is mostly about moving the ball forward for the various existing titles. Vertigo sees another issue of 100 Bullets, Fables, Sandman and Y, and two more each of Hellblazer, The Invisibles and Transmetropolitan. In addition to Chuck and the videogame books,
Wildstorm sees another issue of The Authority, Ex Machina, Planetary, Welcome to Tranquility and Sleeper, down to one issue this week.
DC has an unusual three free secret origins this week: Elongated Man, General Zod and Prometheus. It continues the Death of Superman with four books this week, including Adventures of Superman, Superman, Superman: Man of Steel and Justice League America, a book that because of its title and issue number is currently being slotted after the existing Meltzer/Benes incarnation of Justice League. (Incidentally, JLA 69 doesn’t have a triangle number, but it should be read between Man of Steel 18 and Superman 74.)
DC’s also continuing Morrison’s Batman, The Long Hallowerrn, Birds of Prey (2 issues), Flash: Rebirth, Green Arrow, Green Lantern, Identity Crisis, JLA (2 issues and a Secret Files), Justice Society (2 issues), New Years Evil: Prometheus, Power Girl, Starman (2 issues), Superman (“For Tomorrow”), and Wonder Woman (2 issues).
The DC Store banner is World of Warcraft this week; Superman: For Tomorrow, the GLC, and The Invisibles as its featured picks on the side.
Rob

Comment by Cavaliere (moderator emeritus) on November 26, 2010 at 3:27am
Okey dokey. I bought several "BL" tie-ins that I skipped originally because they weren't worth 3$ an issue to me. 1$ an issue, though? Sold! I did still skip a few. Even at 99c each, I just wasn't interested enough in, for example, Weird Western Tales.

Comment by Cavaliere (moderator emeritus) on November 26, 2010 at 3:10am
It would be an even better deal if having a sale didn't crash their server again.

Comment by Cavaliere (moderator emeritus) on November 26, 2010 at 3:02am
Oh, thanks, Figs. I already have most comics with "Blackest Night" on the cover but I'll buy a few more at that price.

Comment by Rob Staeger (Grodd Mod) on November 24, 2010 at 12:59am
The downloadables tend to be $1.99 apiece, unless they're released on day of publication. Though The Dark Knight was an exception, so who knows? But I'd guess they'd be 2 bucks -- making the whole thing roughly $158. A steal!

Saints preserve us! Is it ok if I just read the 8-issue series and the Batman and Superman ones?

Comment by Rob Staeger (Grodd Mod) on November 23, 2010 at 7:00pm
Very interesting... I just checked out DC's site for new releases, and while this week's aren't posted yet, there IS one listed for Nov. 26: the previously released Blackest Night #0. But the description of the book reads, in part:

Hopefully this is a signal that DC/Comixology is working on a mechanic to track crossovers across titles.

Comment by Cavaliere (moderator emeritus) on November 22, 2010 at 9:54pm
I only have part of the Chuck limited series so this will be a great way to fill that particular hole in my collection. I'm still buying Generation Lost, too. Or at least I will be when I'm not broke.

Richard Willis replied to Commander Benson's discussion Deck Log Entry # 237 The Silver-Age Challenge---the Cape and Cowl Contest
"Welcome from me, also. Yesterday I tried to post this using my phone and it never made it. Any post…"
4 minutes ago

Dave Palmer replied to Captain Comics's discussion This Week in Comics: June 20-26, 2022
"For an 80s example see Silver Star, and for a 90s example see Bombast."
10 minutes ago

Steve W replied to Steve W's discussion A Cover a Day
"Hi all. George Perez not really my subject. Have had a short break from the thread but missed it…"
25 minutes ago

Richard Willis replied to Steve W's discussion A Cover a Day
"Peter Wrexham said: I notice that Steve W hasn't posted anything since this cover on June…"
29 minutes ago

Rob Staeger (Grodd Mod) replied to Jeff of Earth-J's discussion Dark Shadows
"I guess I was really busy the week before I went on vacation, because I watched several episodes…"
46 minutes ago

Jeff of Earth-J replied to Randy Jackson's discussion Misheard lyrics you prefer to the original
"Regarding pareidolia, I've got a story for you... When I was in college, an evangelical…"
2 hours ago