Does Hollywood 'get' Judge Dredd?

One reason I ask this question is because the last one missed the mark so badly. (That was Judge Dredd, made in 1995 and starring Sylvester Stallone.) Another is that I’m not sure a faithful adaptation could work on the big screen, and maybe it shouldn’t be tried.

That’s because Judge Dredd, the English comic-book strip that began in 1977, works on more than one level. One level is straight action-adventure science fiction, which Hollywood does very well. (It’s something videogames do well, too, and a popular first-person shooter Judge Dredd game debuted in 1997.) 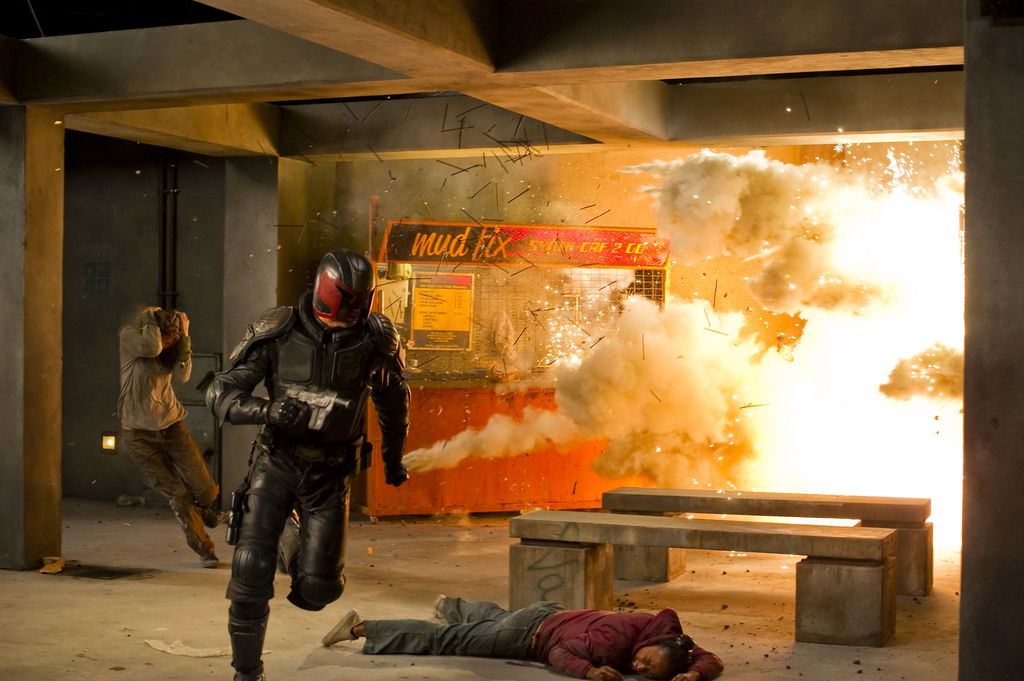 The premise of Judge Dredd is a dystopic future where atomic war has rendered huge parts of the globe uninhabitable, except for mutant animals and humans. The bulk of humanity lives in walled-off “mega-cities” that cover huge tracts of land, but not nearly enough land – people are stacked on top of each other in city block-size apartment complexes (most with tongue-in-cheek names like “Rowdy Yates Block” and “Ernest Borgnine Block”). And not only are people being driven crazy by the lack of living space, they are also mostly unemployed, as robots do all the work. The combination means that the mega-cities are essentially ungovernable, as people follow fads in a frenzied fashion and occasionally erupt into murderous violence. Virtually all activity is illegal on some level.

Enter the judges, who supply the only law enforcement. They are police, judge, jury and executioner all rolled into one, riding the streets on high-tech motorcycles dispensing frontier justice. And the scariest judge of all is our title character, Judge Dredd, a clone of the first judge whose sense of justice is unwavering, who is absolutely incorruptible and whose sentences – including death – cannot be swayed by any appeal to his humanity. 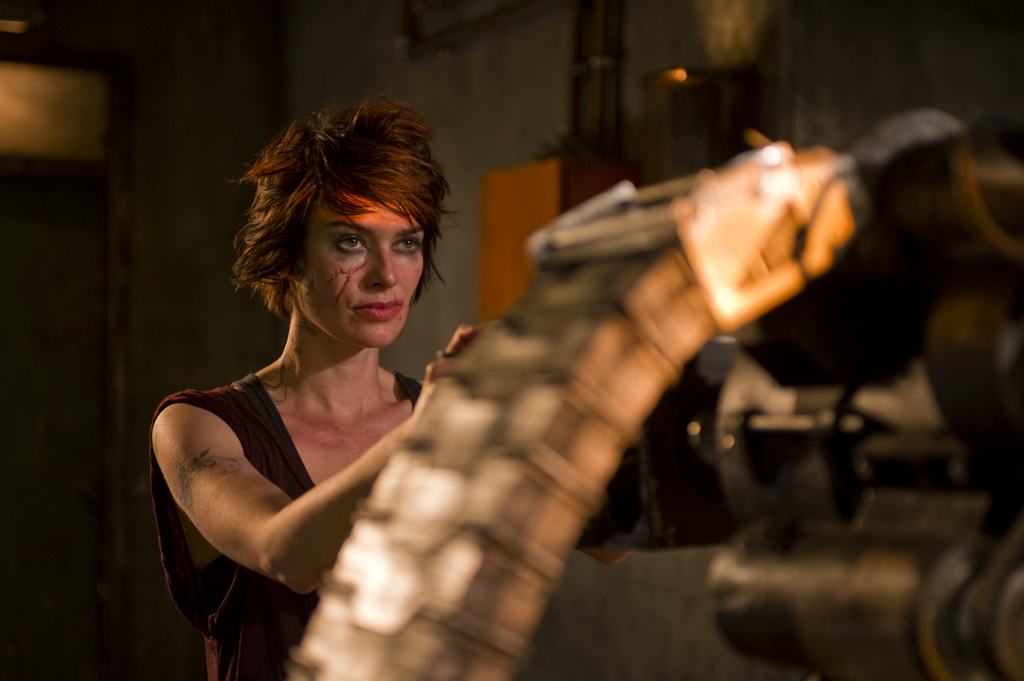 Because, essentially, he doesn’t have any. There’s the second level of Judge Dredd: self-parody. The creators of Judge Dredd took the Dirty Harry idea, which Europeans don’t admire at all, to its logical extreme. They also incorporated all the clichés Europeans hold of Americans, of gun-crazy cowboys whose solution to everything is ultra-violence.

In short, the judges are not necessarily good guys. Notice, for example, how the judge outfits are vaguely Nazi-like, with a ludicrously large American eagle on one shoulder.  The judges are flat-out fascists, but the irony here is that fascism may be the only solution in this dysfunctional world. So we sometimes laugh at the judges, sometimes admire them, but mostly we dread them – hence the title. That’s a pretty sophisticated underpinning to what on the surface looks like an exaggerated cops-and-robbers strip.

Somehow, I don’t think that aspect of Judge Dredd will appeal to American audiences. 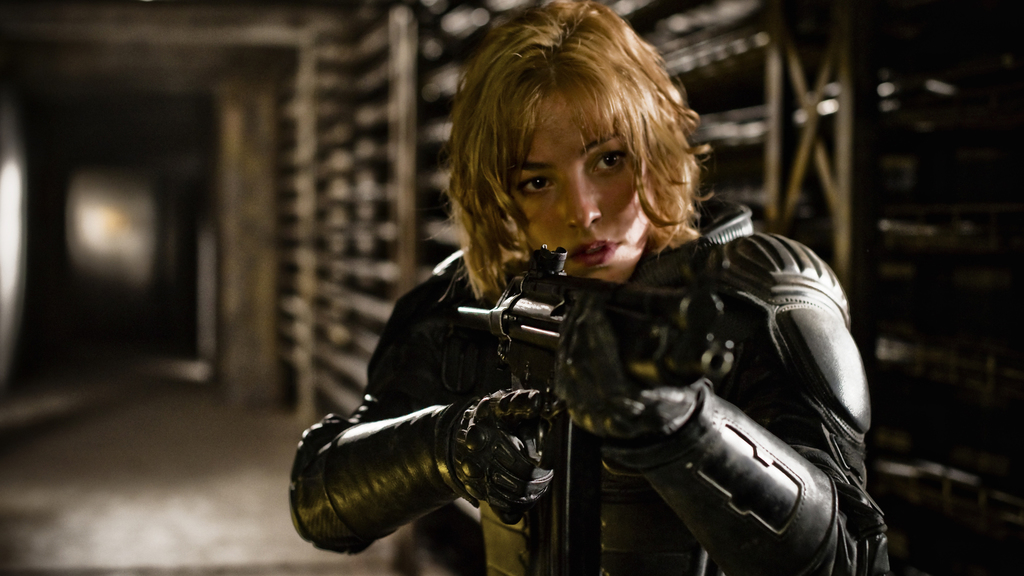 Judges are also barred from having any romantic involvement. So, I ask you, how can Hollywood successfully make a movie where the hero borders on self-parody, where romance is out of the question and where tough-guy dialogue is often ironic? Because in 1995 we got exactly that: an action/adventure movie where Dredd was unquestionably the good guy, where he had a romance with Judge Hershey (who is Chief Judge in the comics) and where there was absolutely no irony whatsoever when Stallone growled Dredd’s catch-phrase, “I am the law!”

These questions are pertinent because some brave movie-makers are making another stab at a Judge Dredd adaptation. Dredd 3D, starring Karl Urban, premieres Sept. 21.

I don’t know what approach the filmmakers have taken – whether it’s straight SF action, or it’s subtly ironic. But I’ll be there, because the trailers look great, the plot sounds interesting and early reviews on Rotten Tomatoes are almost universally positive. Also, Urban impressed me as Dr. McCoy in the recent Star Trek movie, and Dredd 3D villain Lena Headey was terrific in Terminator: The Sarah Connor Chronicles. Plus, the film features Judge Anderson, a popular character from the comics.

I’m looking forward to it all, because I don’t think “can a faithful Judge Dredd movie adaption be made” is the right question. All that matter is whether a Judge Dredd movie can be made that’s both good and entertaining.

I'm going to guess "No."  But then I don't get Judge Dredd either.  I get the concept.  I just don't the attraction.

...Someone said here " It seemed like a good concept for the Thatcher/Reagan era , but today?? " .

...The film seems to tip its hat to the Brits in the occasional background ads and store signs .

I mean , they were kind of trying to set up a Wasteland-oriented (The Deserrt Lands ? Um , the outside-Mega City One area) sequel , it seemed to me...

Everything I've ever heard about Judge Dredd leads me to same view Chris has: "I don't get Judge Dredd either. I get the concept.  I just don't [get] the attraction."