Dystopian 'Cuba' may be more fact than fiction

Aug. 24, 2010 -- Sometimes you read something that is so real, so tangible, so personal that you know it has already affected many lives … and is about to affect yours. Such is the case with Cuba: My Revolution (DC/Vertigo, $24.99). 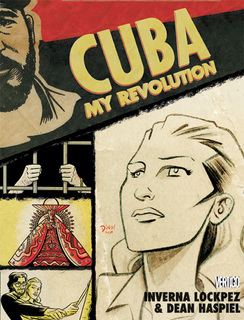 “Cuba” is written by Inverna Lockpez, a Havana-born artist and curator who left that troubled island in the 1960s – just like the lead character. DC’s website says the graphic novel was “inspired” by her life experiences, so we don’t which of the people and events are specifically true, or are composites, extrapolations or simply inventions to propel the narrative. Still, there’s a claustrophobic, throat-choking feel throughout this story that feels more like history than fiction.

Our heroine is Sonya, a teenager who puts aside her dreams of being an artist to become a doctor when Fidel Castro sweeps into power in 1960. A true believer, she thinks the revolution will need physicians more than artists to replace the bourgeoisie who fled. She also joins the militia, which puts her smack in the middle of the Bay of Pigs. And that is not at all a good thing.

I really don’t want to spoil too much of this story, as it is powerful – and may be, for all I know, completely true. So Lockpez should tell you her tale, not me. Suffice to say, though, it is filled with more tragedy than triumph, as the scales fall too slowly from Sonya’s eyes about the true nature of Castro’s revolution. In most coming-of-age stories, the young protagonists are correct and righteous in rejecting the caution of their elders in the pursuit of their ideals (a lá Luke Skywalker). In this story, though, it is the pragmatic elders who see the truth, and the youthful idealist who is wrong, as her socialist dream is replaced by an authoritarian nightmare. 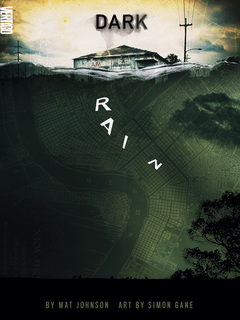 Cuba is drawn by Dean Haspiel, who recently won an Emmy (with three other artists) for main title design on HBO’s Bored to Death. I have enjoyed his work before (The Alcoholic, The Quitter), but this is not his best effort. He’s light on detail, especially on figures and facial expressions, which is unfortunate. On some occasions I confused Sonya for her mother, and had to go back and re-read pages once a dress or a hairstyle clued me in as to who was speaking.

But Haspiel’s strong storytelling skills are still evident, and his well-researched depiction of a specific historical time and place is impressive. That’s all that Lockpez’s powerful story needs to grip you by the throat and squeeze. If anyone fails to read Cuba in a single sitting, I’ll be surprised.

* I was less impressed with Dark Rain: A New Orleans Story (DC/Vertigo, $24.99). Points go to novelist Mat Johnson (Hunting in Harlem) for ambition, in weaving together a variety of threads into a larger tapestry. The central plot is about two ex-cons, Darby and Emmitt, who plan to rob a New Orleans bank submerged and isolated by Hurricane Katrina, in competition with the corrupt security firm “Dark Rain” (See: Blackwater), a term that is also a metaphor for Katrina herself, and the collapse of social services during that crisis for people who were primarily black. Johnson may have shot for too much. The central plot, a semi-farcical crime caper, becomes by the numbers. The social commentary seems out of place. And Darby, the “good guy” of the two would-be thieves, is a cliché – heart of gold, you know, and he’s only doing it for child support for the big-eyed little girl that he really, really loves. Then there’s the sassy but knowing pregnant girl who implausibly ends up tagging along, another addition straight from the “Creative Writing 101” textbook. It doesn’t take a seasoned reader to guess how this one ends, and despite the strong, polished (albeit slightly cartoony) art of Simon Gane, I was ready for it to.

* Call it the Jimmy Olsen Syndrome, but Andar, the ever-younger sidekick in the 1960s "Turok, Son of Stone" reprint series, has completed his journey: He’s now an idiot. Almost every story in Turok Archives Vol. 6 ($49.99, Dark Horse), all from 1963-64, revolves around Andar doing something incredibly stupid, forcing Turok to do something heroic and save him.

That’s a pretty handy story structure, as every issue of 1960s Jimmy Olsen demonstrated. Until it becomes formula, and then it’s just boring.
Contact Andrew A. Smith of the Memphis Commercial Appeal at capncomics@aol.com.

Comment by Cavaliere (moderator emeritus) on August 31, 2010 at 12:03am
Cuba: My Revolution sounds very good. There were a couple recent episodes of Royal Pains that took place in Cuba so my interest in the island is "up" right now. Sadly, my library system doesn't have it and I'm not likely to spend 25$ on any graphic novel. Yeah, I'm a bit cheap. Perhaps when it comes out in softcover I'll be in a position to purchase it. Christmas is coming, too.