From 'Ninjago' to 'Big Nate,' some comics are still for kids 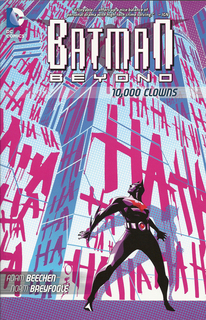 Although most comics are for adults, some are still for kids – and one thing they all have in common is that they seem to leap promiscuously from one medium to another.

Take, for example, three recent trade paperbacks from DC Comics, Batman Beyond: 10,000 Clowns ($16.99), Justice League Beyond: Konstriction ($16.99) and Smallville Season Eleven Volume One: Guardian ($14.99). The first two launch from the Batman Beyond animated show that used to run on Cartoon Network, while the third continues the story of The WB’s live-action Smallville.

The weird thing about both Smallville Season 11 and Batman Beyond books is that both were first originally published as web comics, then collected in monthly comic books, and now collected as trades. (The Justice League content has only seen life previously in Batman Beyond Unlimited comics, as far as I can tell.) Counting the TV shows that’s three media, and they’re not even breathing hard!

Which I am not necessarily applauding, as I could have lived without the Smallville effort. The concept of TV show, as I saw it, was showing us the natural progression of a modern-day Clark Kent, who would NOT necessarily choose to wear a circus outfit and become a “superhero,” as the original did in 1938. Was that an acceptable career choice back then? I don’t know, but I’m pretty sure it wouldn’t be the first choice of a modern kid. Still, we know he has to, so the suspense was watching as, week after week, Clark’s options would narrow and his worldview would sharpen to the point where the suit would someday become necessary. That was pretty good TV, but it had a natural end point: The day Clark decided he needed to be a brightly-colored symbol, and not just a helpful “blur.” 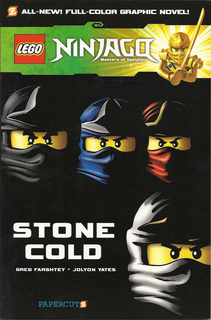 That’s pretty much where Smallville the TV show ended – and where it should have. The web/print Season 11 carries forward, but all it gives us is the super-suited Man of Steel we pretty much have already in other comics, so what do we need this one for? Besides, the artwork isn’t really up to snuff either, so thumbs down.

The Batman Beyond material, on the other hand, I think surpasses it animated origins. 10,000 Clowns continues the idea of a near future where The Joker’s legend has spawned thousands of imitators, the “Jokerz” gangs. The Batman of this near future, Terry McGinnis, is really in over his head as the Jokerz start blowing everything up, while a new Vigilante (with a surprise ID) makes the scene, and old Bruce Wayne can’t help because he’s dying of liver failure! This was a pretty taut and engrossing story, ably abetted by artist Norm Breyfogle, a veteran Bat-artist who’s been spending a lot of time over at Archie these days. This is really too violent for kids, which is probably why I enjoyed it.

As to the Justice League book, it’s not so much a story as an MTV Behind the Music show, letting us know where a great many characters ended up 20 years or so after the last episode of Justice League Unlimited. And I’m not just talking about Justice Leaguers; writers Derek Nguyen and Derek Fridolfs clue us in on the fates of Hawkman and his planet Thanagar, Adam Strange and his planet Rann, the New Gods and their planet New Genesis, Darkseid and his planet Apokolips, Aquaman and his kingdom Atlantis, and so on and so forth. It’s a basket of Easter eggs – fun and sugary for long-time DC readers, but not very filling. 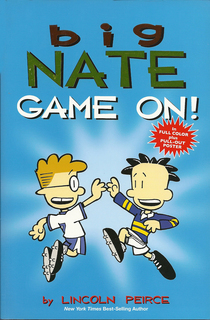 Meanwhile, Papercutz just published digest-size graphic novels starring two other stars of TV, YouTube and webcomics: Ninjago and Annoying Orange. To tell you the truth, I know nothing about either. But I’d recommend both of these series for elementary-age kids.

LEGO Ninjago: Stone Cold ($6.99) is the eighth graphic novel based on a cartoon I never knew existed, where ninjas made out of LEGOs use spinning powers (“spinjitzu”) to defeat bad guys also made out of LEGOs. And, you know, as much as this is basically a commercial for LEGOs, the creators turned in a solid, entertaining read about the Ninjas’ sensei’s early life and foes. So hats off to Greg Farshtey and Jolyon Yates for an imaginative story and impeccable artwork, respectively.

Next, Annoying Orange: Orange You Glad You’re Not Me? ($6.99) is a time-travel tale where Annoying Orange lives up to his name, while other oranges from up and down the timestream show up to be additionally annoying. Really, this series of stories about talking fruit is for readers of whatever age it is – third grade? – where puns are enormously entertaining, and not for anyone older. But while juvenile, the jokes are courtesy of comics veterans Scott Shaw! and Mike Kazaleh, so it’s professional juvenilia.

Lastly, Big Nate: Game on! (Andrews McMeel Publishing, $9.99) stars a cartoon sixth-grader who has appeared in 11 collections of his eponymous comic strip, now being re-released in color.  This collection focuses on sports, with generally one strip per page, and a poster in the back. There’s actually an impressive amount of material here for 10 bucks.

Writer/artist Lincoln Peirce’s work reminds me a bit of Bill Watterson, of Calvin and Hobbes fame. His art style is similar and, of course, they both work with essentially the same subject matter: a boy’s energy and imagination. If you have elementary school kids tearing around your house, they’d probably enjoy Big Nate.

The Big Nate books -- both the strip reprints and the "prose with pictures" originals -- are huge favorites for Action Lad and (truth be told) for me.

Lincoln Peirce knows how to tickle the funny bone of 8-year-old boys (including those of us trapped in some old guy's body).