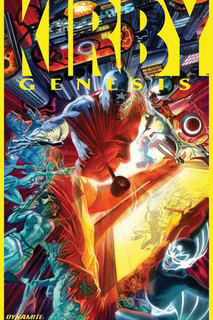 The series started off on the right foot.  There was a zero issue which introduced many of these characters to unfamiliar readers through sketches and short bios.  We met characters like the Midnight Swan for the first time and caught glimpses of new designs for more-established characters like Captain Glory.

The story also started well.  Kurt Busiek introduced us to a trio of normal humans: the slightly awkward teenager Kirby Freeman, his gorgeous next-door neighbor Bobbi Cortez and her father, the former cop, Jake.  They were our eyes and ears into this wonderfully weird world.

Plus, Busiek gave us a reason for all of this weirdness.  Jack Kirby had once contributed a drawing for a NASA.  The drawing was rejected.  But Busiek posed a hypothetical scenario.  What if Kirby’s drawing had been included on the space probe?  And what if all of this weirdness was drawn to our world in response to this weirdness?  It was a simple concept that explained the sudden appearance of so many different aliens at once.  The unusual earth creatures and cultures were the cherry on top, drawn out of hiding at just the right time.

Unfortunately, the story hasn’t held together.  Four issues in and the plot is all over the place.  The three main characters are completely separated.  One of them, Bobbi, has been taken over by the strange entity of the Midnight Swan and hasn’t appeared as herself in several issues.  There have been scenes in space and scenes in the past, scenes without any of our supposed point-of-view characters.

I understand the desire to capture the craziness of Jack Kirby.  His mind was full of ideas, overflowing with imagination.  But Genesis hasn’t captured it as much as it has become caught up in it.  It’s being tossed around like the inside of a tornado and nothing is holding together.  We still need a lens through which to view the wild and crazy creations of Jack Kirby.  Genesis started out with one, but lost it.  It lacks focus.  It lacks cohesion.  It lacks… unity. 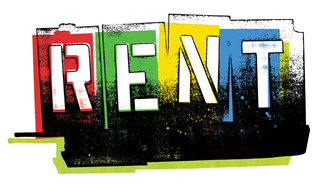 Aristotle’s rules for drama can be unnecessarily restrictive.   They certainly weren’t followed by all of the authors in his own age.  However, the classical unities can be important guidelines for creating a cohesive story.

The unity of time doesn’t have to be confined to a single day or the unity of place to a single setting.  Yet a good story will still follow the principles that underlie the unities.  For example, the musical Rent restricted its story to a single year rather than a single day.  It also took place in one city, New York, and in one neighborhood.  Rent had unity of time and place, even though its unity was a little broader than one day and one location.   Those unities helped the story hold together.  They gave it cohesiveness so that it was one interlocking story rather than multiple stories tacked together.

Excellent analysis, Chris! I started out loving this series, but it's been a struggle to be involved in it for more than a scene at a time -- and you put your finger on why. They barely relate to each other at all.

Would you guys say that #0 is essential? I was only able to obtain #1-4, not realizing that there was a #0 anywhere out there.

I wouldn't say it's essential.  It's a relatively short story (art previews and bios take up half the comic) and it presents the normal human characters at a much younger age than the subsequent issues.  However, if you're enjoying the others, it's worth picking up as it was pretty good.

Agreed. It's not essential, but it gives it a little bit more grounding than it otherwise has... and this story needs all the grounding it can get.

I was ambivalent about this series, in essence trade-waiting and reading reviews to determine whether I'd pick up when the time came. Oddly, your analysis makes me more curious. I know what a good Busiek story is like, but I've never experienced a bad one. So, perversely, I'd like to see the car wreck.

I agree completely with your analysis, Chris. However, now that Captain Victory and Silver Star have been spun off into their own respective series, my hope is that the main title will become more focused.

I've just read 0-4 over the last day or so, and perhaps the 'unity' of reading all of them at once helped.  As you mention, I think the whole point is that we are presented with an explosion of ideas and visuals from Kirby's astonishing creative mind.  That they are so many and are coming from every direction is where the fun of this series lies.

No, it doesn't obey the rules of classical literature, but its an unusual series with a pretty unique remit:  to bring together all those disparate concepts, that were never meant to all appear in one story.

The fact that we don't dig very deeply into any one character's, or set of characters', background or personality is understandable.  This is KIRBY GENESIS, not Busiek's Genesis.  Where we just have a visual from Kirby and perhaps a few notes that they are cosmic villains, or reawakened protectors from an ancient civilisation or whatever, I can see why Busiek would want to just present us with that (admittedly not very deep) Kirby version rather than giving us Busiek's characters wearing Kirby's clothes.

To expand on any of the characters at this early stage would be to take away from the bang! bang! bang! of these concepts being presented one after the other.

Like many modern comics, reading a chapter every month isn't really the way to read this.  (But rather than being decompressed, this tale is somewhat hyper-compressed.)  Like all good stories there are mysteries here that I want to stick around to find the answer to.  Why have all these cosmic heroes and villains rocked up on Earth of a sudden, and why has that coincided with homegrown weirdness suddenly manifesting itself?  That it is happening all across the globe makes it seem more significant than if it was all just happening at some McGuffiny 'Hellmouth'.  (Kirby was a world-citizen after all, rather than a parochial creator.)

There's also the possibility that none of this weirdness existed before the little explorer craft encountered the space anomaly out there.  Wonders created from nothing are the essence of Kirby's work, so the profusion of ideas here ties in thematically with that.

In any case, just because we haven't been told yet what the connections are between these various characters and scenes,doesn't mean that they are not connected.  Many of Terry Pratchett's novels work like this, where the reader is presented with different strands that only start to dovetail toward the end.

Actually, by the end of issue 4 it would seem that the proto-seed might be an element that is drawing so many of the characters together.

Finally, Busiek is writing this story very much in the pulp mode which was such a huge influence on Kirby.  Pulps don't really go into the psychology and inter-relationships of the characters beyond what their actions reveal.  And the pulp mode means it's ok that in the middle of it our hero is picked up by a UFO alongside an abominable snowman and deposited on a lost continent with a timelost U-Boat commander.

The 'realism' that makes so many modern superhero comics such a dreary read isn't really what Busiek is trying to do.

It's a very unusual series, especially for today's market, but I did find after my little reread that I want to see more of these characters, and learn where it is all going.  So on that level, it's working for me.

That's a good analysis, too.

I did finally stumble upon #0, and have read issues 0-4 in the last couple days. I like the fact that it's not just characters that look like they were created by Kirby, but that many of them were actually designed by him. I hadn't realized that was going to be the case, but I like it.

I've been on a "Kirby Trip" the last few days...I also plowed my way through the mad idea-attack that is volume 1 of The Fourth World Omnibus. My head is still spinning, but let's just say that while I knew later that my favorite runs on Superman (i.e. when I started reading) were heavily influenced by Jack Kirby, I didn't realize just how much. Now it all makes sense. The late 80's/early 90's stuff by Jerry Ordway and Karl Kesel in particular...there's a reason I loved that stuff so much!