IDW Publishing pulled off a storytelling coup in early 2011, when they involved a variety of unrelated, licensed books with a common threat (vampires). That worked so well, they’re going to do it again in January 2012 – and they’re upping the ante. 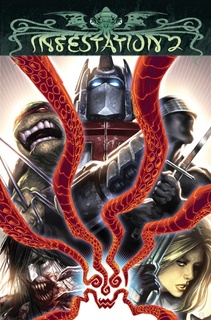 “Infestation,” which began in January 2011 and ran for four months, told stories of vampires battling Transformers, infecting the Star Trek universe, getting shot by G.I. Joe and baffling Ghostbusters. The amazing thing about this crossover is that all of these characters are licensed to IDW by different companies, constituting a logistical and legal nightmare. It’s like the characters from Glee showing up in CSI wearing Tron T-Shirts and dating people from Jersey Shore.

And yet, it worked so well, IDW is doing it again. This sequel – “Infestation 2,” naturally – springs from the first, in that the way IDW’s home-grown CVO (Covert Vampiric Operations) dealt with the bloodsucking menace opened the door to something worse. And since IDW now has the license for H.P. Lovecraft concepts, stories and characters, that means Cthulhu and the other Old Ones are coming for a visit.

For those not up on their Lovecraftian lore, the Old Ones are ancient, evil gods who were driven off somehow in pre-history, but are really eager for a return engagement. Among Lovecraft’s stories about the Old Ones is The Dunwich Horror, which IDW is currently adapting as a four-issue miniseries. IDW also plans a Lovecraft Library; Volume One, Horror out of Arkham is due out this month and includes eight Lovecraft prose stories set in the fictional Arkham, Mass.

All of which means trouble for other characters published by IDW, especially some new players who didn’t make the cut in the first Infestation. G.I. Joe is back for another round, but new franchises include Dungeons & Dragons, 30 Days of Night and the Teenage Mutant Ninja Turtles. The Transformers are back, too, but instead of the modern robots most readers know, Infestation 2: Transformers #1-2 will feature the “Hearts of Steel” versions from the 2006 miniseries of the same name, in which humanity first encountered the Transformers in the 19th century. 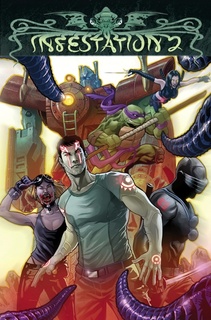 “You’ll see a lot of fun historical characters, people you never expected to see interacting with Transformers,” said editor Bobby Curnow in a teleconference. “If you’ve ever wanted to see a steampunk version of Optimus Prime fight a giant monster, this is the place.”

Other surprises include a one-shot starring Batboy from Weekly World News and a grey alien from Groom Lake, two miniseries written by IDW Publisher Chris Ryall, who also attended the teleconference. Those two characters will be played for laughs in a Feb. 29 one-shot called Infestation Team-Up.

Another surprise is a planned appearance by J. Scott Campbell’s Danger Girl, but Ryall and Curnow declined to cite specifics. They did, however, mention a new miniseries starring everybody’s favorite zaftig spy-gals, the four-issue Danger Girl: Revolver coming in January by Andy Hartnell and Chris Madden. And just for fun, the two TMNT covers combine to form a single image, and each issue will have temporary tattoos representing their respective franchises. “We brought all of our toys out of the toy chest,” Curnow said.

But if you do happen to want to read “Infestation” first, IDW has made that easier with a hardback collecting the entire first event, coming out in January ($34.99). While not necessary to understand the sequel, Curnow said, “if you have been following both events, you’ll get a nice through line.”

After all this, could there be an even bigger Infestation down the road? Hard to believe, but Ryall noted that “these things tend to happen in threes.” 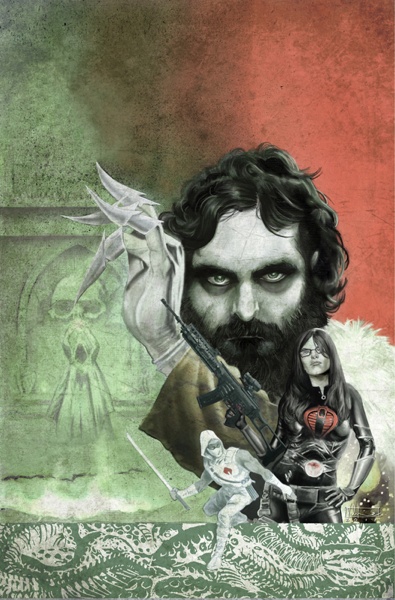 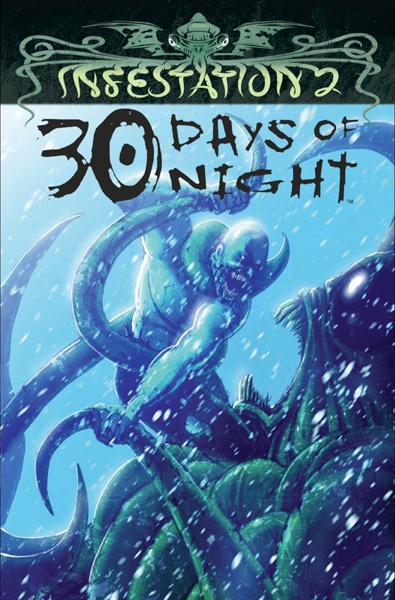 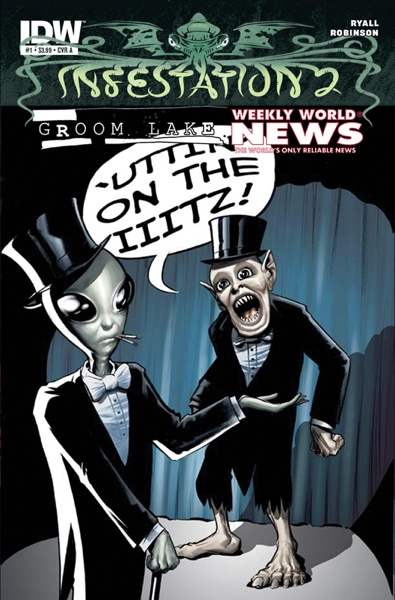 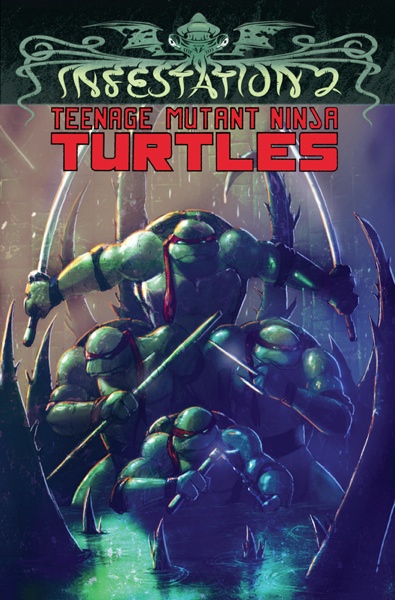 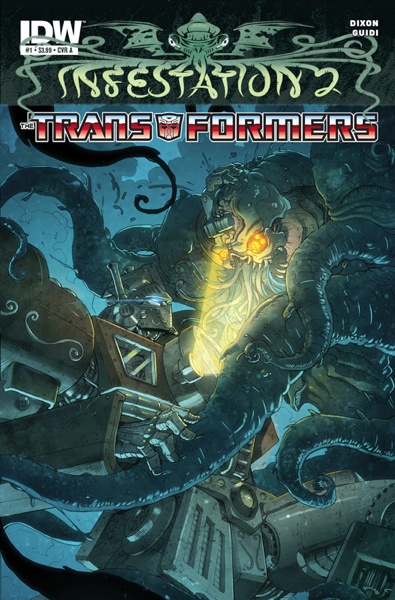 I'll just be getting the TMNT issues.