He’s the evil doppelganger of Batman, the giggling evil to the Dark Knight’s humorless heroism, the garish chaos to the Caped Crusader’s dark order. He’s The Joker, and after a year absent from all DC Comics, he’s back for what DC is calling “the seminal Joker event of our time.”

That’s saying a lot, given the many terrific stories starring the Clown Prince of Crime. But this tale is helmed by the acclaimed Scott Snyder, whose recent “Court of Owls” Bat-saga made Batman DC’s No. One seller (displacing Justice League), and whose American Vampire continues to be the backbone of DC’s Vertigo line. 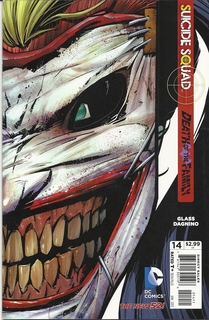 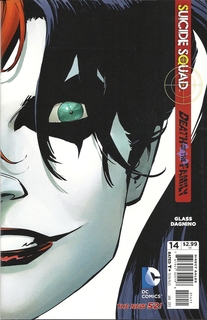 When "Death of a Family" first appears in a given title, it features a Joker face that opens to reveal the actual cover, revealing the face of the book's star. The following issues have regular covers.

The new story is “Death of a Family,” playing off “Death in the Family,” a famous 1980s story wherein The Joker bludgeoned the second Robin to death with a crowbar. (That Boy Wonder, Jason Todd, has since been resurrected as the anti-hero Red Hood.) In this story, The Joker isn’t trying to kill Batman – instead, he’s going after the hero’s extended family, including all the Robins past and present, Batgirl, Commissioner Gordon, Alfred and even a few villains, like Catwoman, Harley Quinn and Penguin. 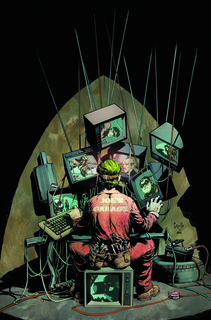 Why? Well, it’s hard to figure out The Joker at the best of times. So I asked Snyder himself in a telephone interview to describe his favorite villain’s mental state.

“[The Joker] sees himself in our story really as sort of Batman’s greatest ally,” Snyder said. “He has this strange belief that Batman is this kind of Bat-king of Gotham.  And that he serves him the way a court jester historically has served the king … to bring the king the bad news. But in this case he sees himself as delivering the worst news of Batman’s own heart, his own nightmares, in the form of these horrifying challenges that Batman can then overcome and become stronger and [a] more resilient king of the city.”

Those challenges, unfortunately, mean the elimination of just about everyone Batman knows.

“The Joker in our story … really believes that the family, the Bat-family – Nightwing and Red Hood and Batgirl and Robin and Red Robin – all sort of do Batman a terrible service,” Snyder said. “Because instead of challenging him and making him a stronger, fiercer king, they try to convince him that whoever he is beneath the mask is more important, and that he’s human and tender and should have feelings for people, and should sort of temper the qualities that make him a great king of Gotham.”

Which doesn’t sit well with The Joker, who sees them “as a kind of false royal court,” Snyder said. “And there’s a bit of Peter Pan touch to him as well in our story, where essentially what Joker says to Batman, the driving impulse behind his actions here, has to do with this notion he has that Batman, deep down, wants to go back to the days where he didn’t have a family.”

Which parents the world over can almost – almost – understand. 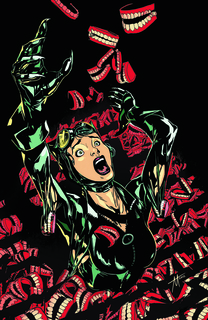 “As the father of young children, that’s really where the story comes from for me,” Snyder said. “[It] is that fear you get when you have kids and a family, of how frightening the world becomes all of a sudden. And that desire for just two minutes of refuge from worrying about your kids.”

So The Joker, Snyder says, believes that Batman deep down wants his family gone, but just won’t admit it. And, therefore, as his “greatest ally,” the Harlequin of Hate will cheerfully help the Dark Knight despite himself, by disposing of all that baggage.

“That’s really the definition of how our Joker works in this story,” Snyder said, who hopes readers will find him not only “terrifying,” but “intimately vicious.” Because, like all good villains, you can almost understand The Joker if you tilt your head just right – and suspend your own moral code.

“That’s the worst part!” laughs Snyder, who sometimes worries about his own sanity as he dreams up these terrible stories at his kid’s soccer practice or in the grocery store. “[The Joker] takes a kernel of truth, or some tiny sliver of truth, in something that you feel or think, your worst fear, honestly, about yourself, and sort of expands it until he makes you believe that it’s kind of the totality of who you are and what you want to be true. And that’s why to me he’s the greatest villain in literature.”

Part of what Snyder sees as so terrifying about The Joker is that horrible insight into other people’s fears. Plus, there are his terrible eyes.

“It’s really tough to stare Joker in those eyes, and convince yourself he’s just a man,” Snyder said. “Especially because the eyes don’t work like normal eyes. The pupils don’t contract in the light and expand in the darkness, or expand with emotion the way they’re supposed to. They’re just these horrible fixed points.” 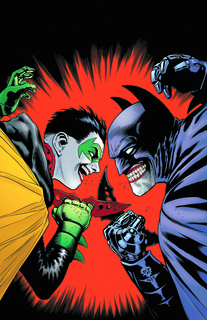 Which makes him Snyder’s favorite villain.

“He is kind of like all the things, or that core thing that makes a great villain, the capacity for a villain to make you afraid of yourself, rather than just afraid of him,” he continued. “And he does it to everybody that he meets. In Batman #15 he has this two-minute conversation with [Gotham Police Detective] Harvey Bullock, who’s sort of yelling at him from a distance for a moment. And all he has to do is look at Harvey with those terrible eyes, and say something to him that paralyzes him, about Harvey’s own worst fear about himself. He is that kind of nightmarish, and hilariously nightmarish, character that can look at you, size you up, and say the thing you’re most terrified of hearing.”

And while that scene is chilling, there’s plenty of delightful Joker creepiness across DC’s current line of Batman books, involving lots of characters. “Death of a Family” has its roots in 2011’s Detective Comics #1, wherein The Joker happily acquiesced to having his face surgically removed by another villain. That gives him his most frightening appearance yet, with his old face strapped precariously onto his exposed facial muscles. But the story really launched in the October issues of Batgirl, Batman and Catwoman, spreading into five other titles in November through January, and wrapping up in Batman #17 in February. That means a lot more writers than just Snyder.

“Yeah! It’s fun!” he laughed. “When you realize the story is gonna be big enough to touch the lives of the other Bat-characters you kind of have a choice. The choice is either to write those characters into Batman and have the other writers coordinate around you, or to admit that they know the characters and write them better than you could, and honestly, to respect the fact that the stories that they’re gonna come up with if you give them room are gonna be better than the stories you could come up with for those characters, and more frightening with The Joker, and more deeply challenging for those characters.” 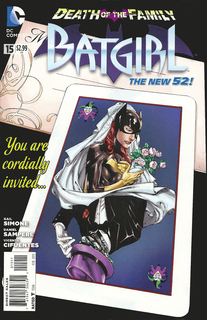 “I really do try to stay out of their way,” he continued. “I just say, ‘Look, here’s a point in the story about five months from now, there’ll be a chance for Joker to come after your character and the only rule is he has to be this Joker that you’re reading in Batman. Y’know, he has to act the same way. So here he is, you know, and his initiative has to be incredibly vicious. He can see anything that’s happened to your character over the last year, you can use any ammunition you want, anything in your series he can come after. Nothing’s off limits. But I want this to be the story where it’s your chance to have your character face The Joker like they’ve never faced him before.

That’s new, Snyder explained, most of these characters have only faced The Joker in conjunction with his vendetta against Batman. “He’s only ever kinda touched the lives of Barbara [Gordon, who is Batgirl] when he was going after Commissioner Gordon … or Jason when he was trying to break Batman in ‘Death in the Family.’ So this is really him looking them in the eye for the first time, or almost the first time, and saying ‘I’m coming after you individually to break you the way I would break Batman.’” 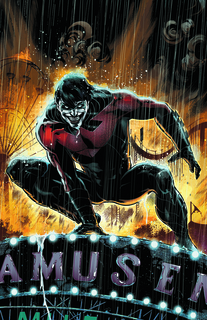 In addition to the skin mask, Joker’s appearance also suggests that of a car mechanic, with a toolbelt and coverall with the name “Joe” stenciled on the chest. That’s because he has a lot of work to do, not only getting rid of the Bat-family, but doing it according to his twisted agenda.

“He plans on killing them,” Snyder says of the Bat-family. “But what he wants to do is … break them first. And sort of show them his point of view. He wants to ruin them and show them why they’re not worthy of sitting at the table with Batman. And then instead of killing them, what he’s claimed so far is that … Batman will kill them for him. That when the truth is exposed, essentially, he’s like ‘that’s when it will be time for you to die by his hand, when he admits what he really wants, you’ll all go up in flames.’”

Part of that is a mystery that Joker hints Batman is keeping from his “family,” and Batman’s insistence – against all evidence – that The Joker doesn’t know the secret identities of all the Bat-characters. Those issues will be resolved as well, Snyder said, in the course of “super creepy” stories across the line.

“I’m really proud of the writers and the artists in the Bat-family for this one,” he said. “I think it’s gonna turn out to be something especially horrific and wonderful. … And just in time for Christmas!”

Contact Andrew A. Smith of the Memphis Commercial Appeal atcapncomics@aol.com

Thanks! But Snyder's such a great interview, I can't take much credit!

I might check this out. "Batman vs the Joker" has been done, you know, one or two times before, but this sounds interesting. A villain who is just bat-$#!+ crazy can be mishandled, but he opens up so many dramatic opportunities when handled properly.