DC Comics has released another clutch of books collecting stories from its superhero and horror lines, and master storyteller Scott Snyder has a gem in both Column A and Column B. American Vampire Volume Five ($29.99) is my favorite, which should come as no surprise to regular readers of this column. In American Vampire, Snyder has created a vampire cosmology that is not only cohesive and (for comics) plausible. He has a lot of fun playing in the sandbox he’s created, which is infectious.

This hardback collects the five-issue American Vampire: Lord of Nightmares miniseries and issues #28-34 of the ongoing American Vampire series. That means two separate stories, by two different artists, about two different sets of characters – all they have in common is that both use characters Snyder has previously established, and both are set in 1954.

First up is Lord of Nightmares, and – minor spoiler – that lord is Dracula. I really didn’t expect Snyder to try to integrate the most famous blood-sucker of all into American Vampire, given how much baggage is attached to the name. But not only does he maintain the vampire lord’s mystique without undermining his own mythology, he uses the character to explain why the Carpathian breed of the monster is so prevalent, and why so few of the other strains still exist. No spoiler here, I’d expect: The answer to both questions is Dracula. The hows and the whys of it are explained through the lens of the vampire-killer organization called Vassals of the Morning Star, who – in 1954 – had the Romanian count under lock and key.

Emphasis on “had.” Dracula escapes, resulting in a strange-bedfellows adventure as several hounded-to-extinction breeds of vampire, VMS agent Hobbes, half-vampire Felicia Book and her no-one-knows-what-he-is-yet adopted son Gus find themselves forced to cooperate to prevent the vampire lord from creating an army that no one will survive. It’s a rip-snorting adventure ranging from London to the steppes of Russia, tinged by desperation, fueled by past horrors and laden with foreboding. With Dracula involved, you just know it’s not going to end well.

That should be enough, but DC has added the second story, featuring series regulars Pearl Jones (reluctant vampire), her aging husband Henry Preston (non-vampire musician), Calvin Poole (reluctant vampire, and also a VMS agent), and Skinner Sweet (the first American vampire, and not reluctant at all) battling a resurgent cell of vampires infiltrating the high and mighty of Beverly. Hills, that is. Swimming pools. Movie stars.

I can’t say much more without spoilers, but I will say that this is a turning point for Pearl, my favorite character in the series. It’s actually a couple of turning points, along with the introduction of a new Big Bad called the Gray Trader. That makes for a bang-up story here, while setting up elements I’m sure Snyder will follow in Volume Six – a journey I can’t wait to make. 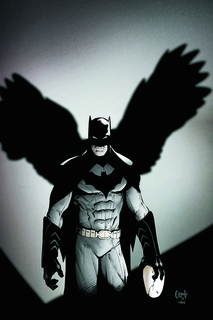 And while I was still smiling from American Vampire, I turned to another Snyder story I was eager to read. When DC re-launched its superhero “New 52” line in 2011, they wisely hired Snyder to write Batman, one of their most important books. And he promptly rewarded that confidence with a jaw-dropper titled “The Court of Owls,” which ran for the first 10 issues of Batman, crossed over into a half-dozen or so other Bat-titles about halfway through, then finished up in Batman again – and in the process, added to the Dark Knight’s mythos a spectacular new element, a chilling cabal that has secretly run Gotham City for centuries.

Batman Vol. 1: The Court of Owls collected the first seven issues of Batman and ended on a cliff-hanger, while Batman: Night of the Owls collected the stories depicting Batgirl, Batman, Batwing, the Birds of Prey, Catwoman, Nightwing, Red Hood, Red Robin and even Jonah Hex battling the Talons, the Court’s undead (and sorta Wolverine-like) assassins, to a standstill. So you can imagine how impatient I was to see the end of the story.

Now comes Batman Vol. 2: The City of Owls ($24.99), collecting Batman #8-12 and Batman Annual #1. Thankfully, it delivers a satisfying finish, even for a story with such a preposterously huge build-up.

The first volume showed Batman and his “family” reeling from the Court’s onslaught. This volume shows the Dark Knight counter-attacking, which allows for all those great Bat-moments Snyder is so good at. When the most dangerous man in the world sets his mind on doing something, there’s really no other character in fiction quite so satisfying. And, while the Court is ancient, rich, confident and powerful, you know they’re going to end up getting plucked.

Part of what makes this collection so good is artist Greg Capullo’s contribution. Capullo may be my favorite Bat-artist currently, one who combines the power of David Finch (Batman: The Dark Knight) with some of the Rafaelesque rendering techniques of classical artist P. Craig Russell. It’s a seamless mix, too, and the result is somehow both powerful and pretty.

I'm getting behind on my American Vampire reading: just getting to Vol. 4 this weekend. Vol. 5 is the final collection after the series hiatus, isn't it?

I dunno. Anybody else know?

I'm behind, myself (just started vol. 3), but I'm pretty sure it is. I think #34 was the last published issue.

That means the wait for Volume Six will be considerable ... Nerts!

Are the backups included as part of the Batman trades?