Didn’t like my idea last week of a thrice-monthly Uncanny X-Men? Don’t worry. I have another one.

I’m not saying that there’s a problem with the X-Men the way they are now. I’m not automatically saying that the titles have to be obviously distinct from one another. I’ve definitely enjoyed past times when two titles essentially operated as one. Yet I do think there’s an added element of interest, and even fun, when the titles take on separate flavors.

One way to divvy up the X-Men is geographically. The X-Men have, over the years, become associated with several different locations. Instead of choosing one, why not choose all of them? Why not put one squad in New York and another in San Francisco?

I admit that geography alone is not much of a distinguishing feature. At least, not anymore. I grew up with Alpha Flight in Canada, Excalibur in England and a second squad of Avengers on the West Coast. But times have changed. The recent struggles of Alpha Flight and Excalibur to find an audience have demonstrated that it’s not enough to put a team in another country and expect fans to be interested in them.

Geography is only a starting point. But it’s still a good one.

The first thing I would do is put a team back in New York. Well, not New York City exactly. I would put them back in the mansion in Westchester County. This would be the classic version of the X-Men. This would be the title readily recognizable to movie fans.

This would be Uncanny X-Men, and it would have two distinguishing features. One, it would feature classic superhero action. There would be an adult team running into the City to fight villains and so on. Two, it would feature the school. The adult team would double as teachers and trainers. And they would have a body of students to teach concerning both their mutant powers and normal school stuff. This team would be headed by Cyclops and Emma Frost. Beyond that, it’s pretty wide open. I think that Colossus and Kitty Pryde would fit well, here. Maybe Northstar, who turned out to be a good teacher in the past. Or maybe Beast, doing double duty with the Avengers. Plus, there would be plenty of kids like Anole, Pixie and Dust.

The second team would be in San Francisco. The team has a long history with the area. They first moved here around issue 200 and made the abandoned Alcatraz Island their temporary base. More recently, they set up shop in the Marin Headlands north of the Golden Gate Bridge before relocating to Utopia Island just off the coast. I like having a team in San Francisco. It seems new and modern, even though it has traditional connections to the title. 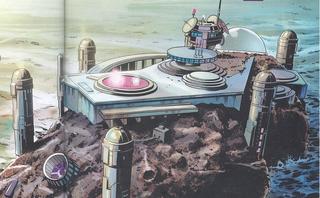 This would be X-Men, and it would have two distinguishing features as well. One, this would be the title to explore the new status quo of mutants. For the past decade or so, the X-Men have been outed as mutants. Their secret identities are no longer secret, thanks to Cassandra Nova. This title would explore what it’s like for the X-Men to be public figures. I would put them back in the Marin Headlands as they don’t need Utopia Island anymore. I would pick up some of the storylines that got dropped, including their evolving relationship with S.F.’s mayor. Two, this title would also surreptitiously train mutant operatives. They have a lot of room to roam. The Marin Headlands house several abandoned military installations. Plus, Utopia Island might not be a nice place to live but it could still be a great place to train. The New Mutants, now in their twenties, would stick around and learn to be soldiers.

I would put Storm and Wolverine on this team. Storm makes for a great leader and legitimate face for the operation. Wolverine makes for a great sergeant at arms, and I like the developments in his own title as the kingpin of Chinatown. I’d probably leave Magneto out here as well. Professor X could handle some of the political situations. And Angel and Psylocke would round out the team. 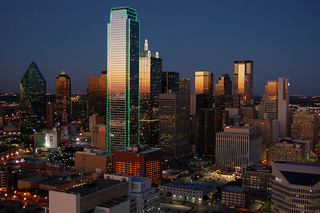 The third and final squad would go to Dallas (you were worried that I was going to say “Australia,” weren’t you?). The X-Men have a history with Dallas. This is where the team died in “Fall of the Mutants” (before moving to Australia). And thanks to Forge’s home, they’ve had plenty of reason to return including a recent story in Astonishing X-Men.

This would be the New X-Men, as I wouldn’t keep the “Legacy” name. Once again, there would be two distinguishing features. One, this would be the title to explore the mutant metaphors. Throughout their history, mutants have substituted for minorities such as African-Americans, Jews and homosexuals. The metaphor has resulted in some of their most powerful stories. I think it would be very interesting to set that kind of story in the South. Of course, New X-Men would burst southern stereotypes as well as tell mutant metaphors- Dallas is a modern city, despite the cowboy hats,and Houston recently elected an openly gay mayor. The southern X-Men, Rogue and Gambit, would be the headliners in this title, with Forge at the base and Iceman as a foil.

Two, this would be the title that featured the newest X-Men. I like Rogue in the mentor role. But it doesn’t work to have her mentor students if they’re all up at the school. So I would have her mentor the new adult heroes. Keep Danger here, and watch the growing relationship between her and Rogue. Bring Marrow back. Maybe recall Darwin from X-Factor (it would be nice to have a Hispanic on the squad). The title would explore what it
means to be a mutant, but also what it means to be a hero.

That’s three different teams, each with several stars to anchor the title and a different story to tell. That could be interesting. And that’s my idea for the X-Men East, West and South.


Image of Dallas, Texas from Ragingwire

I like your ideas based on geography (don't usually see a shot of the Dallas skyline without Reunion tower, though), but it it were me, I'd concentrate on function. First of all, I'd do Something really radical like mutants actually beginning to be accepted in the MU. Following a huge battle in which the X-Men very publicly saved the day, a mutants rights movement would gain momentum. I'd like to see the X-Men regain the the governmental ties they had in the early days (with FBI agent Fred duncan) and even into the "All New, All Different" era. This would be the public face of the team.

Another title would focus on super-heroics, and the thrust of a third would be the next generation. This kind of thing has been done before, and when it's worked it's worked well. The problem is that after time the focus softens and the distinction between the teams begins to fade. The challenge would be to assure it doesn't.

I gave a pass to the new X-Men #1, BTW, because I didn't care for the vampire angle.

Comment by Philip Portelli on July 10, 2010 at 12:31pm
The main problem would be that each book's creators would want Wolverine on their team as well as Cyclops, Storm, Rogue and Emma Frost. With his own title, specials, teaming with Spidey and TWO Avenger teams, Logan wouldn't have time to breathe, let alone be the best at what he does without clones, duplicates or LMDs!

Comment by Doc Beechler (mod-MD) on July 10, 2010 at 2:05pm
You should read the Classic X-Men thread in the X-Men group...how Stan and Jack built the foundation for mutant hatred was there in the first few issues.

Comment by Doc Beechler (mod-MD) on July 10, 2010 at 4:57pm
And I think the X-Men have a wide enough fan base that X-titles without Logan, Scott, and Emma could do very well. Heck, Rogue and Gambit have enough fans that they could probably do OK with their own title as Chris suggested. It looks like Legacy will be about Rogue and Magneto as it is.

Jeff, the X-Mansion not only has no one living in it...it's been destroyed...again.

Oh, duh! (Where's that head-slapping smiley now that I need it?)

It's funny... the mansion has been destroyed in the X-Men Forever universe, too!

The one other comment I wanted to make to Chris yesterday but forgot: nice logo!

Comment by Cavaliere (moderator emeritus) on July 11, 2010 at 11:39am
To complete the four points of the compass, how about a team in Canada: X-Men Alpha?

My personal feeling about Storm is that she should not regularly appear in any X-title. She and her husband, one of the most powerful and influential men in the world, belong together

Comment by Chris Fluit on July 13, 2010 at 4:35pm
Jeff, the credit for the X-Men compass logo goes to Ana. She's the one who made it. I agree though: it's pretty cool! Ana does most of the picture work for my articles.

Comment by Chris Fluit on July 13, 2010 at 4:39pm
Jeff, I agree with your point in the first post that while it's nice to have the titles serve separate purposes, geography isn't a sufficient enough distinction to carry a title. I think that we actually came up with very similar concepts. The classic super-hero concept you mentioned is what I suggested for the Westchester based team. The mutants are accepted angle you mentioned is what I suggested for the San Francisco team. Before all of the Dark Reign and Utopia stuff sidetracked them, the X-Men were opened involved with community leaders. They even had regular meetings with the mayor- a nice new twist to meeting with someone like FBI agent Fred Duncan. The training the kids concept I doubled up in the Westchester title. But I did suggest that the Dallas team should train some of the newer characters like Danger. So we're not too far off.

Comment by Chris Fluit on July 13, 2010 at 4:40pm
Cav, I love your suggestion for an X-Men Alpha team up North in Canada. That would be a great way to revive Alpha Flight in a way that's both historically-aware and commercially viable.