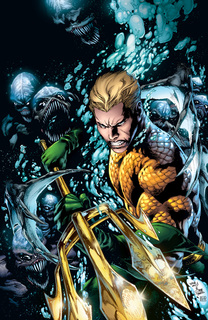 I read an article last week on Grantland.com in which editor Bill Simmons tried to challenge the conventional thinking on film star Eddie Murphy.   He argued that Murphy had one of the greatest runs ever for a comedian and that a swoon later in his career doesn’t take that away.  He claimed that Murphy’s later work, while inconsistent, hasn’t been entirely bad (Bowfinger and Dreamgirls stand out as late-career highlights).  He also noted that Murphy has become one of the most bankable actors in family comedies (see The Nutty Professor, Dr. Doolittle, Shrek and even Daddy Day Care).  That may not get him the same kind of critical accolades he once enjoyed but it’s still impressive- especially when you consider that it’s been about 17 years since David Spade quipped “catch a falling star” on Saturday Night Live in response to a photo of Murphy.

​It was an admirable attempt.  But I don’t think it had much of a chance.  And that was before Murphy’s latest movie, Tower Heist, debuted to lower-than-expected box office and before Murphy pulled out of the Academy Awards in solidarity with his friend, Brett Ratner.

​It’s really hard- almost impossible- to change conventional wisdom.  It’s broadly accepted, even if it isn’t entirely accurate.  That’s what makes it “conventional” wisdom.  Once that kind of thinking has set in across society, it becomes fossilized.  One well-meaning article- or even two- isn’t going to sway broad-based opinion.
​Bill Simmons demonstrates this in his own article.  While trying to sway conventional thinking on one entertainer, he buys into the conventional wisdom regarding another.   Simmons makes the statement that the Rolling Stones haven’t made a good album in 30 years.  That’s about right… according to conventional wisdom. 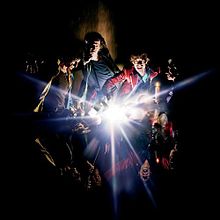 The last good Stones album is supposedly Tattoo You in 1981.  But I remember when Steel Wheels came out in 1989.  It was promptly declared the sign of a Stones’ comeback and their best album since the beginning of the decade.  Voodoo Lounge and Bridges to Babylon received similar, if not universal, accolades.  When A Bigger Bang came out in 2005, it was called the greatest Stones album in 25 years.  But I doubt the critical acclaim for A Bigger Bang did much to change conventional thinking.  I suspect that if the Stones come out with another album, it too will be heralded as their best album since Tattoo You.

That’s one of the reasons I’ve admired Geoff Johns’ new Aquaman title.  He’s directly confronting the conventional wisdom.  Aquaman may be a superhero but most people think he’s useless.  That’s partly because of artificial limitations originally placed on the character (he used to lose his powers if he was out of water for an hour).  That’s partly because of the intrinsic limitations of his best-known ability (how often do you need to talk to fish?).  And so Aquaman has been the butt of jokes for decades.

Geoff Johns has taken those jokes and made them a part of the current series.  They’re not an accurate reflection of Aquaman’s abilities but they are part of the conventional thinking of citizens in the DC Universe.  Various characters have made off-handed comments about Aquaman’s supposed weaknesses.  Some have made jokes at Aquaman’s expense.  Aquaman has dismissed the comments- sometimes casually, sometimes stoically, sometimes coldly.  He’s not out to change the world’s opinion of himself but he’s also not going to put up with being mocked.

I think it’s admirable.  I realize that some comic book fans disagree.  For them, Aquaman’s reputation has already been rehabilitated.  Peter David orchestrated a new vision for Aquaman- he gave him long hair and a hook while ditching the orange shirt.  He emphasized Aquaman’s other abilities, such as enhanced senses and strength from enduring the ocean depths.  Grant Morrison brought this version of Aquaman into the Justice League, giving even greater exposure to an Aquaman who could kick butt. 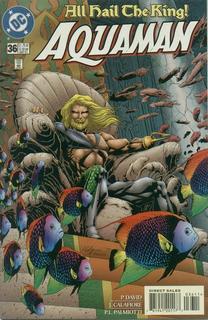 Yet, as much as I enjoyed David and Morrison’s approach to the character, it didn’t change much in the larger picture.  Sure, some comic book fans had a new appreciation for Aquaman.  But they weren’t going to sway the tide of public opinion.  They weren’t going to change the minds of people who laughed at Aquaman jokes on Saturday Night Live.
Plus, it’s been a decade since David or Morrison worked with the character.  It’s been a decade in which Aquaman “couldn’t hold his own title. “  It’s been a decade in which Aquaman has been depicted as a water elemental and a fantasy character and anything except a powerful, classic superhero.  David did incredible work with the character.  But it didn’t stick.  It didn’t change conventional wisdom.

I doubt Geoff Johns will have much success in that regard either.  It’s hard to swim upstream against decades of conventional thinking.  But maybe it’s not impossible.  David changed the minds of one generation of comic book fans.  Johns might shape the opinions of another.  Plus, Johns’ new Aquaman is part of DC’s high profile “new 52.”  That’s still not SuperFriends level, but it’s more exposure than the character has experienced in decades.  The cumulative effect might eventually change public perception.

I’m not holding my breath though.  Once public opinion has set in, it’s almost impossible to change.  But I can still enjoy a great Aquaman series.  And I can still appreciate the attempt to showcase him as a real superhero.

I'm hoping Morrison is able to shake off a little of that "big blue Boy Scout" image that Superman's been saddled with for years, too.

Yeah ... I really can't understand how Aquaman and Catwoman can be called characters who "can't hold a title" when they both DID hold titles for nearly 10 years.

The approach and version make a difference too; Peter David's Aquaman was the one who held his title in the 90s, not the original version.