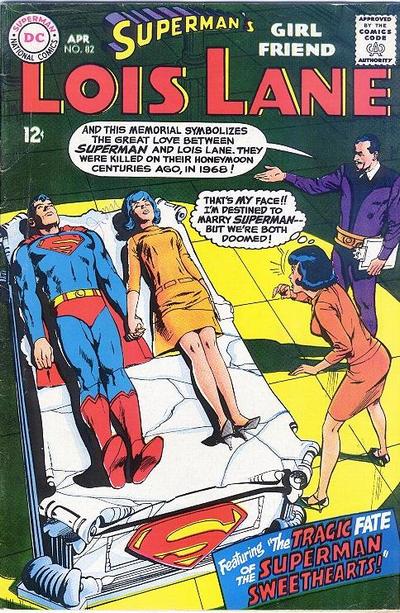 And this must be the flimsiest time machine ever constructed... 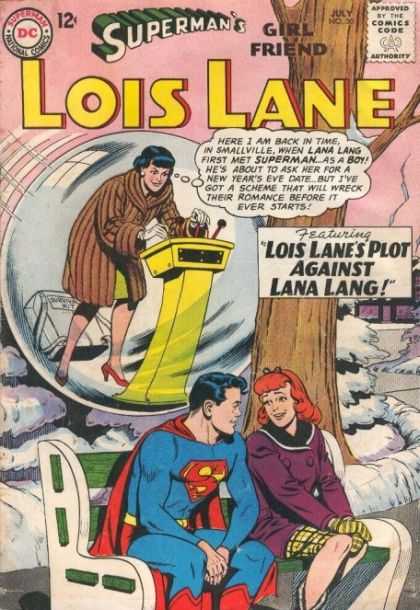 Hey, Steve - I notice that you've been neglecting romance covers this month, while concentrating on such worthy alternatives as Lois Lane and her adventures in time.  I realise that the overlap between romance and dinosaurs isn't large, but it would be a pity to miss them out entirely.

So, with no small degree of fanfare, let me present: 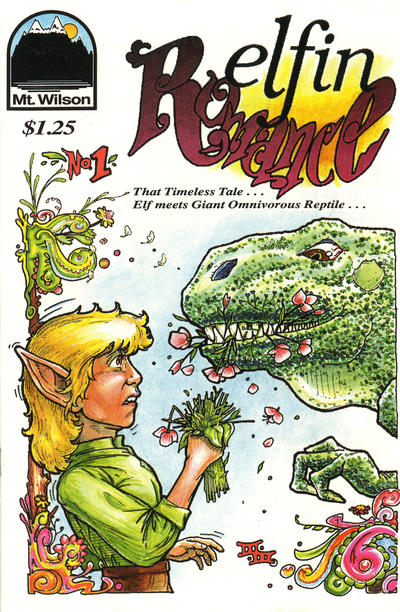 You know, this is so unutterably bonkers, I think it may be my favourite cover of all that I've ever posted to this discussion!

Two from the original Captain Marvel 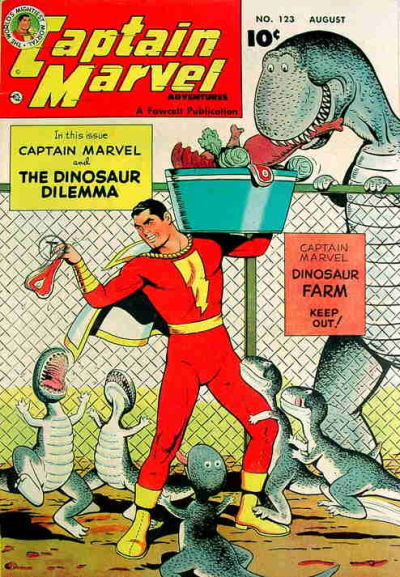 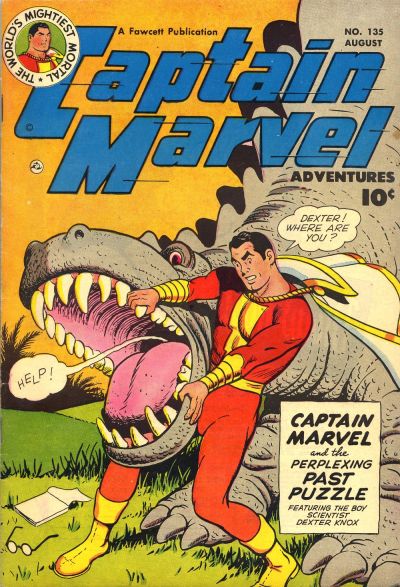 A couple of Flintstones-- including a promo comic where they travel in time to the 1964 World's Fair which, of course, had an exhibit of dinosaurs, sponsored by Sinclair Oil: 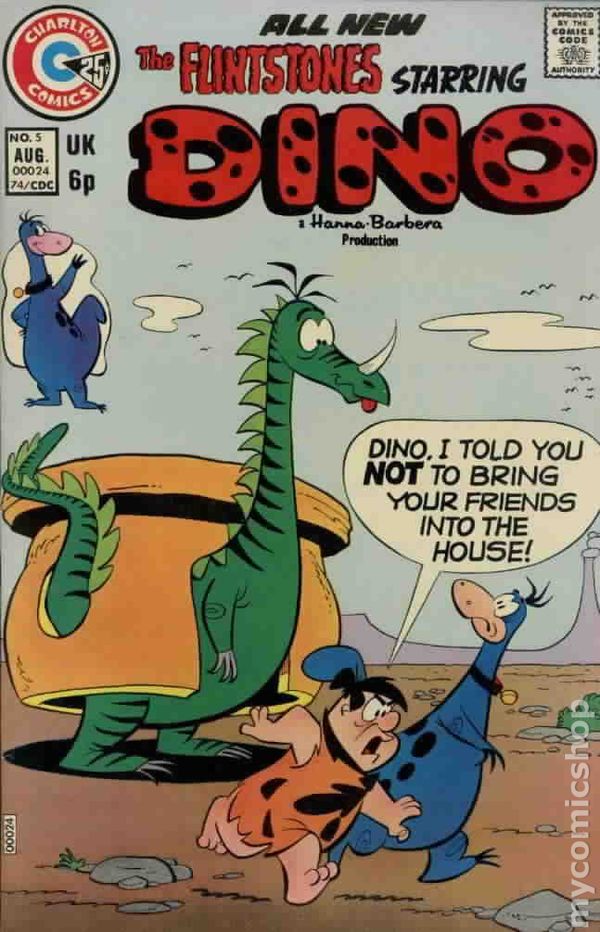 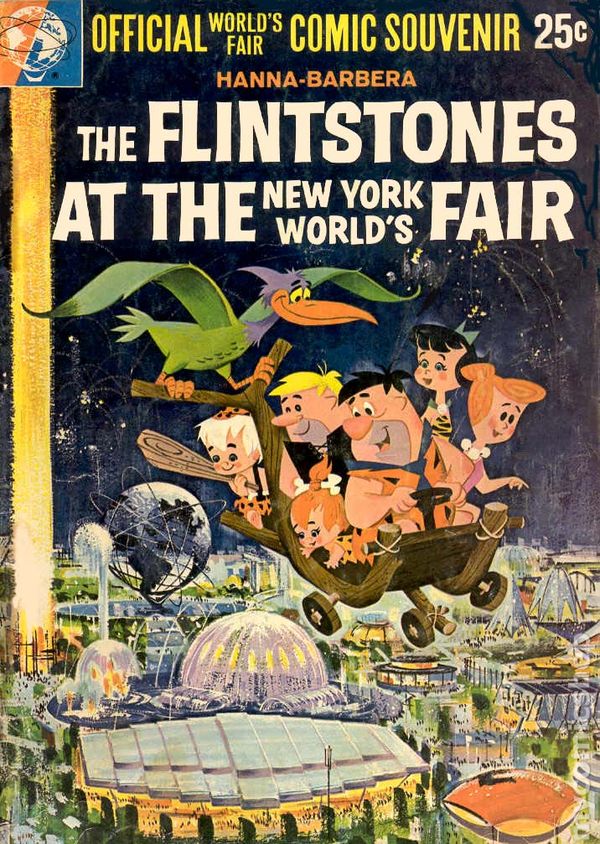 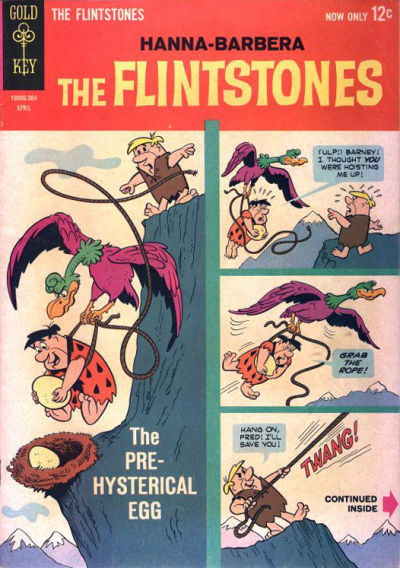 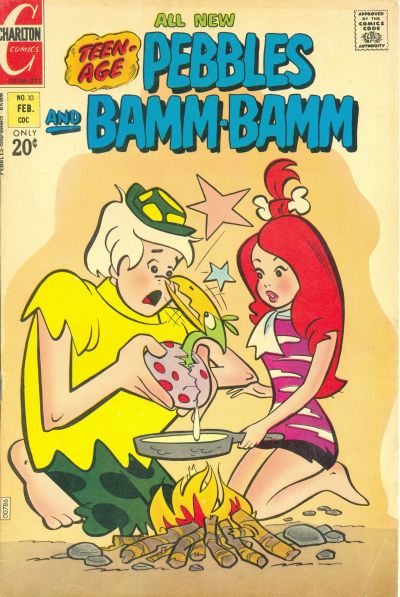 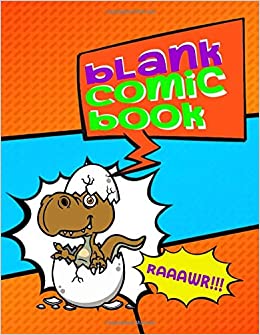 The Justice League has heroes from the past meet them, they themselves go into the past to meet other heroes and go to the future to do the same!

Plus how weird is it that the JLA met Jonah Hex twice in the Bronze Age! 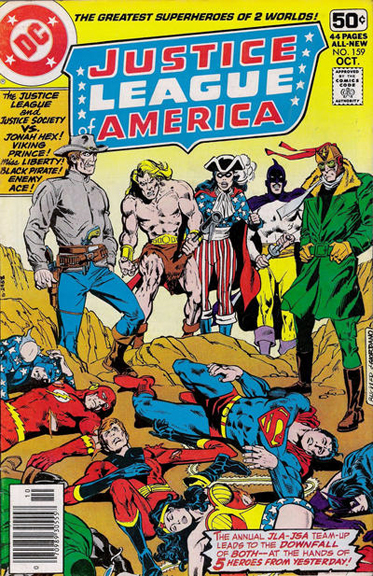 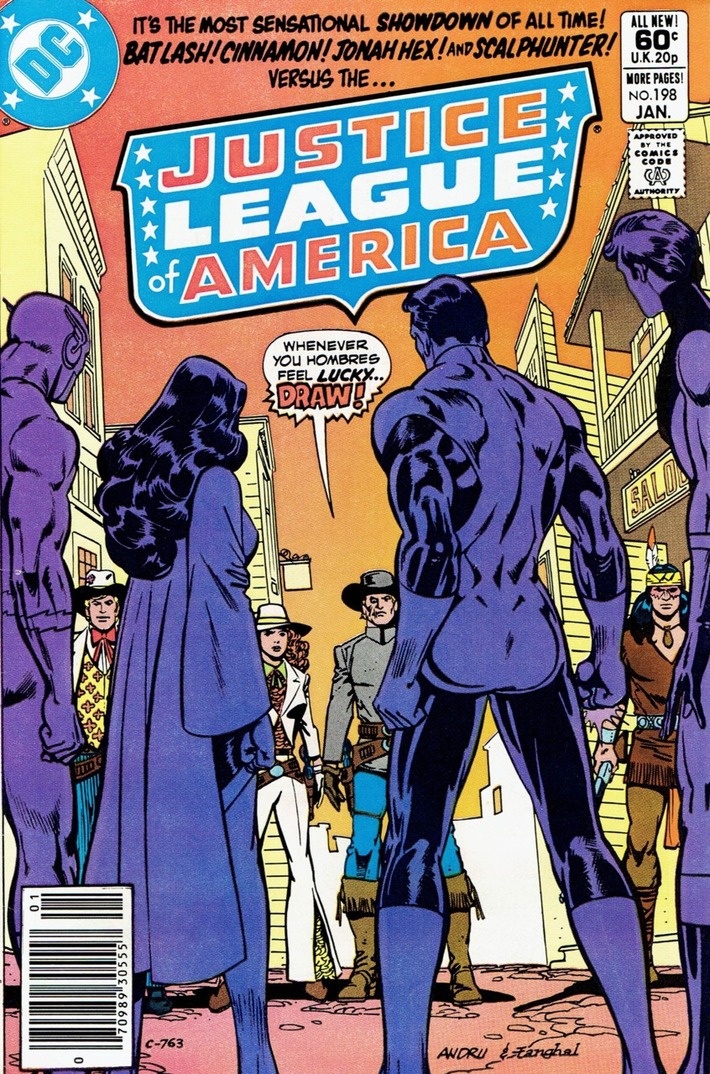 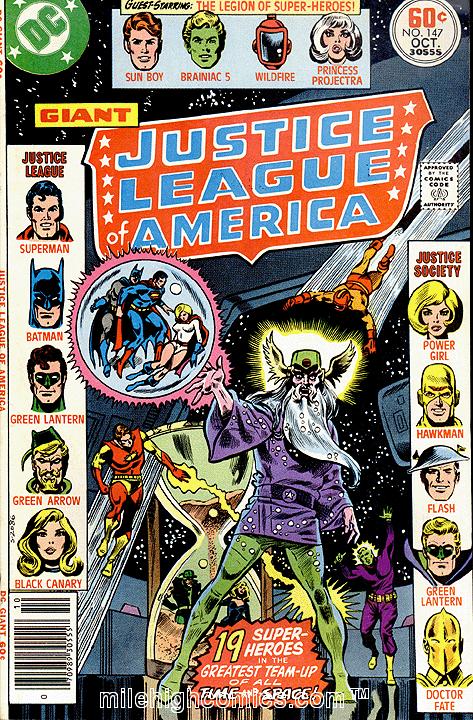 This seems to be a popular travel spot that covers both parts of this month's theme. 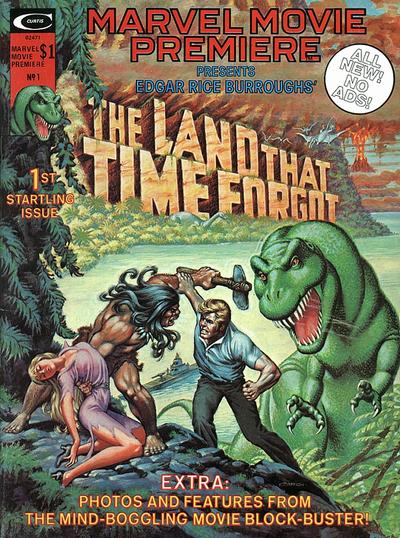 Look at all the "tourists" it attracts! 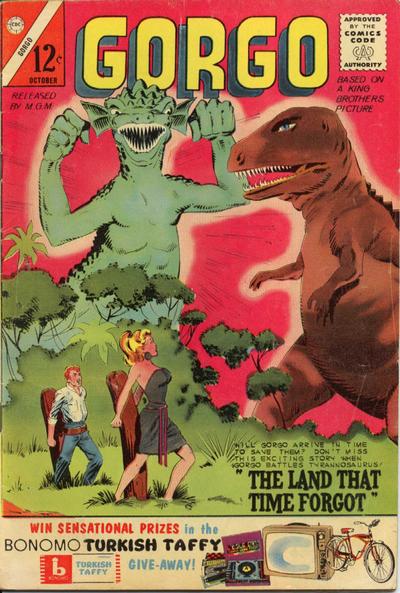 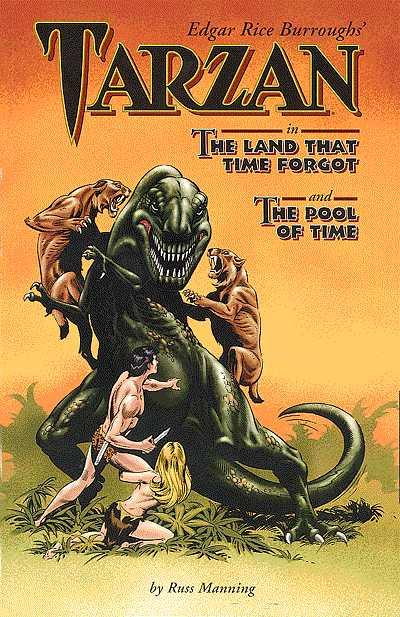 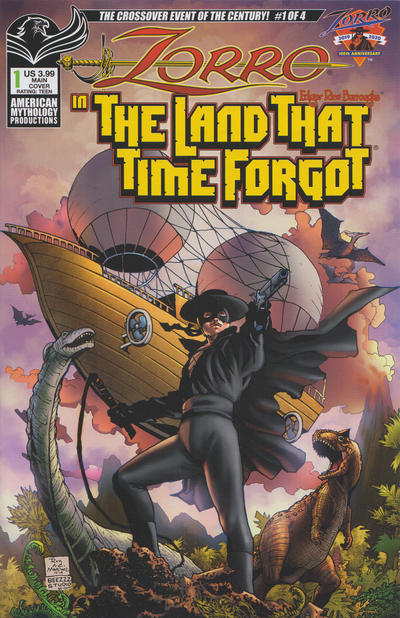 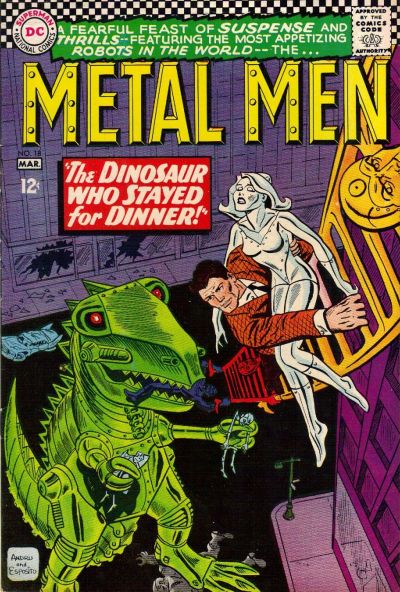 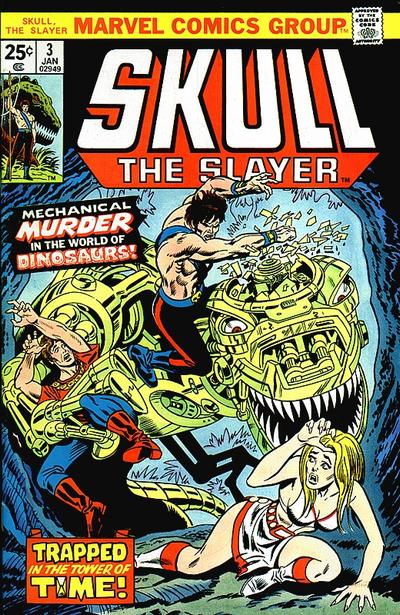 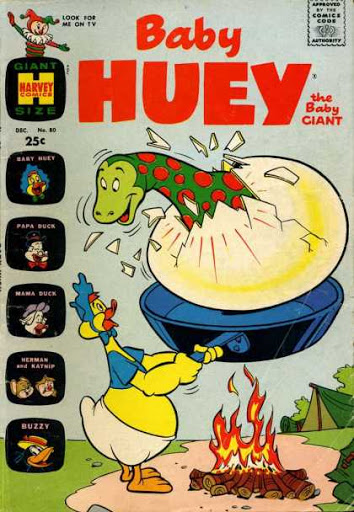 Then Jeff of Earth-J told us about his jerk room-mate who mocked him for reading comics and therefore, obviously, liking Baby Huey, a character JoE-J had never even heard of. I started slipping in Baby Huey posts at this thread whenever possible, which, of course, introduced me to this character.

Then I read a few scanned online comics.

They’re not just generally bad. They’re disturbing. Baby Huey himself exists as some kind of kid-comic eldtritch abomination, the sort of thing Lovecraft might have imagined if he’d huffed bath salts and then watched a marathon of Donald Duck cartoons. He’s supposed to be a “baby,” and  he wears a giant diaper—just contemplating that thing is nightmare fuel—and a bonnet, and he’s often given a bottle or baby food. At other times, he eats solid food and candy, while his vocabulary suggests he’s an older toddler. His parents nevertheless let him wander about on his own, though one suspects they may be hoping he doesn’t return. His combination of infantile idiocy and superhuman strength causes mayhem and spread destruction. Given how terrible most of the inhabitants of his world behave, however, I’m not certain they don't deserve it.

In the 1990s he received an Easter-themed live-action movie featuring co-star Maureen  McCormick. Dear gods, why? If this thing was going to exist, couldn't they have at least hired Tommy Wiseau or Uwe Boll to direct? Why the half-measures?

Anyway, here’s another Baby Huey cover. Collect them all and be driven into the realms of unnameable madness from which no traveler returneth.