This was the first time I ever encountered a Neal Adams cover.  What a beaut - I practically snatched this off the spinner. I was already an X-Men fan and Cyclops was definitely my favourite. This cover said it all. My first Superman comic book was also my first Neal Adams... and a purple cover! 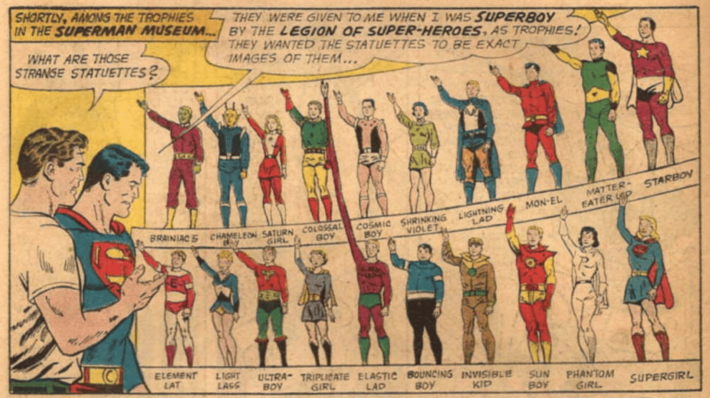 To Richard Willis: My first trip to any dentist wasn't until my late 20s to get a wisdom tooth removed, so you can imagine how that went.

Now then, to continue down memory lane...

My first anniversary issue of any title was Action Comics 484, which celebrated Superman's 40th anniversary.

Not being familiar with the concept at the time, I didn't get the tell tale clue on the cover about where the story took place but I do remember the media sensation the event made when the news broke that Superman and Lois were due to (finally) get married. 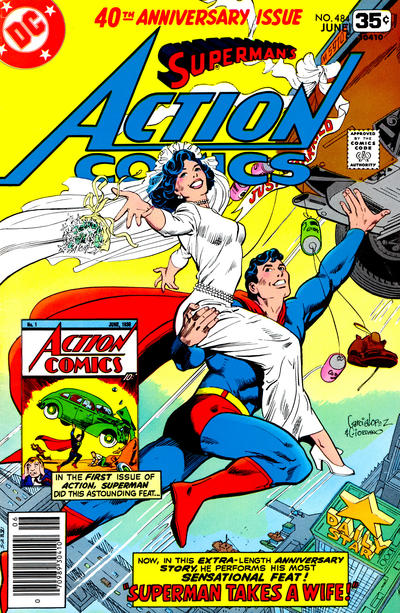 While Nick Cardy (Action 434, etc) and Jose Luis Garcia Lopez are both great (cover) artists, my first Neal Adams cover wasn't until the next issue because it reprinted part of Superman #233. (Unfortunately, to this day I still lack having any of the "Sand Superman" Saga in my collection, but that's another matter.) 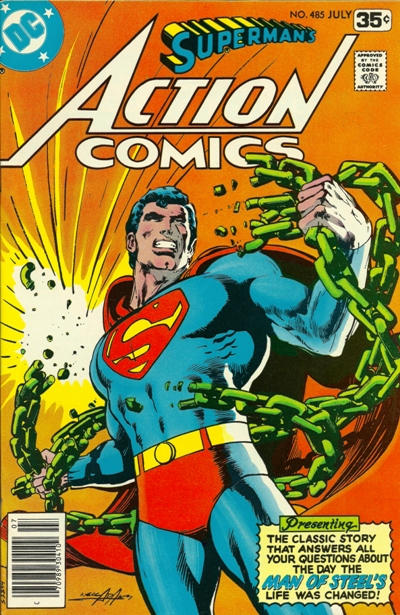 In my humble opinion, while Cardy, Lopez, Adams, and George Perez are the best DC UNIVERSE artists, Curt Swan will always be THE Superman artist in my book, ESPECIALLY when inked by Murphy Anderson.

You must have heard of Deadman before, otherwise his out of context statement on the cover would have been puzzling. 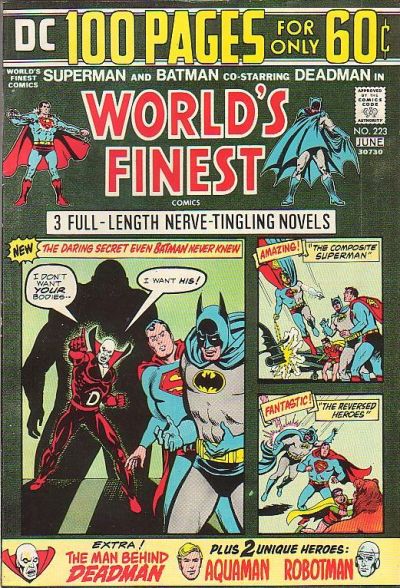 I don't have any "my firsts" for now.

This cover is not only great, but was one of the best Imaginary Stories I had read, at least back then . It was also a rare exception at the time as a book-length story. Virtually all issues back then had two or three stories. 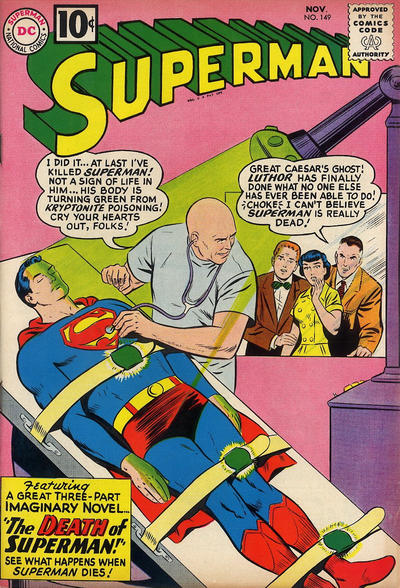 Reasons for picking this JLA cover as a favourite:

- I love the title: "Outcasts of Infinity" sends shivers up and down my spine!
- Murphy Anderson's always-gorgeous inking over Mike Sekowsky's pencils.
- The issue itself is the subject of one of my earliest memories of reading American comics.

It is cover-dated February 1964.  At that time, unsold comics were often shipped to the UK for sale, arriving months after they had appeared in the US.  I probably picked up this issue in the late summer of 1964, when I would have been eleven.  After all these years, I no longer own the comic, and don't remember the story at all (though the synopsis on the GCD sounds slightly familiar).  However, I distinctly recall being puzzled that the hero in red on the cover, whom I recognised as Giant-Man, was called The Flash in this comic.

Despite my comments yesterday about never being a fan of Marvel, I evidently read at least some of their comics in my formative years! 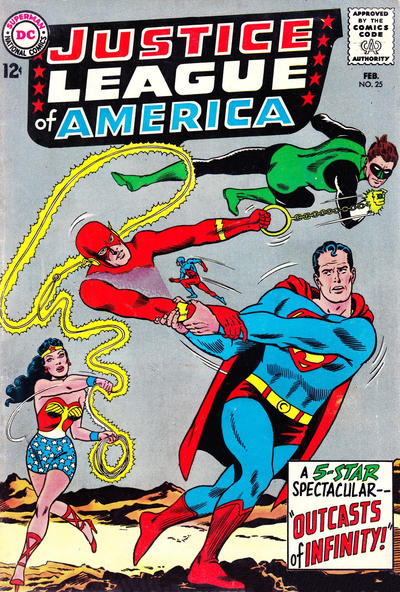 "D" is for Detective. My second issue of Detective Comics was my first "Joker" story. Who would want a set of NON-posable Legion figures?

And I wasn't crazy about Cosmic Boy and Chameleon Boy's poses, let me tell you!

This fandom site usually has more detailed synopses of comics

......the synopsis on the GCD sounds slightly familiar).

Jeff of Earth-J replied to John Dunbar's discussion Marvel and DC Golden, Silver, and Bronze Age collections
"The Phantom Stranger Omnibus was originally solicited for May 24 release, so we may…"
10 hours ago