I suspect you're right, Richard.  I don't really have any evidence for my claim that we in Britain had unsold American comics (i.e. returns) shipped to us.  It's something I've "always known", but it's probably just an incorrect assumption made many years ago.

When I first started reading American comics in the mid sixties, we got the comics a long time after they went on sale in the States.  The delay was, I believe, at least six months, possibly longer.  The British price was put onto the cover by hand, using a rubber stamp, or occasionally a tiny sticky label.  That price seemed to be rather less than the original price.  For example, I have 12-cent comics from 1964 that are rubber-stamped at 9d.  That's 9 old pence, when there were 240 pennies to the pound.  According to this website, £1 was worth $2.79 in 1964, so 9d would be about 10.5 cents.

Putting all that information together, it didn't seem too wild a leap to guess that we were getting comics that had already failed to sell in the States.  However, your counter-arguments are convincing.  I think I was mistaken.

Peter's statement about comics unsold in the U.S. being shipped to the U.K. doesn't fit with what I know. Unsold comics in the U.S. (when they were still returnable) would be stripped of their covers. The covers were returned to the publisher for credit and the rest of the comics were supposed to be destroyed. Some would be illegally sold as coverless, but if the U.S. comics you were buying seemed brand new and had covers they were probably always intended for the U.K.

After the Army joined me and sent me to Vietnam, we had a PX (post exchange - a small store). Even though we had no plumbing, I bought a self-winding watch there that lasted for 40 years. I also bought comics there every week. Like you describe, they were about three months behind. I suspect that these were also always intended for us. They were just shipped the cheapest way possible - - hence the delay. This wasn't all bad because it made me try other titles from Charlton, etc, that I hadn't been buying already.

Various people here have spoken of the comic that introduced them to the Legion.  I believe that this is the comic where I first encountered them, though sadly it's not one I still have.  In the early days of my comics buying, my parents persuaded me to pass them on to friends and family after I'd read them, and this was one of the ones lost in this way.  After I'd decided to start hanging on to my comics, I was able to acquire a fair number of earlier issues, but this one never turned up again.

The loss obviously lends this comic extra charm for me.  But I also love the cover because, although Lightning Lad is apparently being imprisoned for all time on the Moon in a cage that's open to vacuum, only about four feet across, and lacks any toilet facilities, the Legion has made sure he won't get bored.  Note the press-button control labelled "Books".  That's what I'll want if I ever get locked up for the rest of eternity! 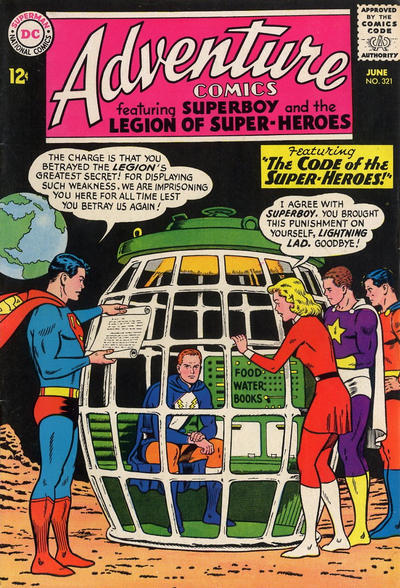 It looks like Rip Jagger may have the full book online. I so want this guide - am going to check out ebay right now. Great cover too...

As a premium with your Charlton subscription you received this guide—I still have it. 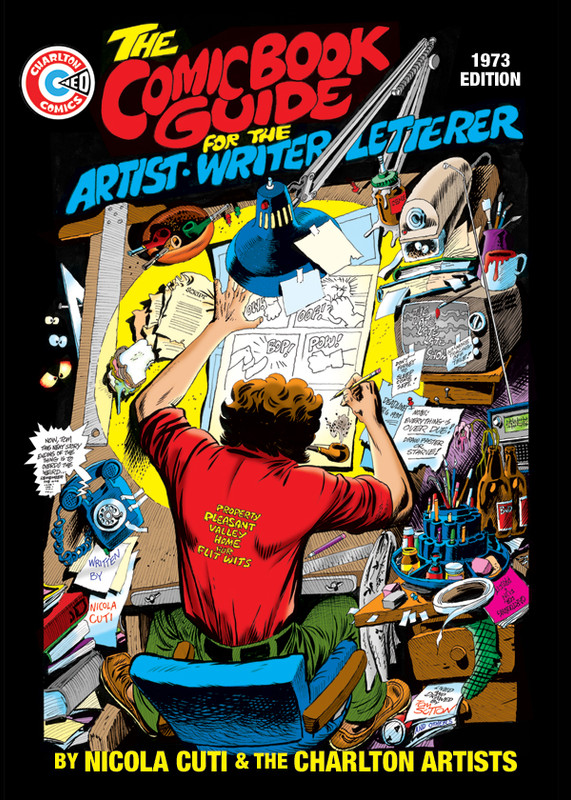 I submitted stories to Charlton.  Nothing was accepted, but I did get a nice postcard signed by Nick Cuti.

I had always “heard” that American comics ended up in Europe because they were used as ship’s ballast.  This website indicates that that is true. 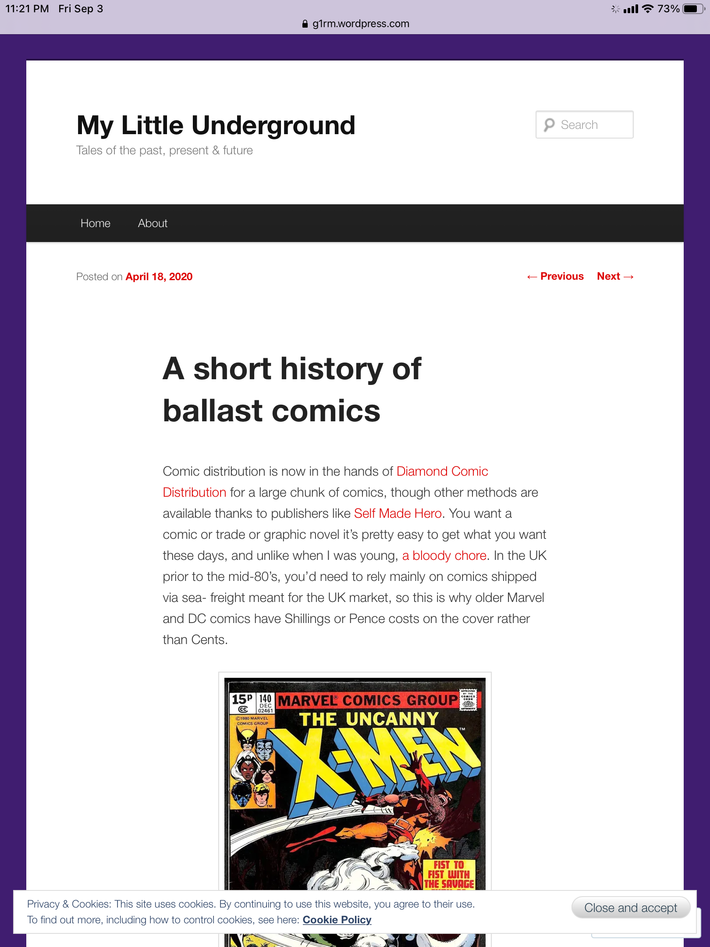 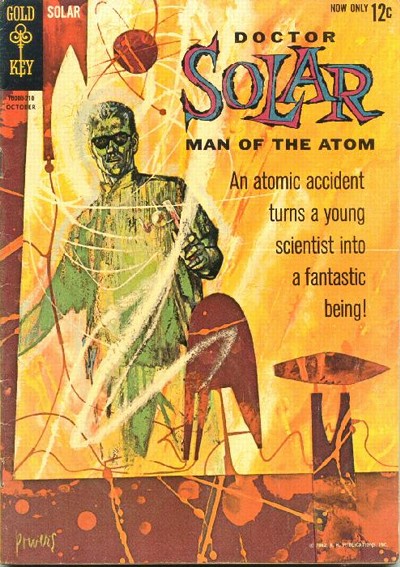 Saturday mornings! The original Scooby-Doo Where are You? debuted when I was in kindergarten, and became my favorite cartoon. While I've never read many Scooby comic books and not this first issue of the Archie run, I think it captures the classic Mystery Inc. (and one interloper) rather nicely: 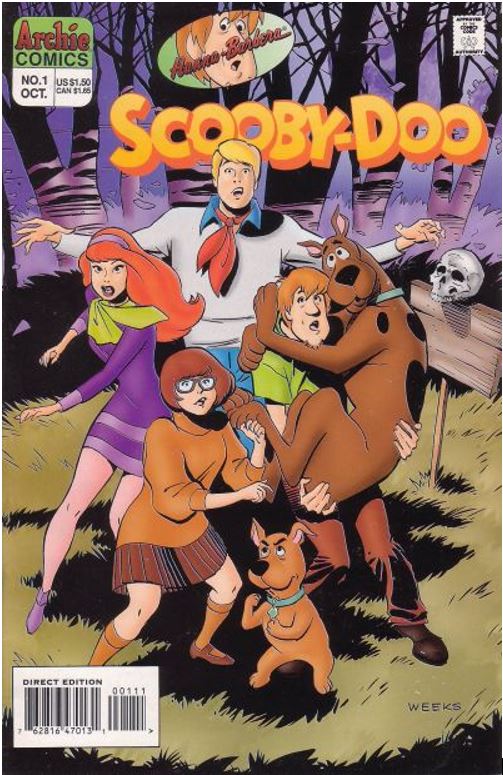 When I was in elementary school, my best friend, knowing my favorite character was the Hulk, told me his neighbor had a copy of Hulk #1. The neighbor boy was younger than we were, but the comics belonged to his older brother, who was away at either college or Viet Nam, I forget which. He kept his comics in a large box that a large appliance such as a kitchen sink might be shipped in. The box was large enough for two kids to sit inside it. Beyond that, the comics might as well have been strewn across the floor. This is the "Hulk #1" that was in the box. I wanted it desperately. It took some finagling, but I eventually got it. This was only the second issue of Avengers proper that I had, the first being #129. But I had a nice run of Marvel Triple Action (unlike Jeff, I do count reprints. Hey, any book you've never read is a new book!)

But, c'mon! How do you NOT buy this one? The Beast's appearance here struck me so much that I had to buy Marvel Team-Up #38 when it came out four months later! 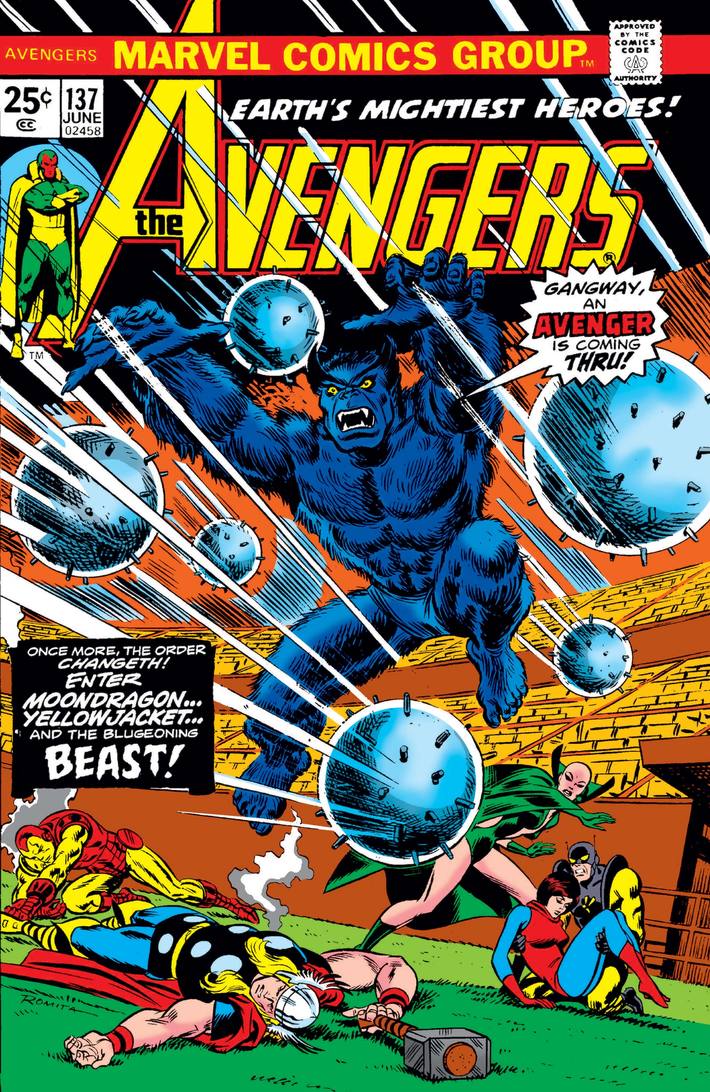 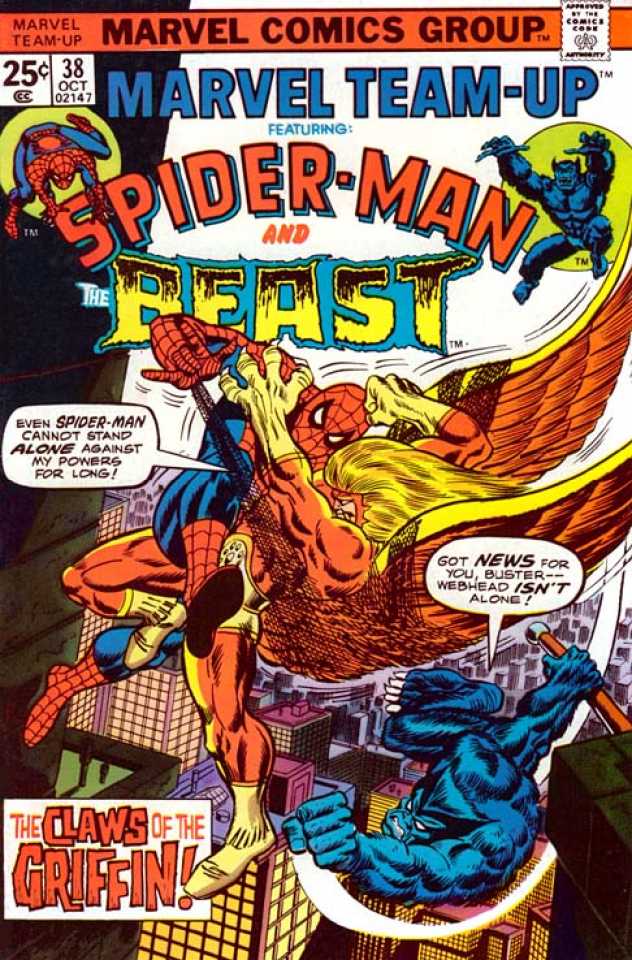 The Circus of Crime (Silver Age version) debuted in a 10-page story in Incredible Hulk #3 (SEP62). This Spider-Man cover is a good representation of the gang (minus the Ringmaster). This was from the period when Peter would shine his spider signal. Bad guys were actually spooked by it then. 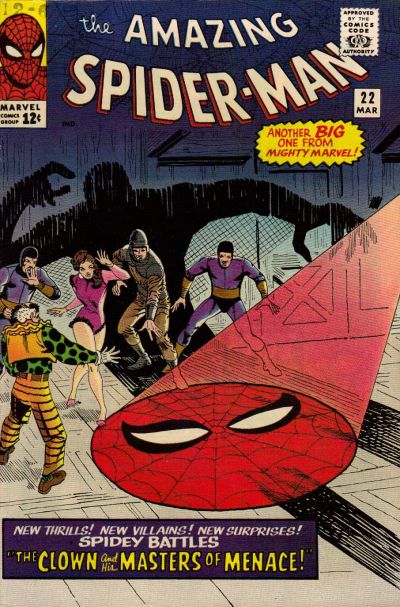 Me? What gave you the impression I don't count reprints? I have a complete run of Marvel Tales from #1-265. (I skipped on #266-291 because they were becoming too recent.) Speaking of Marvel Tales, though (and speaking of favorite covers), back when comics were only a buck or so I'd often buy comics simply because I liked the covers. The editor of Marvel Tales at the time would hire popular cover artists to do lengthy runs, and I would buy these, just because I liked the covers, even if I had the originals (which I most often did). While the aforementioned Action Comics 484 was my first anniversary cover/issue, Superman 300 is my first milestone cover/issue.

Elliot S! Maggin and Cary Bates had just finished co-authoring a 4 part story between issues 296-299, but the tale for 300 had nothing to do with that adventure.

2001 seemed a long way off with a lot more possibilities in 1976 than what we actually experienced 25 years later.

At that time the average comic book was only 18 pages of story and art, so both this and Action 484 were big to dos coming in at 20 pages each. Not like the much bigger celebrations of Batman's 300 issue and beyond that I would see later in life.

The one thing that gets me is that the Grand Comics Database, from which the image below originated, solely accredits Bob Oskner for the cover. Oskner inked Curt Swan during issues 296-300, but I could have sworn Swan at least penciled 300's cover. 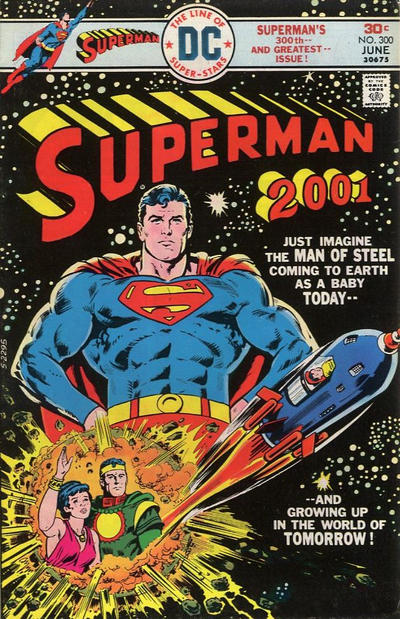 After Adventure Comics #321, my introduction to the Legion, I bought their stories intermittently until I acquired these comics.  It was Jim Shooter's two-part story "One Of Us Is A Traitor" and "The Traitor's Triumph" (great titles!) that turned me from someone who quite liked their stories into a rabid Legion fan.  I bought every comic they appeared in for the next three years. 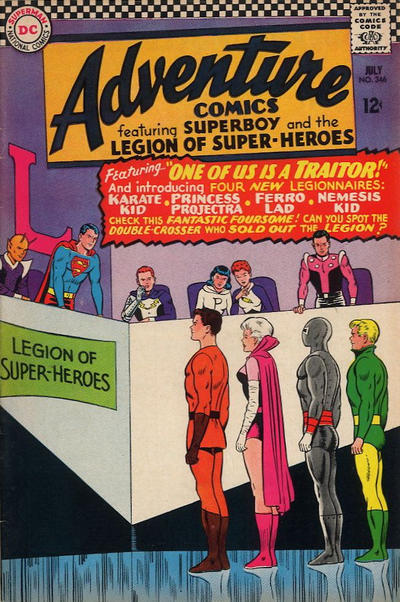 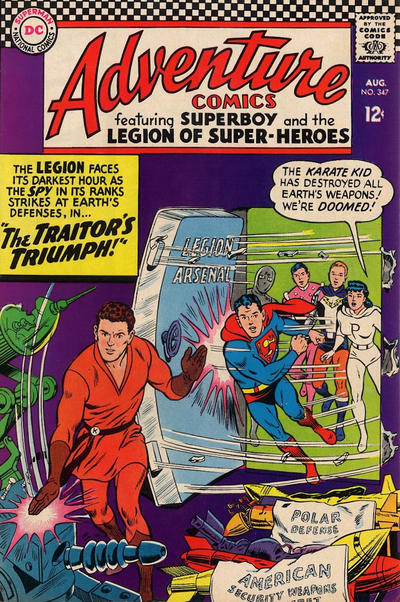