It's a National Day for Truth and Reconciliation here in Canada, and I wanted to post a FN-related cover. Turok, I realize, is hardly a realistic or stereotype-free representation. However, I also note that Anishinaabe actor Adam Beach spent years lobbying for a Turok film because, as a kid, that was the only comic-book hero who looked like him, and he felt a contemporary movie could address any issues with representation and give FNMI kids a super-character of their own in the movies. He would partially get his wish, voicing the character in a 2008 animated adaptation. 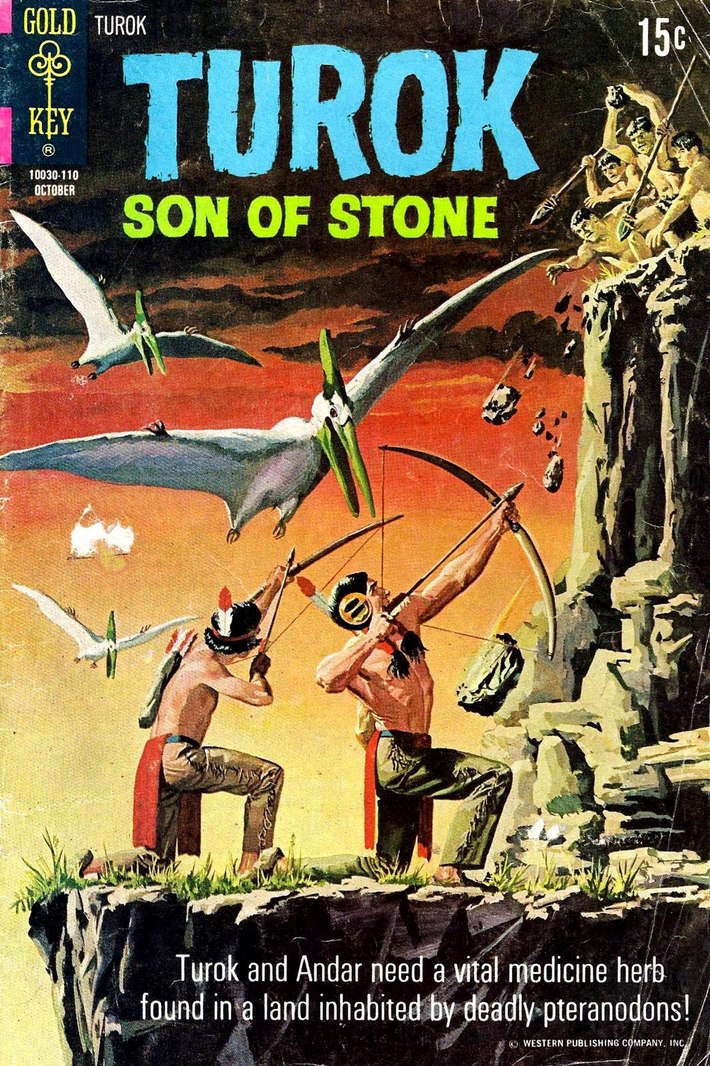 This particular cover hadalready landed on my "favorites" list for a less-serious reason. When I first saw it, I misread it as meaning something like, "Turok and Andar need a vital medicine (that) Herb found in a land inhabited by deadly pteranodons!" Who's Herb? This cracked up my brother and began a bit of an in-joke between us that lasted for, possibly, an entire summer.

We're also on the final day of this theme, so I'm posting a cover I really like that introduced me (I mean, I'd heard of her) to the Stephanie Brown Batgirl and features line-ups of Draculas: 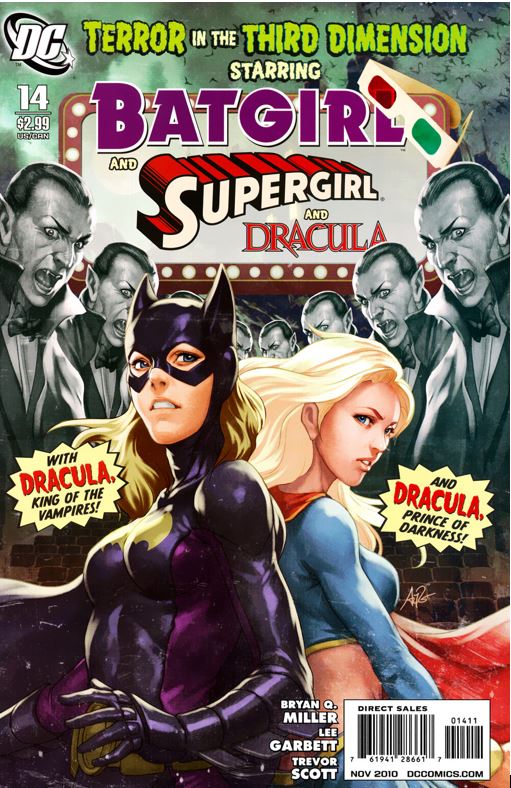 The same thing happened to me when I saw this cover as a child: "Who's Nuff? And why should I care what he said?" It wasn't until I heard the phrase spoken sometime later on an episode of All in the Family that I had my epiphany.  "Oh, "'nuff"!" And another purple(-topped) cover. The Metal Men are one of my favorite concepts and I'm shocked that they never became an animated series!

(And this one has some purple in it!) 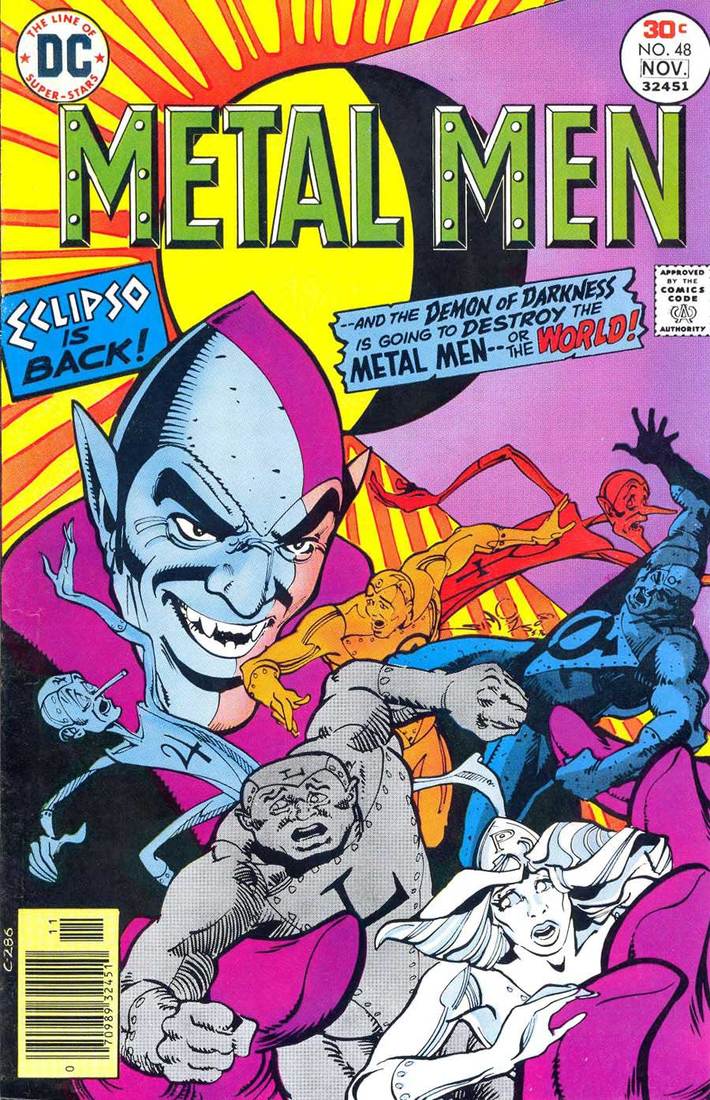 A favorite cover that is also a transition cover, being a lineup of Flash's rogue's gallery. 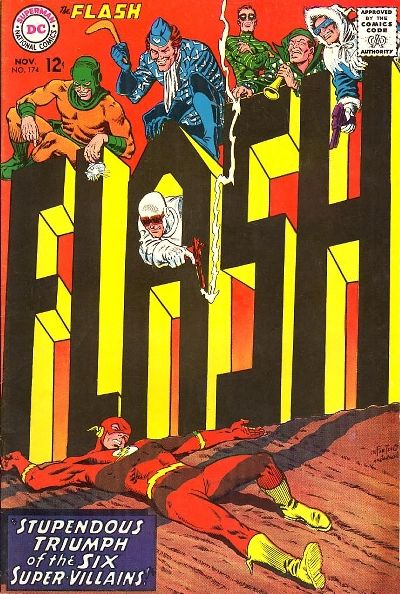 Tailgunner Jo is a little-known six-issue limited series published in 1988/9 that I really liked.  Here is the GCD description:

Billed as a futuristic fantasy.  Jo is a young girl stored as a computer personality in her cybernetically-enhanced father.  Jo is both her father's tailgunner in the "real world" and has computer generated fantasy adventures.

Here are a couple of covers from the series.  Her father, Lars Gunnar, is highlighted on the first, Jo and her fantasy world on the second. 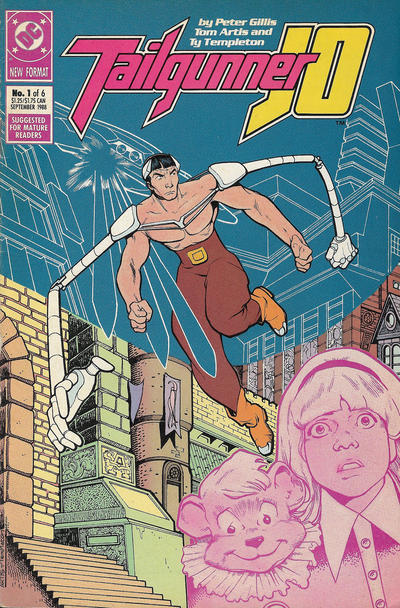 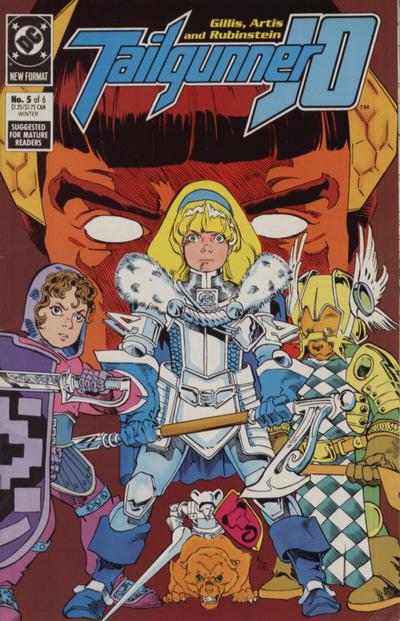 As indicated by my use of the Batman-Spectre Detective Comics meeting earlier this month, for me sometimes it isn't always the art per se but another matter.

As time passes, technology improves. Over the course of the three part mini-series Underworld Unleashed, DC tried out some new shades of green that I liked. In time these hues have appeared in other places, most notably Green Arrow, Green Lantern(s), and Swamp Thing, naturally.

Whether or not these three can also count as transition covers, I'll leave to the "judges".

Not sure I'd consider Neron the "Absolute Evil", for he has yet to fight Darkseid. 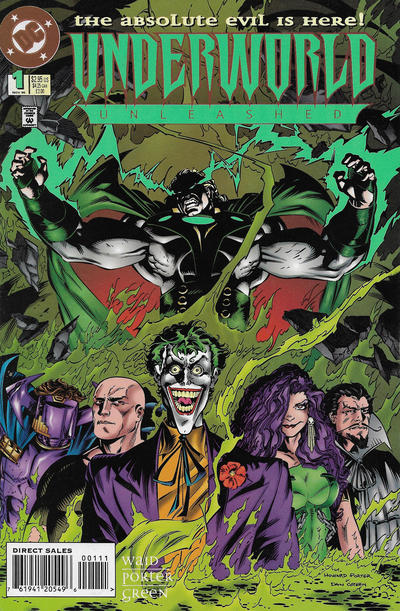 Several times over the course of any company's publishing history we have had "Hell on Earth!" 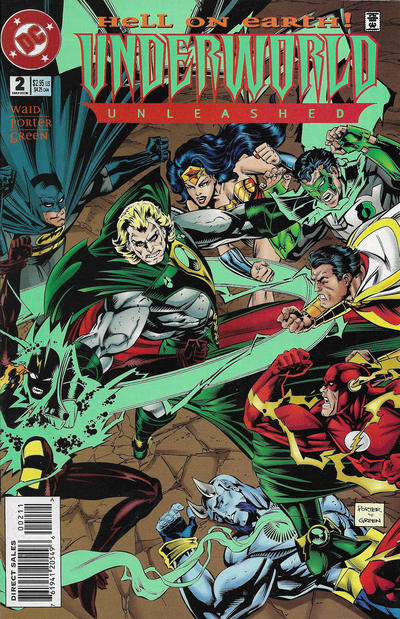 But you have to admire the hutzpah of the blurb for part 3, considering by then I had already heard of Doctor Fredric Wertham. 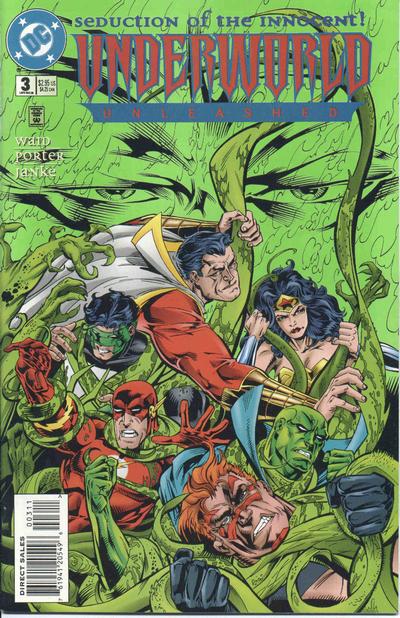 Transition covers? This is a favorite of mine, it exemplifies the October theme, and it's purple. (I think it's also been used before, but I wasn't about to let that stand in the way of a good transition.) So we've arrived at the last day of the month and I've only posted 27 covers so far, meaning I still have 3 to post. Weirdly they all feature women/girls in starring roles, although I can't say that this was a conscious decision.

This is my favourite Lois Lane cover. I can almost sense her frustration in being let down by Supes and her decision to start a new life without him.  Mushy I know but moving nonetheless. Followed by this 60s homage to jealous, vengeful, spiteful girls, angry with their male counterparts. I realise that the cover is reinforcing a negative stereotype and it's a stereotype that I deplore, but it's still a great cover! And finally, this one. Nowadays, I recognise it as evidence that comic publishers in the 60s were anti-feminist and misogynist, but at the time I thought it was proof that girls put their appearance before their duty! Shows how times have changed (and very much for the better!). 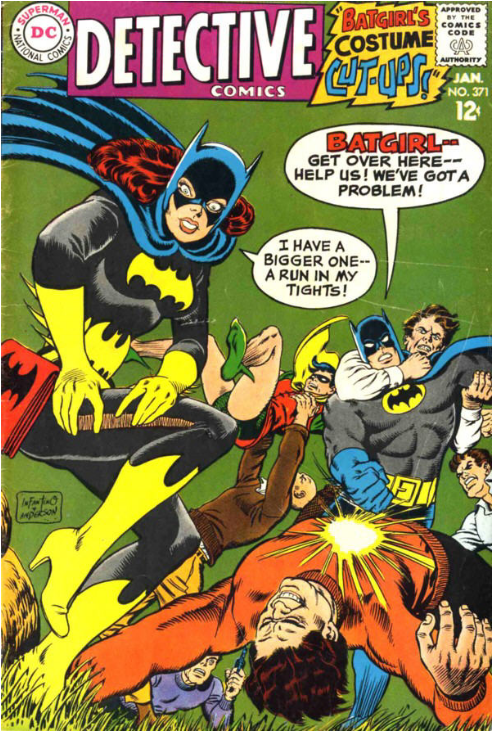