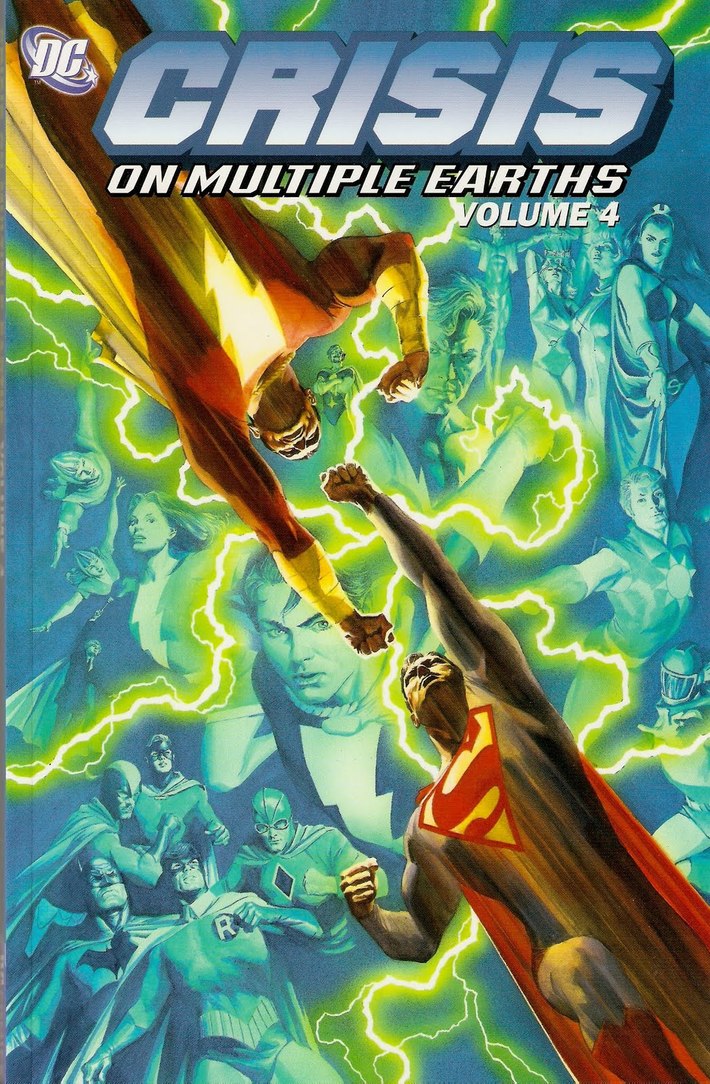 JSA: Strange Adventures #4.  For this mini-series, the GCD has minimal plot synopses, and the DC wiki has no synopses at all, so I don't know quite what this cover scene is depicting, but it doesn't look at all good for Johnny's Thunderbolt.

But if you're worried, just hold on for a couple of days until I've posted the final cover of the series! The 1975 JLA-JSA team up Phillip alluded to above was my first, although I had already bought and read a couple of Justice League issues (alas, post 100 page giants though) thanks to the Super Friends TV series.

While Cary Bates sort of appeared on 123's cover, him and Elliot S! Maggin both got in on the action thanks to The Wizard of the Injustice Society.

Julius Schwartz even made a guest appearance, but stayed on Earth Prime. My introduction to the multiple earths concept as well, but one I quickly grasped if not knowing all the rich history of Earth 2 at the time. 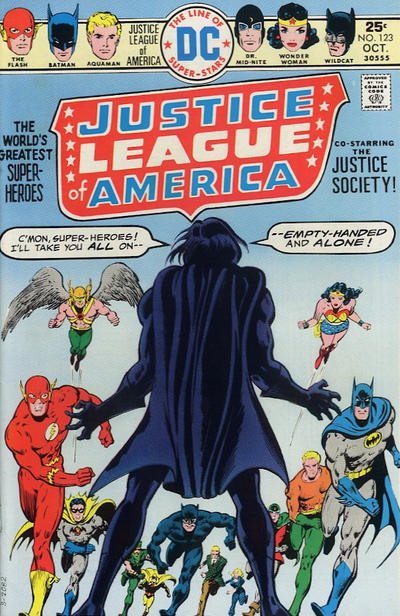 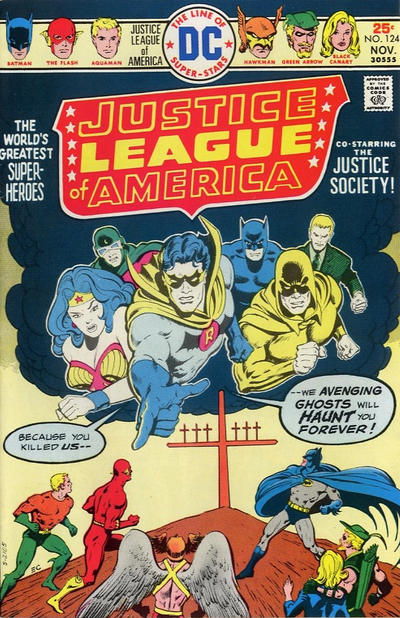 Tricked into using a dream-inducer by a disguised Brave Wave, the JSA  members each experience challenging dreams intended to drive them mad. Spoiler: it doesn't work. 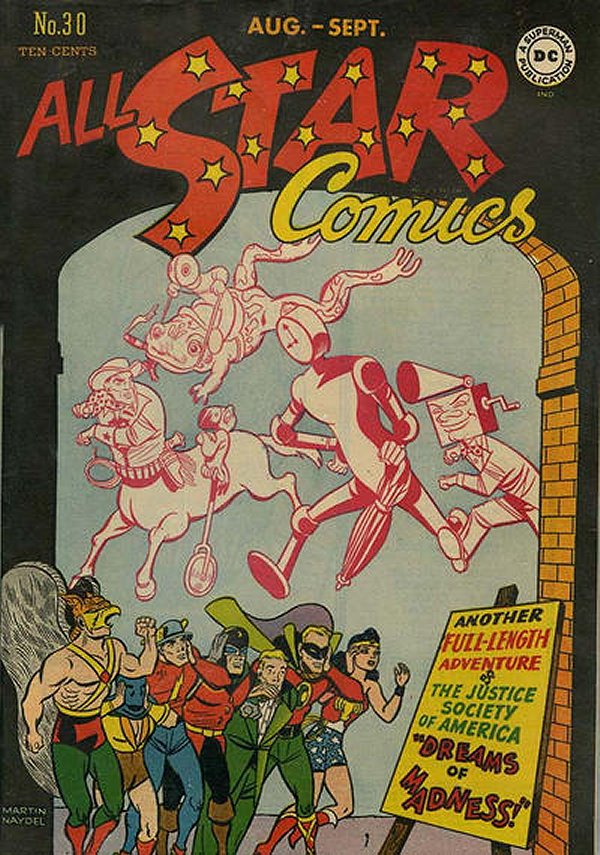 Also, one of the issues that had to be altered to substitute Flash and Green Lantern for Starman and The Spectre.

Secret Origins of some characters with JSA pedigree: 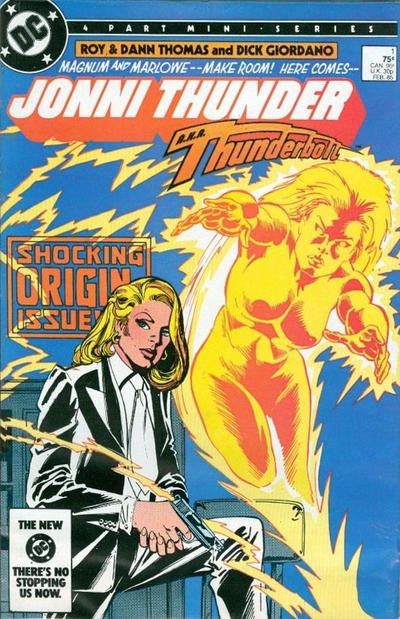 But (uh-oh!) no sign of Johnny or the Thunderbolt... 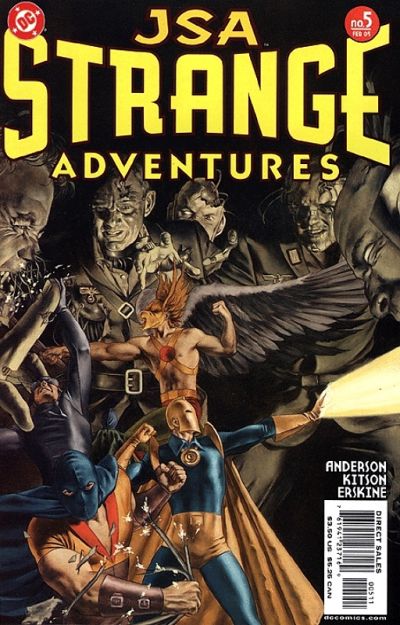 The "Mr. & Mrs. Superman" feature (which should have been collected by now!) from Superman Family #204 (D'80) sought to explain why Johnny Thunder left the JSA in 1948. 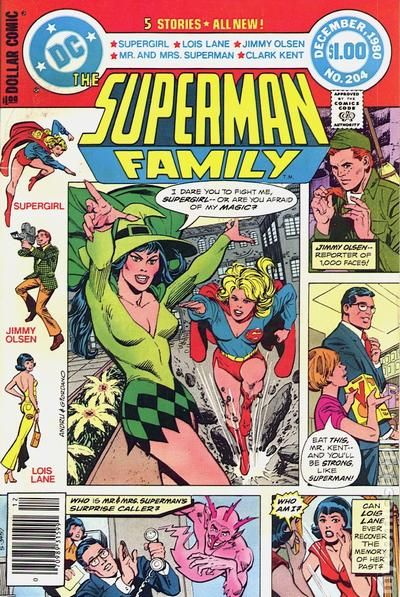 Tricked into using a dream-inducer by a disguised Brave Brain Wave, the JSA  members each experience challenging dreams intended to drive them mad. Spoiler: it doesn't work.

Hey, I thought only The Atom could do that. 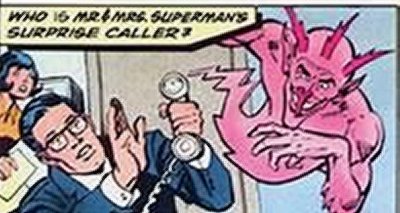 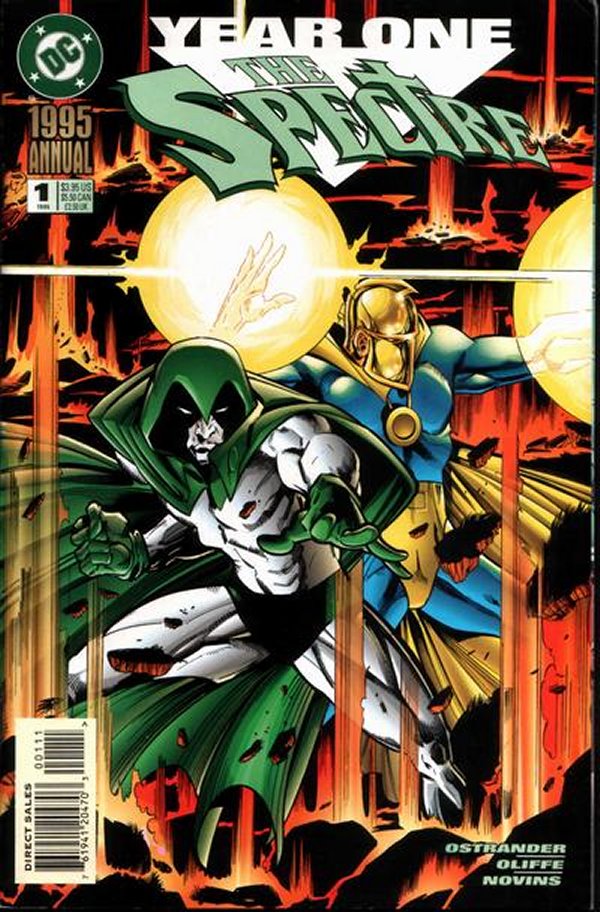 Tricked into using a dream-inducer by a disguised Brave Brain Wave, the JSA  members each experience challenging dreams intended to drive them mad. Spoiler: it doesn't work.

The Baron replied to Wandering Sensei: Moderator Man's discussion What Comic Books Have You Read Today?
"The Robonic Stooges is an adaptation of the short-lived (September 1977 - March 1978) cartoon…"
25 minutes ago

Steve W replied to Steve W's discussion A Cover a Day
"I met Neal Adams once at a comic convention in the midlands about twelve/thirteen years ago. I…"
3 hours ago

Richard Willis replied to Jeff of Earth-J's discussion Swamp Thing
"Jeff of Earth-J said: I have now moved on to volume two of the Absolute edition. The extras in this…"
4 hours ago

Rob Staeger (Grodd Mod) replied to Wandering Sensei: Moderator Man's discussion What Comic Books Have You Read Today?
"Yep! And from what I can tell, 48 opens with the conclusion of the Inhumans' first appearance,…"
4 hours ago

“Let me tell you the story of the space viking, Thor Odinson…”Watch the brand-new trailer for Marvel Studios’ Thor: Love and Thunder and witness it only in t...
5 hours ago
0 Comments 0 Likes

Captain Comics replied to Wandering Sensei: Moderator Man's discussion What Comic Books Have You Read Today?
"I remember that Fantastic Four #50 wraps up the Galactus part pretty quickly, and then it's on…"
5 hours ago

Rob Staeger (Grodd Mod) replied to Wandering Sensei: Moderator Man's discussion What Comic Books Have You Read Today?
"Last night I reread "The Coming of Galactus" from a Marvel Treasury Edition from 1974; it…"
6 hours ago