Only one more day. These are too good to waste. 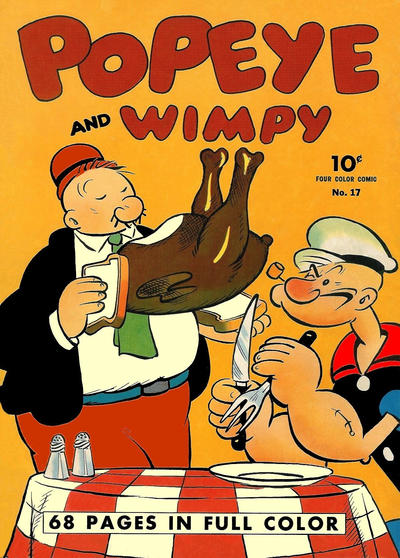 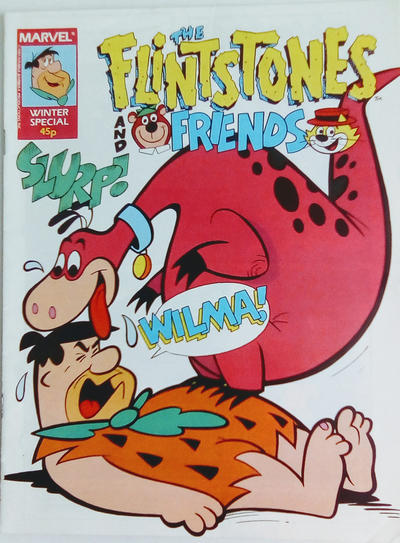 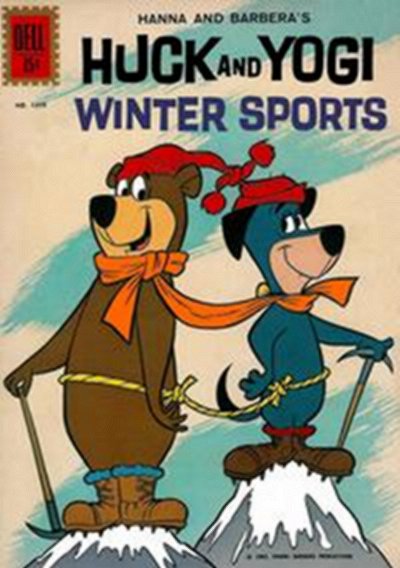 "If only Mary Shelley and Bram Stoker could have got together to write about a meeting like this!"

And, since you're writing in your troll persona, here's a dynamic duo (Aquaman and Aqualad) facing fire trolls. 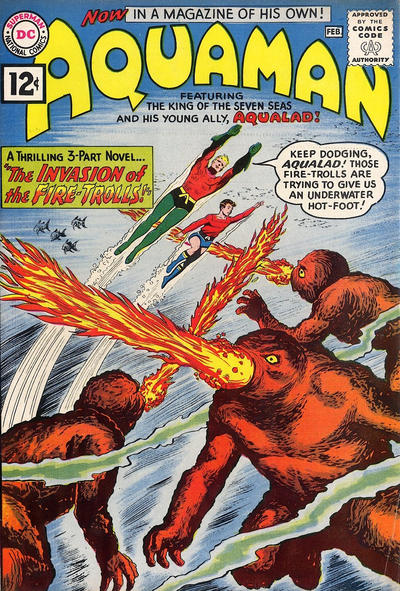 One for National Gorilla Suit Day: 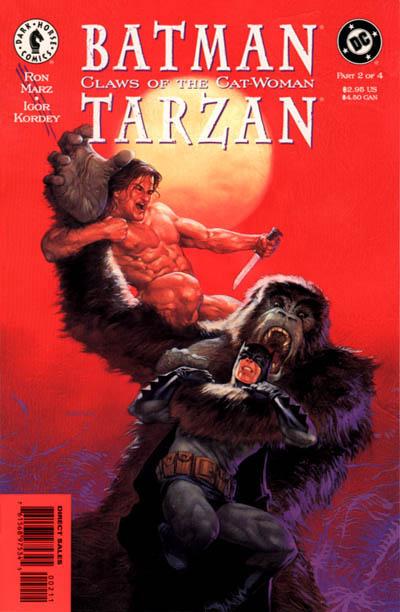 And one to set up for next month's theme: 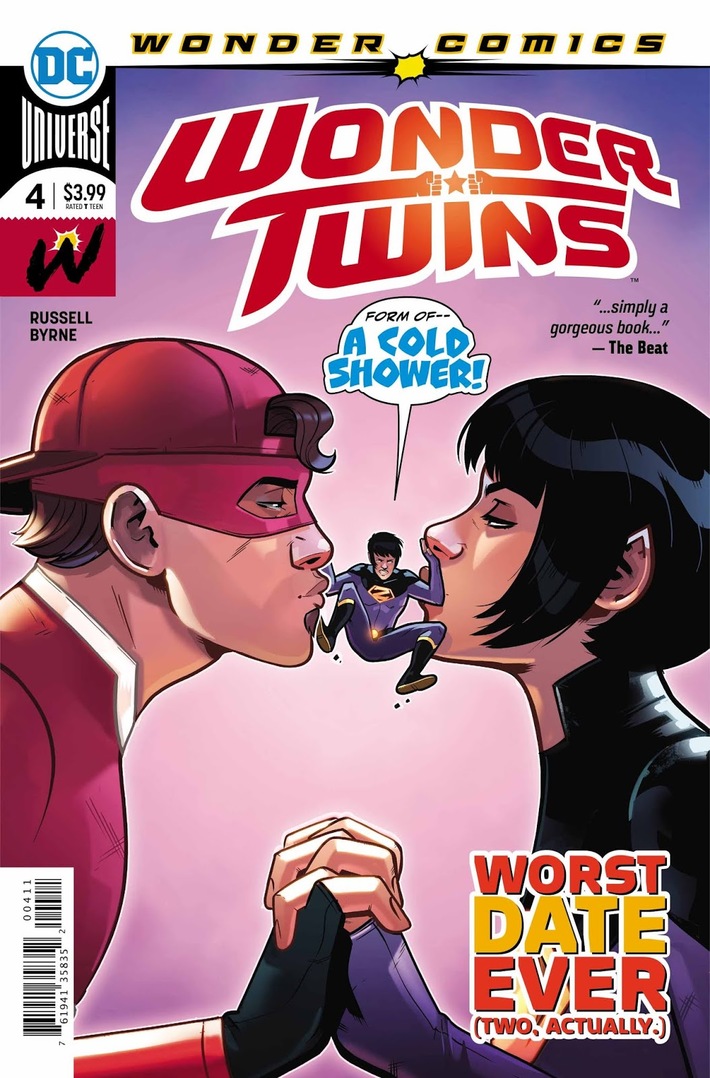 Time to begin transitioning a bit.  Duos who could be romantic couples.

Zip-Jet and his gal Friday, Pat 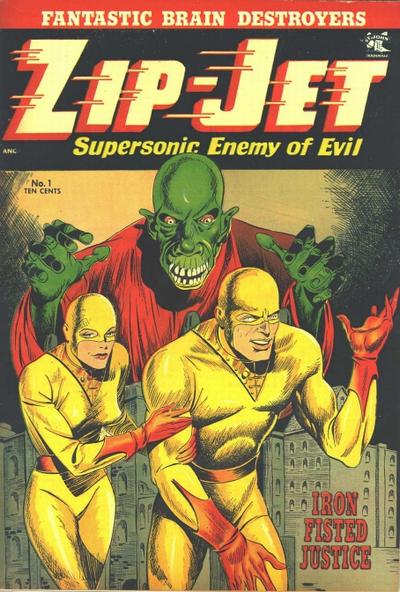 Captain Atom and Nightshade (and Punch and Jewelee) 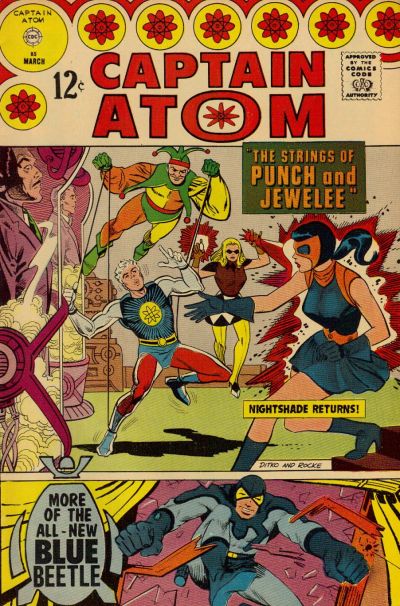 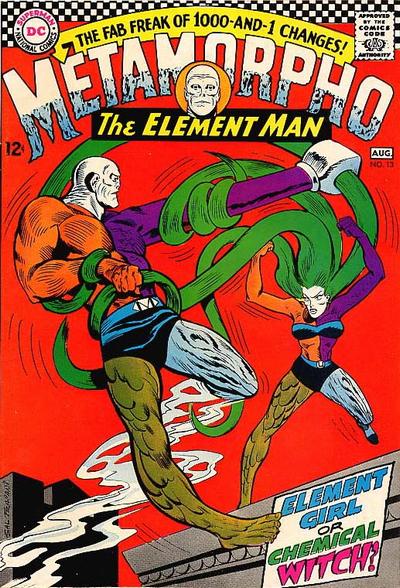 My final for the month: three classic Brave & Bold issues! 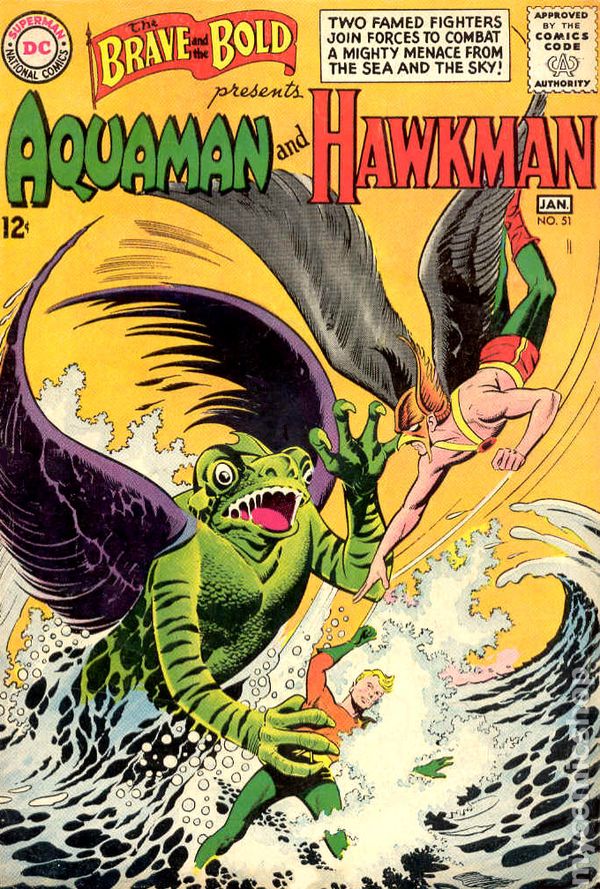 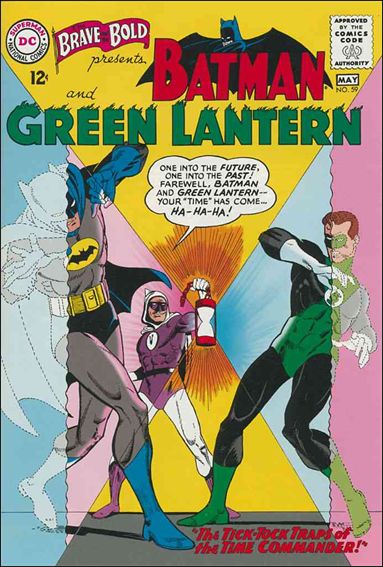 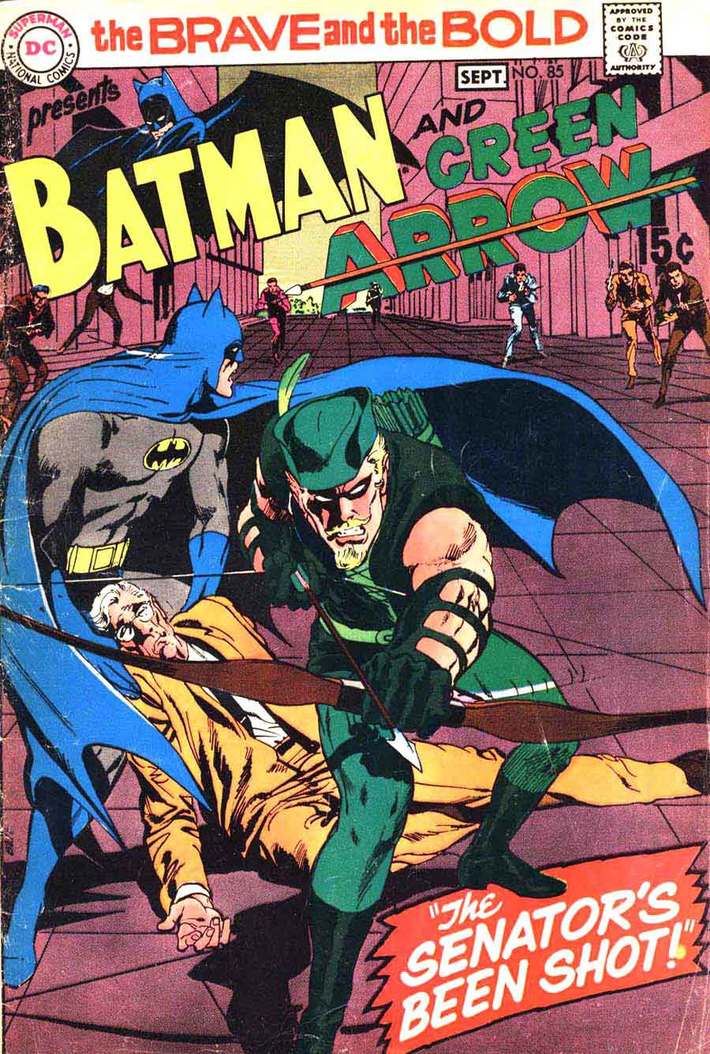 A final few from my selection of "dynamic duo" covers. 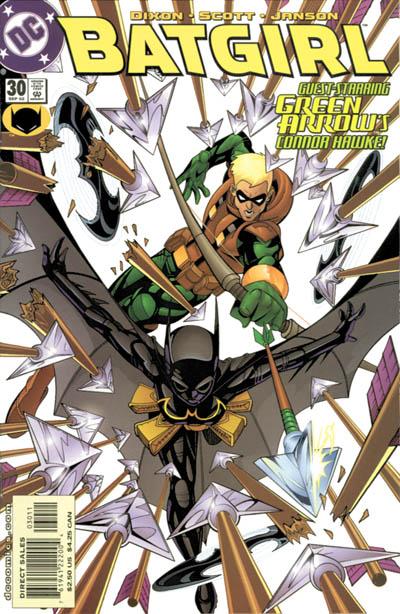 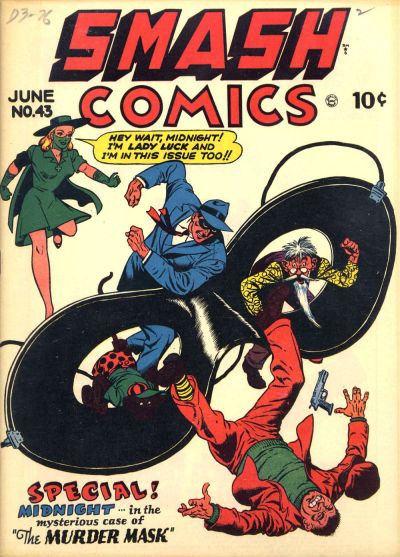 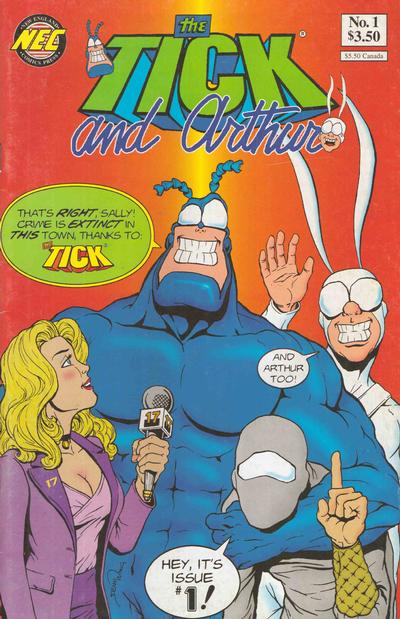 And, as various people have hinted, for next month:

February will be some form of "Romantic Scenes" theme.  It looks as though various contributors will add their own additional qualifications to the theme.  Steve is planning on attempting to post covers where the woman's name begins with the appropriate letter for the day of the month (A on the 1st, B on the 2nd, etc, with some fiddling to deal with difficult letters and extra days).  Lee wants to avoid "expected" romantic encounters (Lois and Superman okay in Action, less so in Lois Lane).  Richard advises that scenes should be explicitly romantic, at least those from non-romance titles (e.g. Green Arrow and Black Canary on a date, not fighting a crook).  Personally, I'm happy to go with both Lee's and Richard's qualifications, and I may try to follow Steve's idea, at least for as long as I can find ones involving right-letter names. 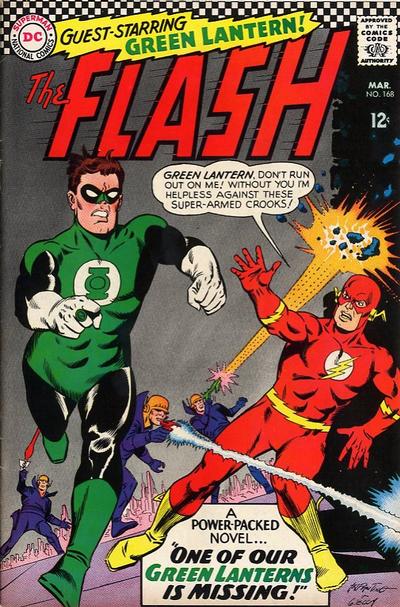 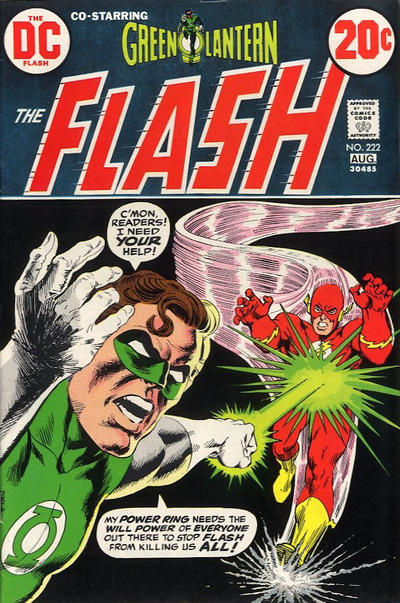 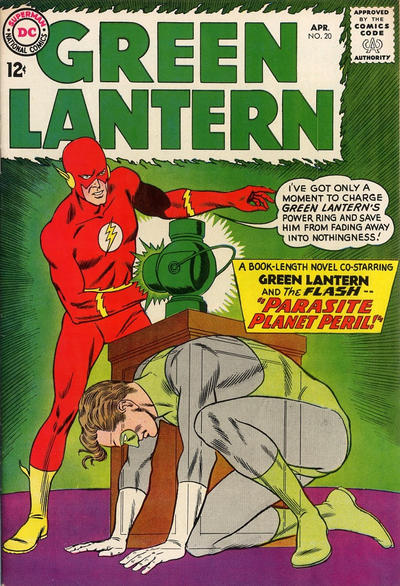 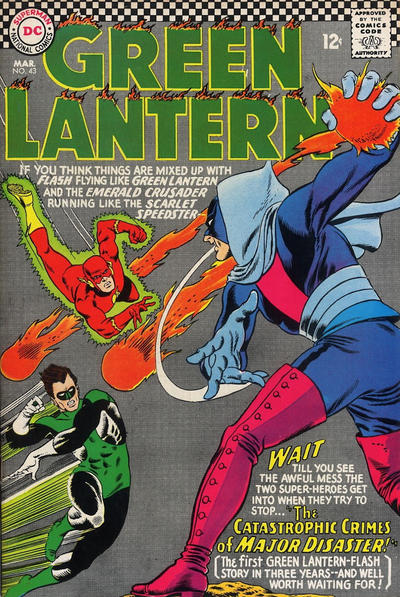 For February I will be spotlighting Romantic Duos while mixing that up with my original suggestion about romantic scenes in otherwise non-romantic books.

Meanwhile, to both close out January and transition to February, an interesting cover I recently found for both months.

If I understand the Grand Comics Database correctly, this was an alternate variant for Nightwing #79.

You kind of have Robin teaming up with Nightwing, which is difficult even in a comic book when they're both Dick Grayson, yet they're attempting to visit (court?) Batgirl.

But what really makes my day is the TV Bat-Climb homage, especially with someone (the "late" Alfred?) holding Robin's cape at the end so it looks like they're all allegedly scaling up the side of a building. 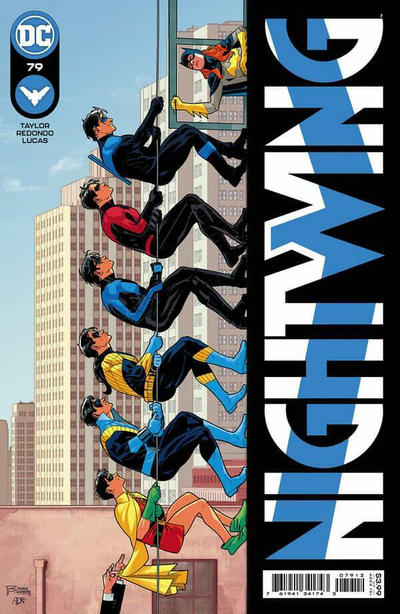 Welcome to the Year of the Tiger! 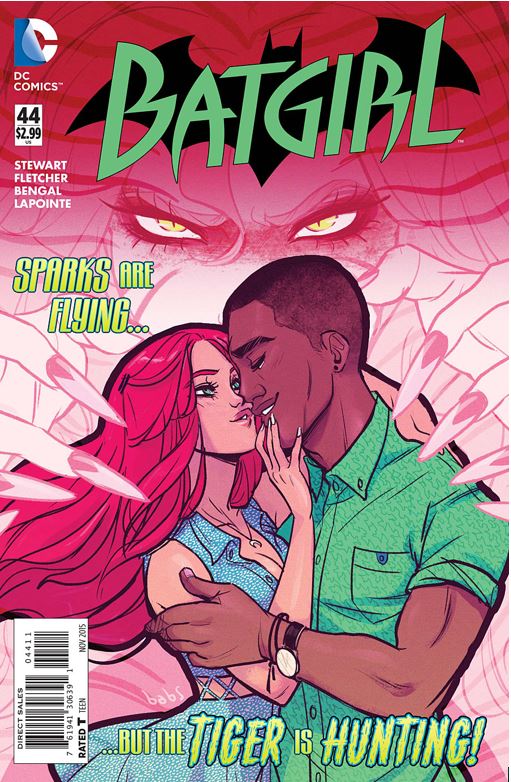 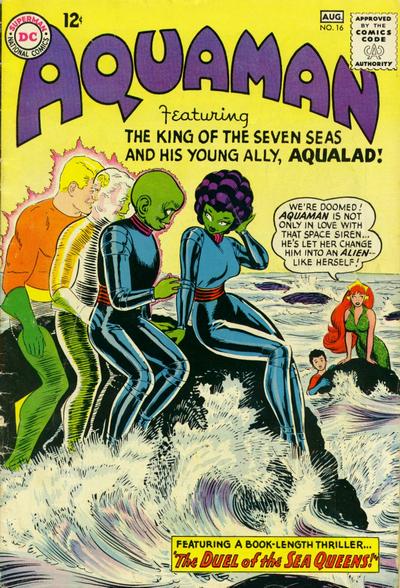 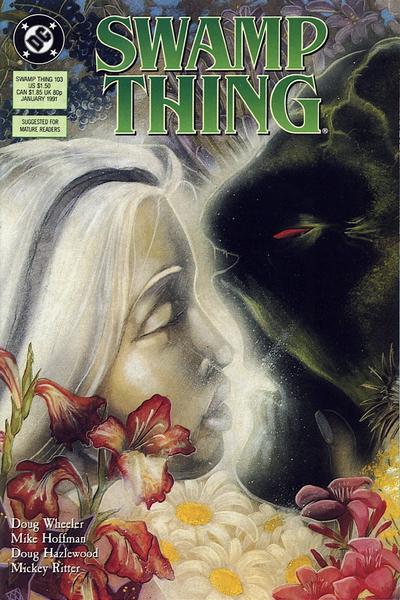 Richard Willis replied to The Baron's discussion Movies I Have Seen Lately
"I think I mentioned this when Annie Live was going to be on TV, but what disappointed me about the…"
8 minutes ago

Richard Willis replied to Jeff of Earth-J's discussion A Smithsonian Book of Comic-Book Comics
"So far, I've read the Captain Marvel intro you quote. The length of the story caused me to put…"
24 minutes ago

Richard Willis replied to Steve W's discussion A Cover a Day
"In the late 60s I got a Charlton comic that had the cover of a different title. Charlton also…"
47 minutes ago

The Baron replied to PowerBook Pete, the Mad Mod's discussion Anything, Everything, or Nothing At All
"This came up in my Facebook memories today, something made for me by the late, great Rich Lane:"
5 hours ago

Lee Houston, Junior replied to Steve W's discussion A Cover a Day
"Except for the pinkish Iron Man and Thor's pink highlights, the Avengers cover doesn't…"
7 hours ago

Philip Portelli replied to Steve W's discussion A Cover a Day
"There was one more Zatara appearance on an Action Comics cover, a full cast shot! "
8 hours ago

Richard Willis replied to Steve W's discussion A Cover a Day
"Philip Portelli said: Zatara and Zatanna!  Surprisingly none of the "Zatanna's…"
8 hours ago

Lee Houston, Junior replied to Steve W's discussion A Cover a Day
"Steve W, et al: A March 1971 cover date is correct but if Charlton adhered to the general practice…"
9 hours ago

Steve W replied to Steve W's discussion A Cover a Day
"Mmmm - first alternate cover? You could be right - I'm guessing your covers come from 1971. I…"
9 hours ago

Lee Houston, Junior replied to Steve W's discussion A Cover a Day
"I was originally going to ask this yesterday, but does anyone know what the first comic book with…"
9 hours ago