One final George Perez cover, and a bridge into "Parents" month, with Wally (Kid Flash) West's letter to "Dear Mom and Dad". 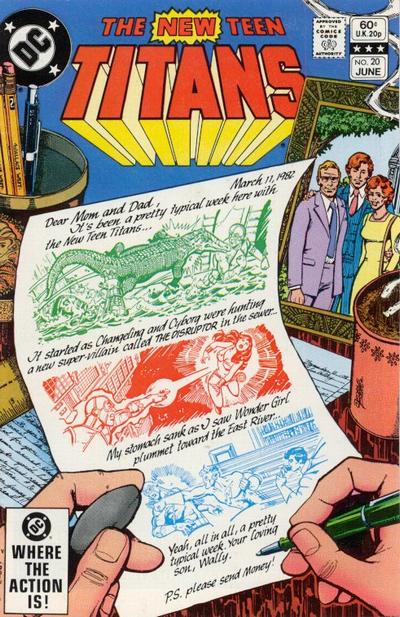 Not "covers" per se, but back in 1985, DC released a set of 16 postcards, each featuring a member of the Justice League of America (although the "Detroit League" had to share a card). [Click here to see the entire set.] they were also reprinted in one of the GP JLA editions.

One thing unusual about this set was that the "Batman" card was only available in person at cons. One time CBG columnist Tony Isabella ran a "contest" in which the "prize" was a package of clutter from his desk. I entered and among the junk I received was the George Perez Batman JLA postcard.

Here is a favorite cover partly because I always get a chuckle out of it.  In this story, I forget the particulars, Ant-Man attacks the Avengers.  At the time I thought it was odd that Ant-Man was attacking with spiders (eight legs) instead of ants (six legs).  Just think, George had to draw all of those extra legs (and Pablo Marcos had to ink all of them). 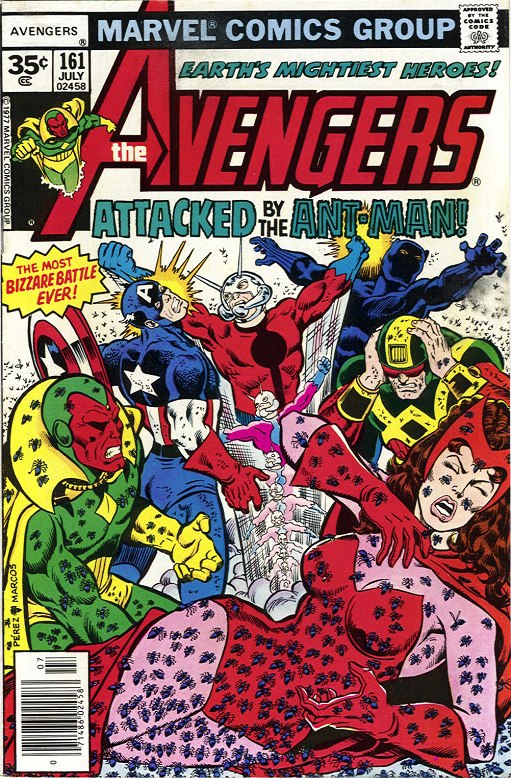 I found the following quote by George.  It was in The Marvel Art of George Perez by Jess Harold.

”Avengers #161 was a fan-favorite that showed Ant-Man attacking the Avengers, Scarlet Witch in the foreground with all these ants crawling over her body.  But, as I wasn’t really an entomologist or anything, I drew all these ants with eight legs instead of six.  Mut-ants!  But only a couple of fans spotted that.”

Since Hank Pam often gave his ants names, maybe we can consider each ant a character in its own right, so this cover could be in the running for most characters on a cover.

Love this very crowded cover by George but again poor Mister Terrific's not on it!

It also goes with "Parents" because it reprints when Batman consoling his "daughter" the Huntress over the death of her real father, the Earth-Two Batman!

Plus Orion and Darkseid! And Highfather and Mister Miracle! 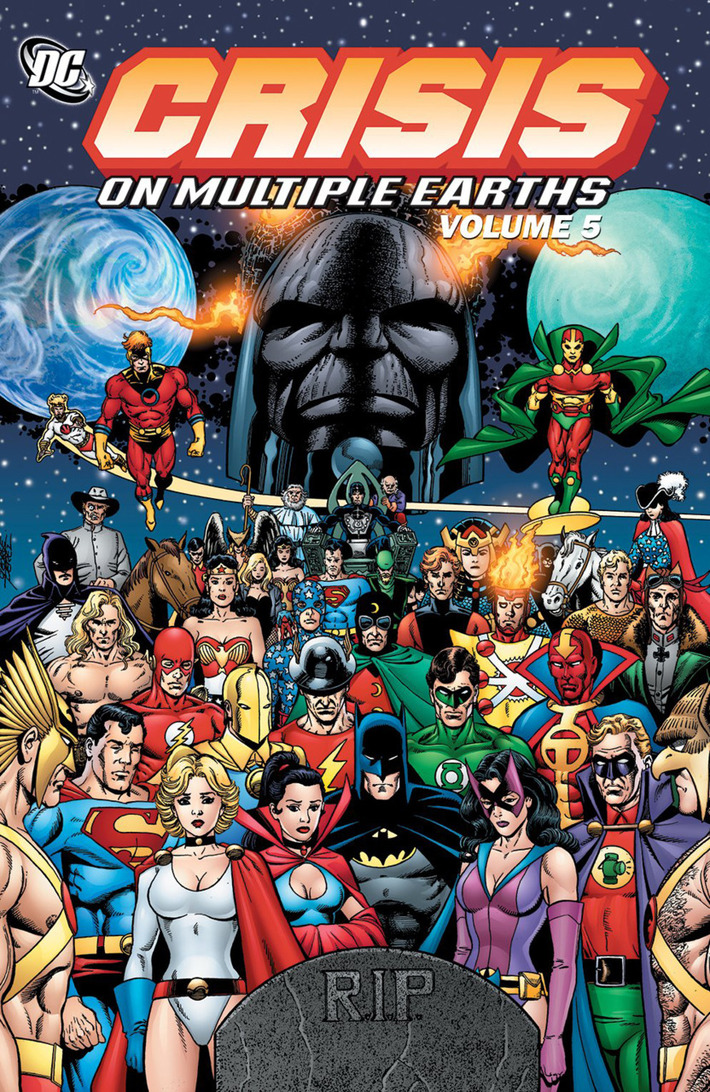 The last day of our George Perez tribute and a couple more of my personal favorites that no one hasn't posted yet, courtesy of the Grand Comics Database, beginning with the cover to Logan's Run 4, the penultimate issue of the movie adaptation that Perez illustrated.

In the movie there was a lot of reflections between the robot's chromic body and the ice that couldn't be shown with the print technology of the day. I can't help wondering how Perez would have rendered the scene now in these more modern times. 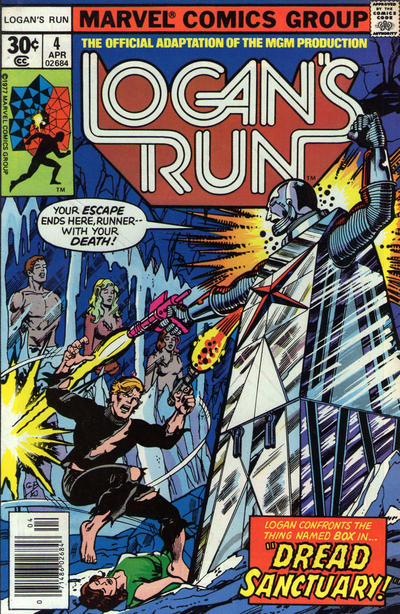 Next, you certainly wouldn't want to be on the wrong side against these guys. 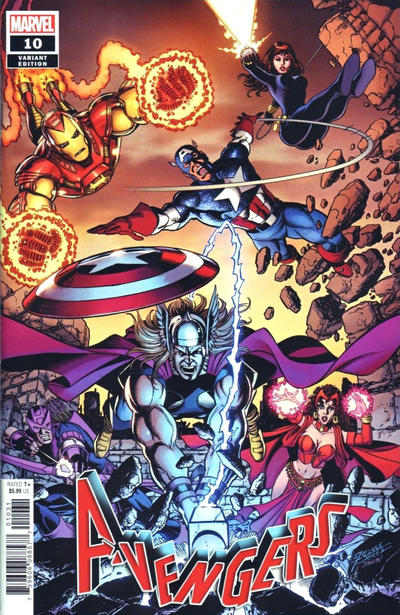 And finally, no matter what the genre or how "simple" the image may appear, George Perez was a true master of his craft. 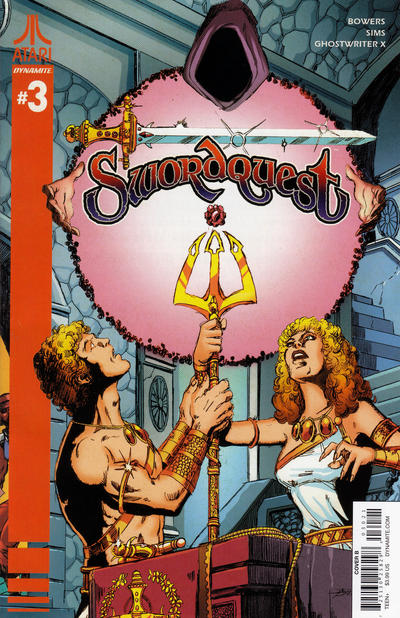 If I may, one last post to close out our tribute month to George Perez.

Since my only source of comic books nowadays is electronic, I found the following artist jam (credits at bottom of image) in recent DC issues I'm reading online.

Have no idea if Marvel has done a similar piece in their titles, but they should.

Adios George, and thanks for all the great art. Starting off with Superboy conflicted by two sets of parents 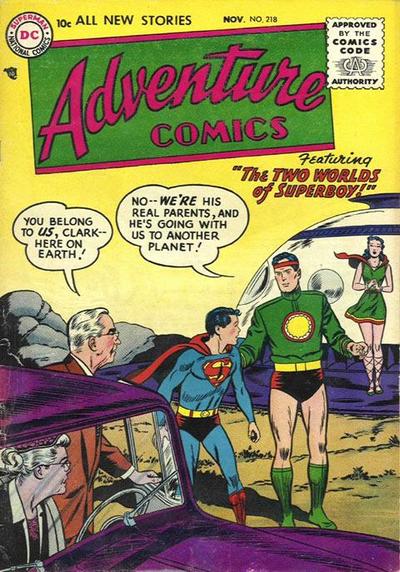 The first reference to Kal-El's parents on a cover that I can find is Action #149, from October 1950. If anyone can find anything earlier, please post it!   Nice to be back. The Human Lizard's mom and dad (at right and below) often figure in his stories: 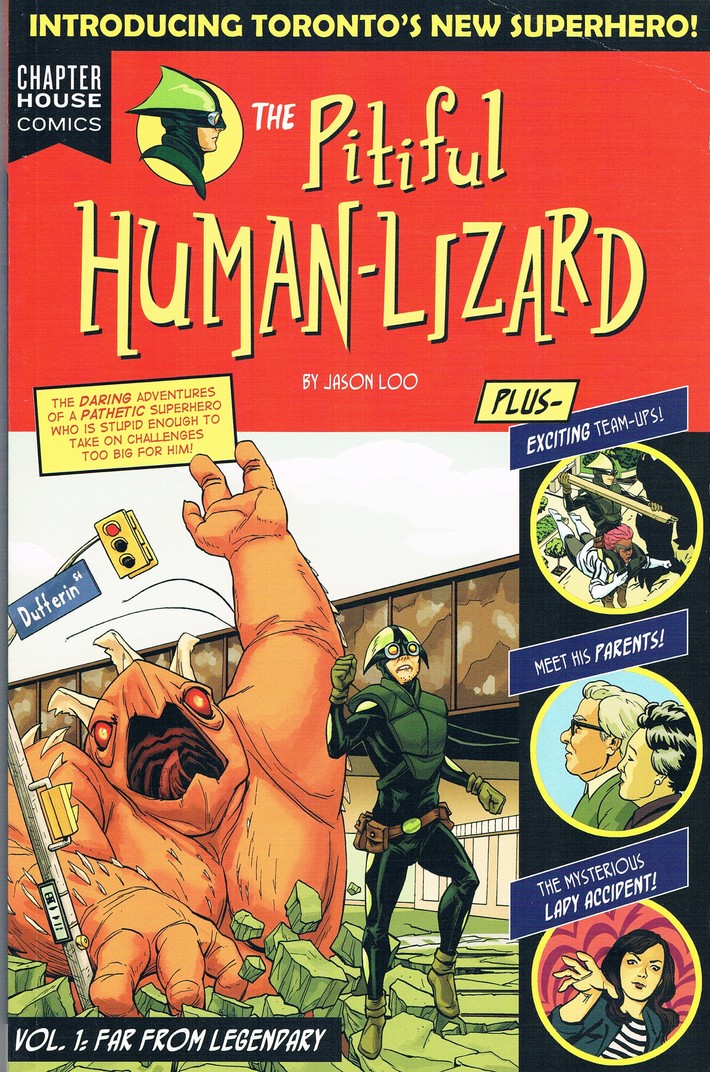 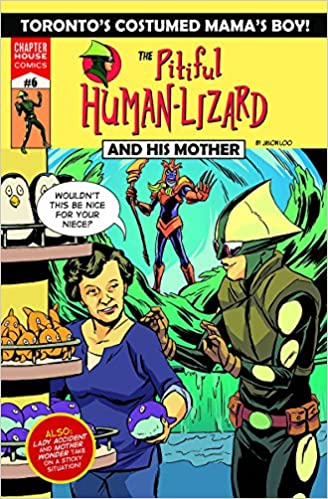 Neither of his parents appear on this final cover but, hey, it's also Canada Day! Little Audrey and her mother 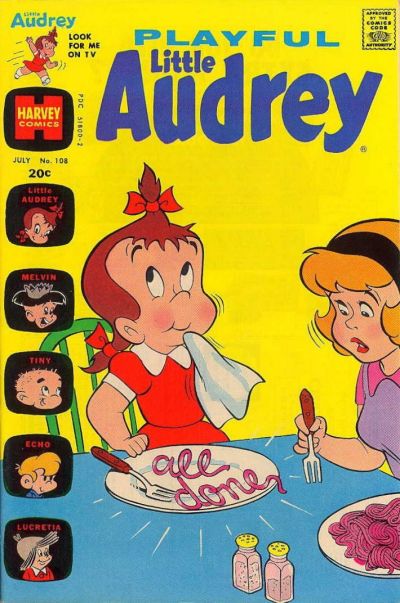 The Baron replied to The Baron's discussion The List of 941 Super-Heroines
"Added: Avalon Beelzebella The Black Cat (Kim Stone) Connie…"
46 seconds ago

The Baron replied to The Baron's discussion The List of 916 Super-Heroines
"More good suggestions.  Ms. Mystic was the only one that was already on the list."
58 minutes ago

Jeff of Earth-J replied to Jeff of Earth-J's discussion She-Hulk
"Thanks, Luke. I was hoping you would respond. I saw your first post to this thread (now deleted) in…"
1 hour ago

Dave Palmer replied to Steve W's discussion A Cover a Day
"Without meaning to sound snarky I guess it boils down to what you mean by “made it.”…"
1 hour ago

The Baron replied to The Baron's discussion The List of 916 Super-Heroines
"Good suggestion."
1 hour ago

The Baron replied to The Baron's discussion The List of 916 Super-Heroines
"Good suggestions.  I always thought of Lady Shiva as more of a villain, though."
1 hour ago

The Baron replied to The Baron's discussion The List of 916 Super-Heroines
"I feel as though Marga is borderline, but in the end, I'll add her. I'll add Mera,…"
1 hour ago

The Baron replied to The Baron's discussion The List of 916 Super-Heroines
"I thought about adding Selina, but I suppose I've always thought of her as a thief who's…"
1 hour ago

The Baron replied to The Baron's discussion The List of 916 Super-Heroines
"Good suggestions, LB!"
1 hour ago

The Baron replied to The Baron's discussion The List of 916 Super-Heroines
"Added: Justice (Linda Danvers) "Act of God" Supergirl "Earth-D" Supergirl…"
1 hour ago