24th August and we haven't yet mentioned Judge Dredd! (At least I don't think we have - correct me if I'm wrong). For the uninitiated:-

Judge Dredd is a fictional character who appears in British comic books published by Rebellion Developments, as well as in a number of movie and video game adaptations. He was created by writer John Wagner and artist Carlos Ezquerra, and first appeared in the second issue of 2000 AD (1977), a weekly science-fiction anthology comic. He is the magazine's longest-running character.

Joseph Dredd is a law enforcement and judicial officer in the dystopian future city of Mega-City One, which covers most of the east coast of North America. He is a "street judge", empowered to summarily arrest, convict, sentence, and execute criminals.

In Great Britain, the character of Dredd and his name are sometimes invoked in discussions of police states, authoritarianism, and the rule of law.(From Wikipedia) 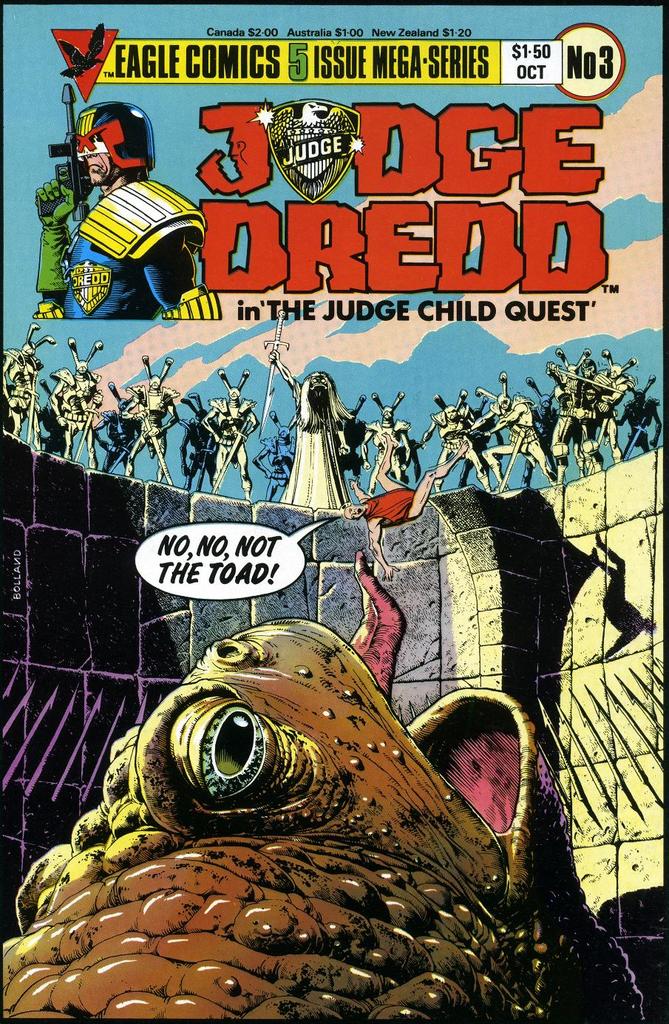 "He is the Law and you'd better believe it!" 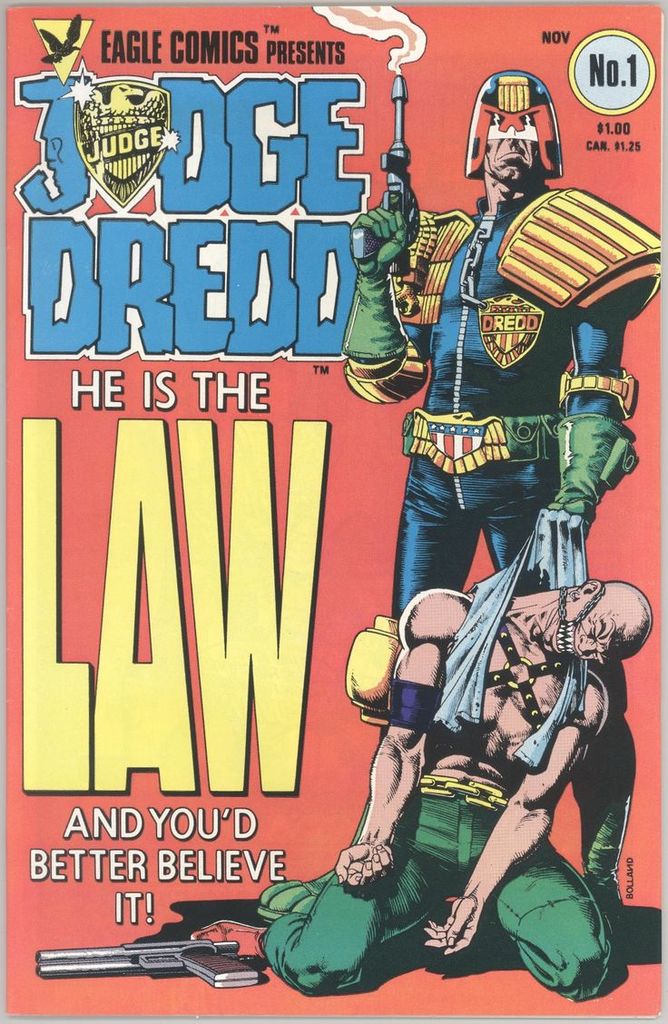 Another, lesser known, Judge.  From the title copy it looks like he and Judge Dredd might have seen eye to eye on a few things.  (I've read it, but I can't remember it at all.) 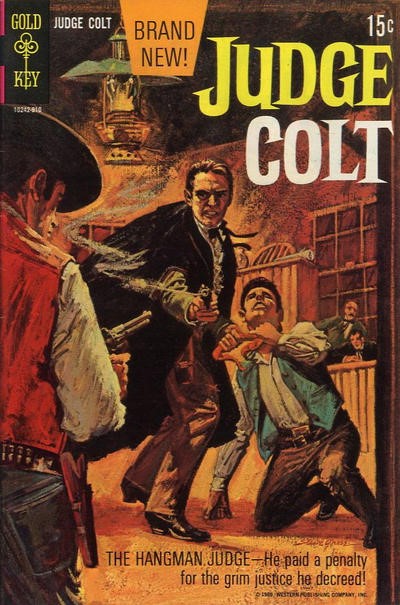 Thor #371 (S'86) introduced Justice Peace, a hard-nose time-cop from the future who was obviously inspired by Judge Dredd. 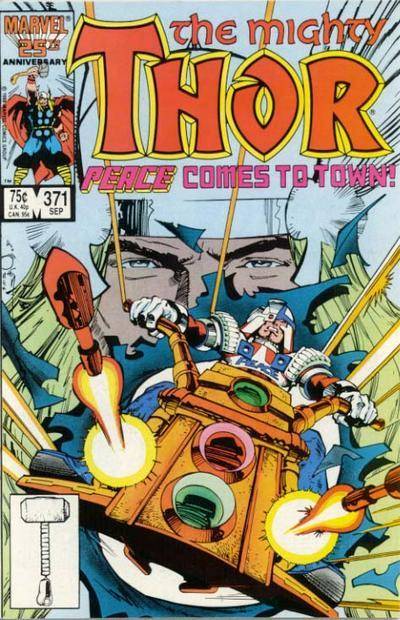 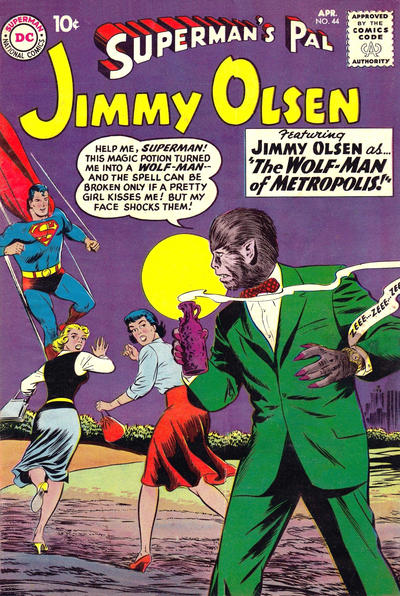 Sheesh, I hate when that happens. 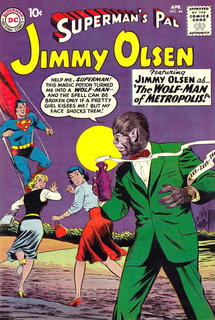 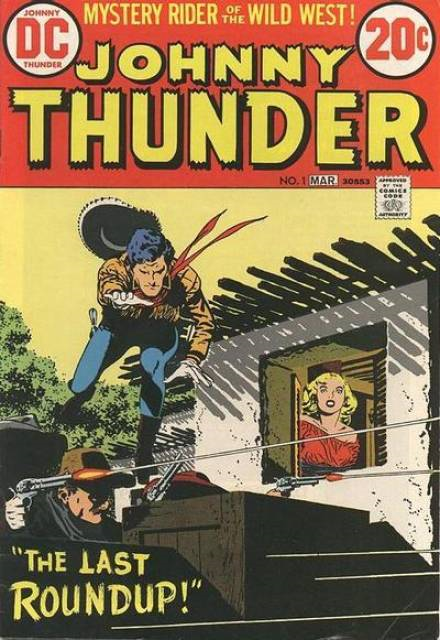 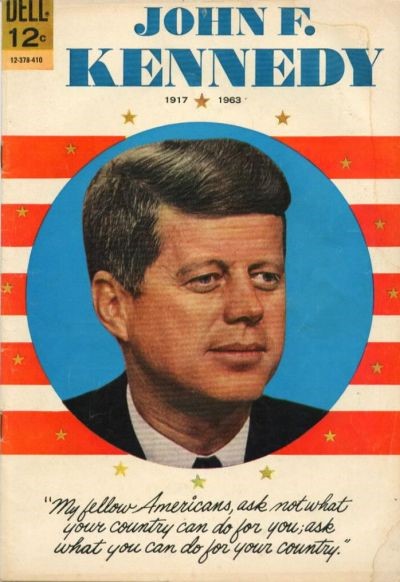 Jimmy Olsen #135, Jan 1971.  Cover art by Neal Adams, and interior art and story by Jack Kirby. I love the thought of these two artists sitting together and planning this issue. Kirby, at 54, much the senior of the two, and Adams, aged only 29, probably letting Kirby lead the way as they thrashed out the details of the cover picture. 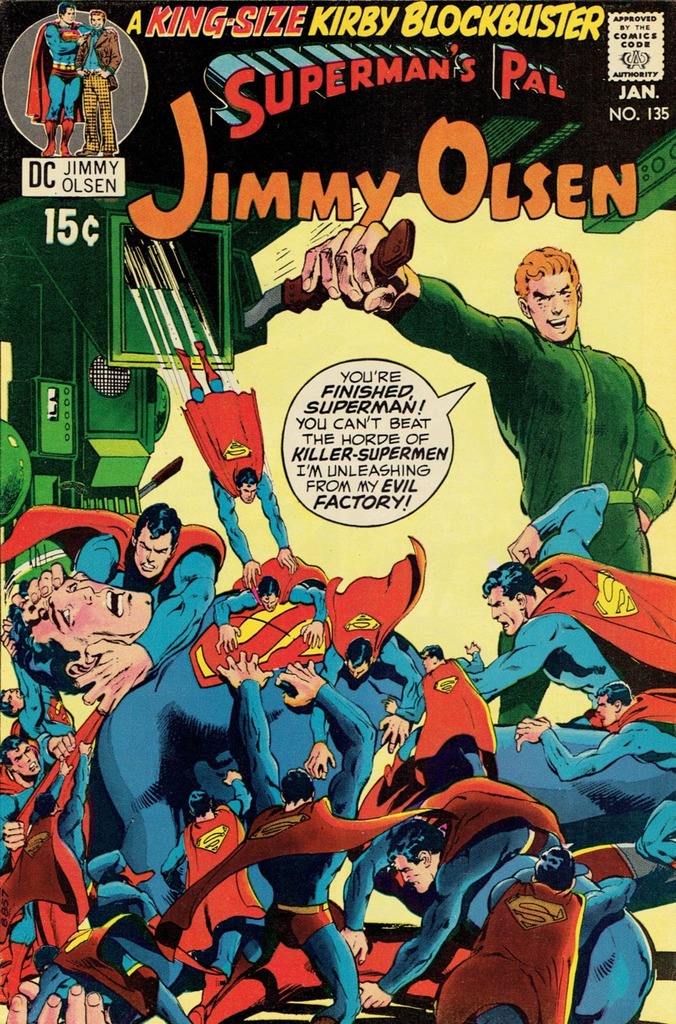