The second appearance of Bat Lash this month: I recall this cover because it was the only Bat Lash comic I ever saw as a kid. The tropes are strong with this one: 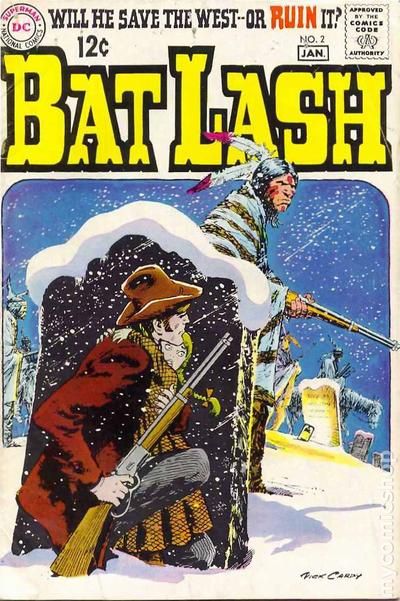 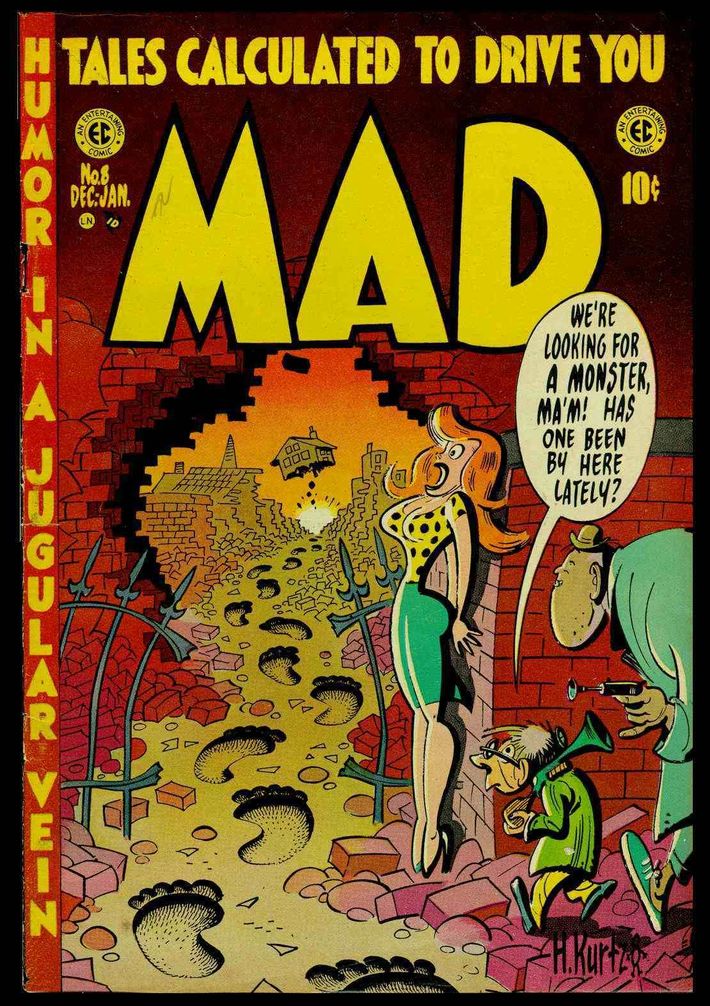 "The second appearance of Bat Lash this month..."

Speaking of which, that tagline ("Will he save the West--or ruin it?") has been stuck in my head since the first. I'm thinking of another tagline (Will he save [something*]--or destroy it?"], but I don't know if it's to a comic book or movie or what. I thought of Star Wars #1, but I'm not sure that's it.

What am I thinking of? Some "questionable" Legion of Super-Heroes covers from the early 80s! 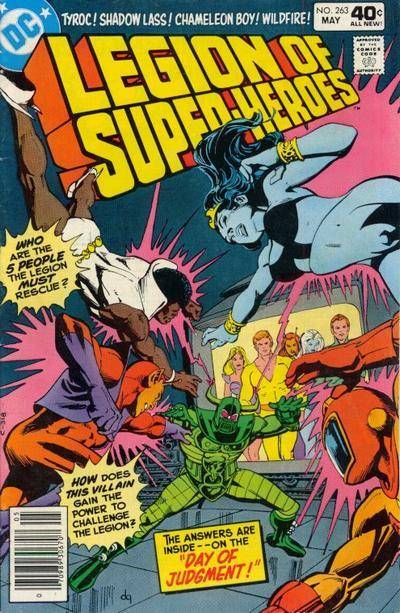 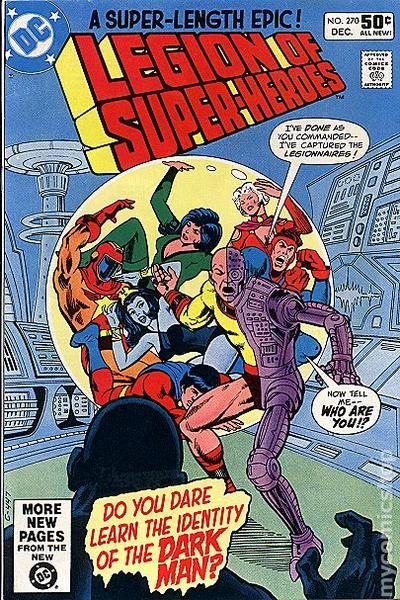 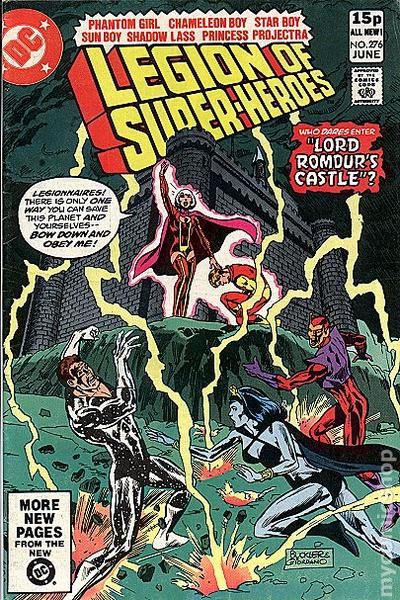 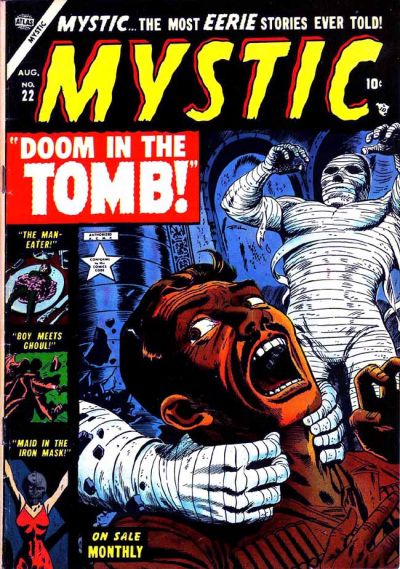 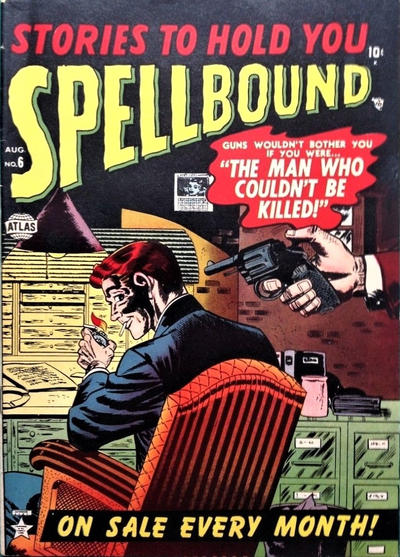 When I first saw the thumbnail image of this cover, the foreground character (presumably The Visitor) appeared to be wearing a yellow question mark symbol.  However the larger version of the image, as shown below, revealed that I'd misread the picture.  Luckily, the cover is still eligible thanks to the big questions it poses:

Who Is The Visitor?

Why Must He Die?

Let's just ignore the unfortunate (one might even call it "questionable") appearance of the blue area inside his not-a-question-mark symbol, okay? 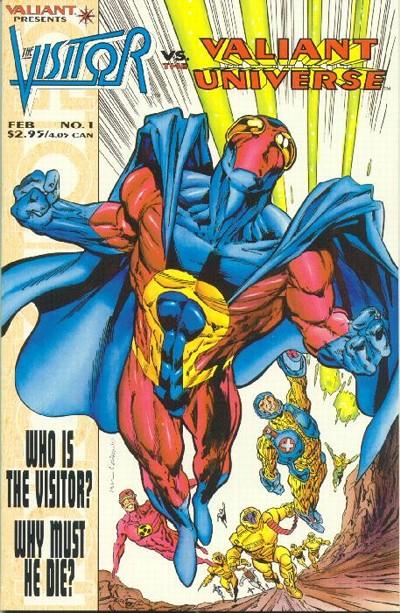 And talking of "questionable", here we see Green Arrow involved with "A Questionable War". 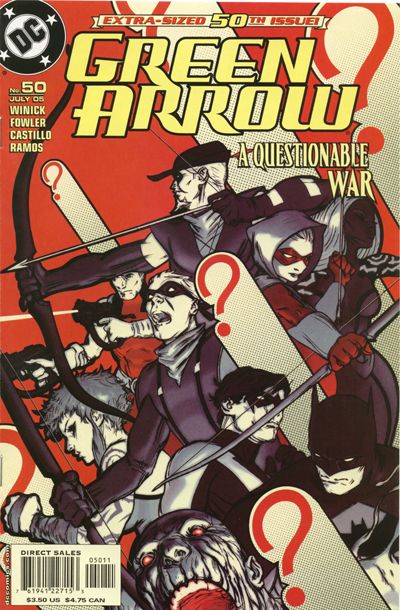 "Let's just ignore the unfortunate (questionable?) appearance of the blue area inside his not-a-question-mark symbol, okay?"

Yeah, that Visitor cover is right up (down?) there with the Dell comics Western cover that shows a photo of Chuck Connors and a kid holding a log in an unfortunate position, or the DC cover of Supergirl throwing a mangled cannon.

I'm not terribly enthused by the idea of a month of purple covers.  However, I think Jeff's unflagging devotion to the idea of hero/villain lineups should be rewarded.  Some people have worried that there might not be enough covers to last the month.  As a way of dealing with that problem, I suggest that we might make the theme simply "Lineups".  This would include teams lined up against each other as per the Julius Schwartz cover theme, but also characters lined up to race, or as a firing squad, or to join a team, or facing trial, or...

Forgive me for going on about this, but I'd rather not have the matter still undecided when the relevant month rolls round.

A the person who suggested Road Trips, Highways and Travel works for me.

There will be no violations of the penal code while the Visitor is on the job!