What the heck? He must have stopped going through Diamond, otherwise I would have seen them solicited in the Previews catalogue. (I was afraid of that.) Thanks for the heads up, guys.

"Complete Funky Winkerbean collections (Volume 12 of which has recently dropped…)"

Not sure what he means by "dropped," but I have seen only volumes 1-4 in hardcover (plus the "Lisa's Story" slip-cased set.

I bought volumes 1 and 2. This was the gag-a-day period, which doesn’t appeal to me. I sold those and began collecting with volume 5. I have 5 through 12. Volume 12 shipped last month.

"The two strips have always existed in a shared universe..."

Funky and Crankshaft have been crossing over all week.

A while back, Funky had a time jump. Crankshaft was left behind in time. This week’s strips appear to be ignoring this. The older Funky characters are showing up with the earlier Crankshaft characters.

I've been getting them on Amazon all along.

What the heck? He must have stopped going through Diamond, otherwise I would have seen them solicited in the Previews catalogue. (I was afraid of that.) Thanks for the heads up, guys. 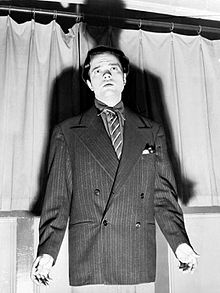 Permalink Reply by Richard Willis on January 11, 2023 at 2:56am
I just discovered that two strips I follow, Crankshaft and Mother Goose and Grimm, have suddenly switched from the King Features site to the GoComics site.

Luis Olavo de Moura Dantas replied to Jeff of Earth-J's discussion The Pre-Defenders
"The second story of Marvel Feature #1 is frequently glossed over, but worth mentioning.  It…"
59 minutes ago

Jeff of Earth-J replied to Jeff of Earth-J's discussion T.H.U.N.D.E.R. Agents
"ISSUE #6: FADE IN. Toby/James awakens in a THUNDER hospital facility, Colleen at his side. "In…"
1 hour ago

Jeff of Earth-J replied to Jeff of Earth-J's discussion T.H.U.N.D.E.R. Agents
""What I like about this series is that it definitely takes place decades down the same…"
2 hours ago

Doctor Hmmm? replied to PowerBook Pete, the Mad Mod's discussion Anything, Everything, or Nothing At All
"If you happen live near an Ollie's Bargain Outlet ... my local Ollie's just received a…"
2 hours ago

Peter Wrexham replied to Steve W's discussion A Cover a Day
"A Captain America trial cover that I think has not appeared yet... No-one has objected. …"
4 hours ago