Remember how every episode of Hill Street Blues began with the morning roll call?

Remember the moment Cop Rock took it one step further?

Hill Street Blues: "'Let's Be Careful Out There' Supercut"

Cop Rock: "Let's Be Careful Out There"

Before the sun sets on this auspicious and, this year, under-celebrated day: 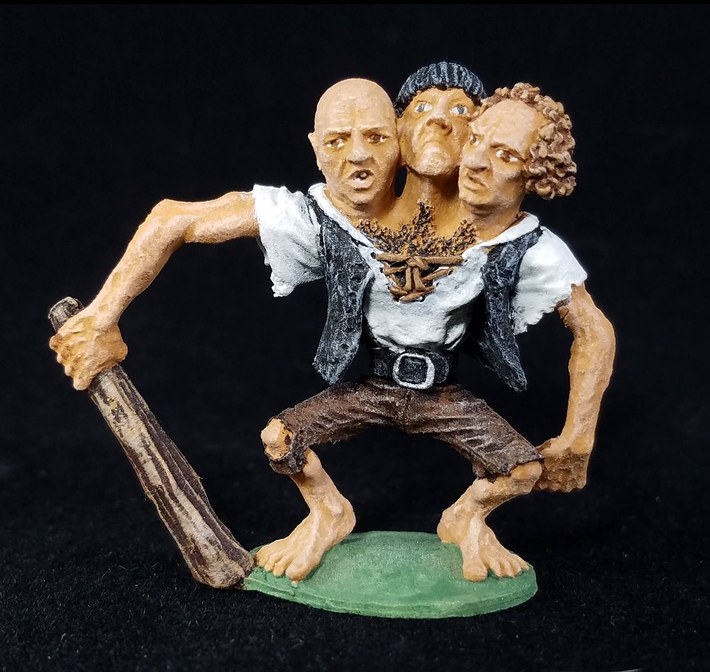 My wife was robbed yesterday.
while working at the office, the front door locked because they're not seeing clients face-to-face, and with her boss and another co-worker there, a sneak theif entered through the rear, went to the storeroom and took her backpack. She didn't discover the thrft until she was ready to go home for the day. She found it in the hall outside her office leading to the back of the building. Most if it was intact, but they got her wallet, credit cards, social security number, driver's license, home address, car key, office key and building key card. They didn't get our house key or debit card which were in another compartment.

Two of her cards were used later that afternoon in a nearby city, a bit farther north of her office than we are south. The thief, a man, charged $400 on one card at Target, came back in and charged $600 on another card, the came in a third time, used the first card again and it was denied.

She works on the first floor of her office building, and the security guard station in the lobby faces right down the hallway which leads to her office's rear door. the restrooms and mail boxes are also down that hall, but there is nothing beyond the rear door to her office. I find it curious that the security guard, usually there all day, left yesterday around 10:00A.

We don't know exactly when the theft occurred, but we suspect the thief was watching the office. At one point after lunch, Tracy left to visit the restroom which is in the hallway. Her co-worker heard the door and thought it was her returning, but when he walked to the front office she was not there. The police obtained a good picture of the perp from Target surveilance footage. He was driving a Ford Fusion, but unfortunately the license plate was unreadable.

Sorry to hear this. You need to visit all three credit bureaus and put a lock on your accounts. If you need to make a purchase, etc, requiring a credit check you can temporarily unlock for that purpose. A little late to say this, but carrying your social security card or number is generally unnecessary and opens you up to identity theft.

The only reason she was carrying it in the first place was because she needed it for new "SmartID" (or whatever it's called) verification. She's pretty much notified everyone we need to at this point. One piece of (relatively) good news is that she found her car keys; the theif discarded them in the mailroom on his way out the door. Good thing, too, because Toyota wanted $1600.00 to re-key her vehicle. Insureance would have covered most of it, but we still would have had to meet our deductible.

Sorry, to hear about Tracy, Jeff. I've been there, and its terrible. Glad to hear she at least got her car keys back. Hopefully she has the house keys too, or they weren't with them, I'd hate to think you would have to change the locks to your house.

My wife got her renewed license with "Real ID" before the virus lockdown. I have a DMV appointment to do the same in May, which may or may not happen. Right now the California DMVs are closed. I understand they are extending driver's license expirations because of the crisis. The Feds have extended the deadline to have Real ID to fly from this October to October 2021.

Sorry to hear that, Jeff and Tracy. I've been through that a few years ago, and it's irritating.

I went a new gym that was much closer to home than the one I had a membership with. By "new," I mean it was opening week. When I was done exercising, I couldn't find my clothes, and neither could a couple of the other guys in the locker room. The management called the police, who asked each of us for an inventory of what was missing. I had to call my wife to pick me up.

I canceled all my cards and ordered a new drivers' license online. In my state, they offer a printout of a temporary license that's valid until you get the replacement card. I also ordered the new card sent by overnight delivery ... and not 15 minutes after I punched the button, I got a knock on the door. It was a county firefighter who found my license!

Not only that, I got a call from the gym a day later; they found my clothes, which had been moved to somewhere in the building. When they gave them to me, I found everything but my wallet still in the pockets: my phone, my house keys, my car keys, my pens and pencils*, even my loose change. (I don't carry my Social Security card.) All he took was the wallet.

Needless to say, I've never been back to that gym.

* I'm a writer and editor. I always carry at least two pens and two pencils.

Years ago, the building where my dentist's office is put a receptionist in the lobby just beyond the entrance, because they had a thief come in and wander around to offices and take what he could. It initially was informal, but they now sometimes have a uniformed guard who asks everyone for ID and write in a ledger their name, time of arrival and which suite they're going to.

“Hopefully she has the house keys too…”

Yes, our house keys and debit card were in a compartment of her backpack the thief missed.

“My wife got her renewed license with "Real ID" before the virus lockdown.

“I understand they are extending driver's license expirations because of the crisis.”

60-day extensions here. DMV’s doors are locked and they won’t open them to anyone who has been granted an extension. (Technically, mine expires tomorrow.)

On Wednesday evening, Tracy tries calling Shell to report our card being stolen ad she waited on hold for over an hour. The whole time the record kept telling her she was next in line. The line is supposed to be staffed 24 hours a day, but it sounded to me as if the switchboard was closed and she was the only call on queue, so I told her to hang up. She tried calling back yesterday morning and waiting on hold for another hour before someone answered. She explained the situation, but by that time the thief had already changed $60.

They asked her if she was the primary card holder, and when she said no they told she they couldn’t suspend the card unless I called them back. She just lost it. She told them in no uncertain terms that they would cancel the card and they would send us replacements, or the next call, from me, would be to cancel the card entirely. (Plus the guy repeatedly referred to the card as “lost” and she repeatedly corrected “stolen.”) They agreed to her terms.

Note to self: Do not cross Tracy.

I imagine Jeff has a tattoo to that effect.