That's news to me. I guess I assumed they had team stories in WF since it began.

So Superman #76 was likely a try-out for their team stories that started later. GCD confirms that they were in the same story and states that this is when they learned each other's secret identities.

"For the greatest double-feature in comics history".

"For the greatest double-feature in comics history".

I see what you did there.

I wish I could claim to be that witty, but it was by accident.

Reportedly, the Superman and Batman features were combined because of a page-length reduction. The  back-up features that survived the transition were "Tomahawk" and "Green Arrow".

The George Papp Green Arrow stories of the era can be quite entertaining. GA had appeared in the title since #7, at a point where he was cover-featured on More Fun Comics and also appearing as a member of the Seven Soldiers of Victory in Leading Comics.

"Tomahawk" joined the line-up in #65. At that point he had his own title, but no anthology slot, as Star-Spangled Comics had been replaced a year earlier by Star-Spangled War Stories.

In the period immediately before World's Finest Comics #71 the rest of the line-up was irregular. Perhaps they were using up inventory. The Wyoming Kid from Western Comics appeared from #42-#64, and "Tom Sparks, Boy Inventory" from #49-#58. Zatara, who had been in the title from the beginning, ended his run in #51, some months after he was dropped from Action Comics.

Batman and Robin had previously guested several times on the Superman radio show.

The Superman #76 cover story was included in Superman from the 30's to the 70's.

The contents of the entire issue was reprinted in one of DC's "Millennium Editions" which were released throughout the year 2000. Here is what what Robert Greenberger had to say about it then:

"Superman and Batman were the twin stars of DC Comics' phenominal success in the 1940s. As such, they were seen together monthly on the covers of World's Fnest Comics, although they starred in separate tales inside.

"Their first official meeting occurred in 1945 of the superman radio show, where the Caped Crusader and Boy Wonder grew so popular that they became regular supporting characters. In the comics, they were seen occasionally in the company of the Justice Society of America in All-Star Comics. and that was about it.

"That is, intil 1952, when it was decided that the time had come for the two heroes to be formally introduced to each other in the commics themselves. the story, written by science-fiction pro Edmond Hamilton, was a pretty typical caper for both heroes. the plot decive involved stolen gems but also introduced the elements that figured intoo years of future team-ups.

"First, the story takes place on neutral territory: an ocean liner. Circumstances throw the heroes together, and of course one of the supporting cast members is in trouble--this time, Lois Lane. Later, it would be Jimmy Olsen or Robin or even Vicki Vale. Only by helping one another could they successfully conclude the mission--in this instance, Batman helps Superman protect his identity from Lois. This is also the first of many times one hero impersonates the other. The use of robin as the punchline to the story is unique.

"The story was a success, but not an overwhelming one. It would be two years before Batman and Superman teamed up again, this time in the pages of World's Finest #71; this time, the duo wouldhave a more lasting  presence, as World's Finest presented Superman and Batman stories almost continuously into the 1980s.

"The art assignment for 'The Mightiest Team in the World' fell to Curt swan, marking only his second story featuring Superman. Still establishing himself at DC Comics, Swan was not especially know as either a Superman or Batman artist. swan pulled off the combination of the two with typical finesse. and by the 1970s, a generation of comics fans would consider Swan to be the definitive Superman artist."

Greenberger goes on to describe the contents of the rest of the issue.

The death of Prince Philip resonates with me because my aunt always told me that I was named after him though my mother denies it. My mother does however have a tale to tell: when she was a girl still living in Malta, the future Prince was stationed there in the late 40s and my mother (and the entire island) turned up when the then-Princess Elizabeth and Princess Margaret arrived to visit him, to see "their princesses" was how she put it.

Despite a growing discontent and disconnect with the British monarchy, I saw many young mourners among those paying their respects.

DC Indexes lists Swan as having drawn three "Superman" stories and one "Batman" before Superman #76. When the team-ups started in World's Finest Comics he was the initial artist. I suppose that means he was used on Superman #76 because he'd been picked as the artist if a feature followed.

He was already regularly drawing "Superboy" stories. Superman's Pal, Jimmy Olsen started immediately after the World's Finest team-ups. According to Wikipedia, he considered his assignment to Jimmy Olsen his breakthrough. He became the penciller of the "Superman" newspaper strip in 1956. 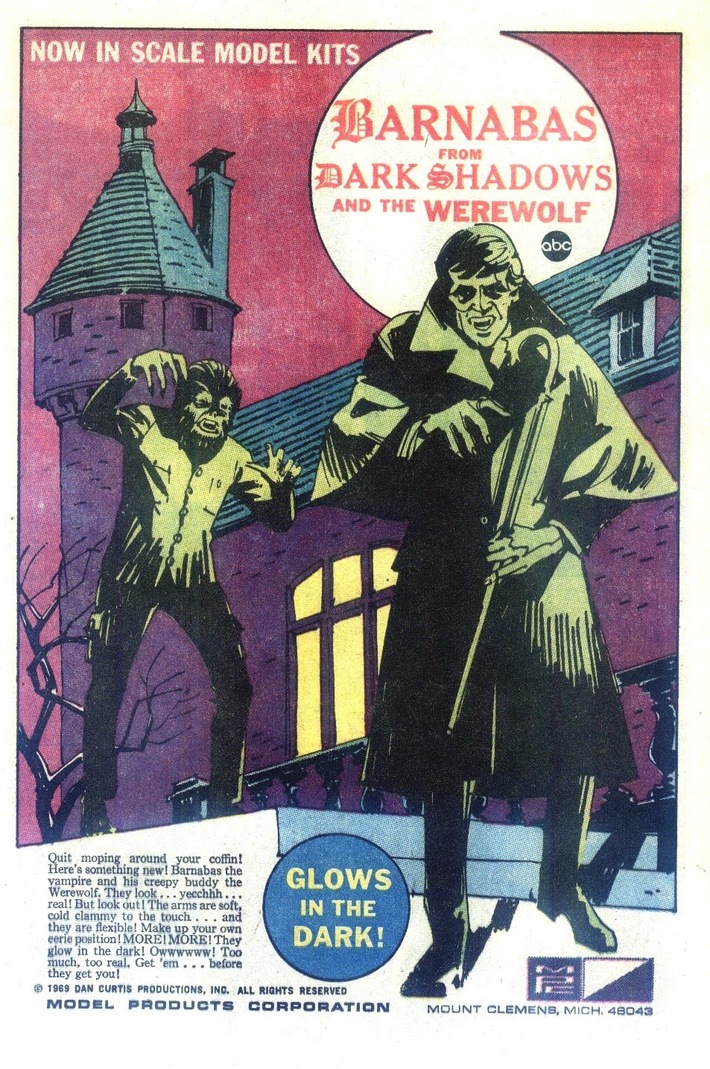 Here's an ad for Jeff. 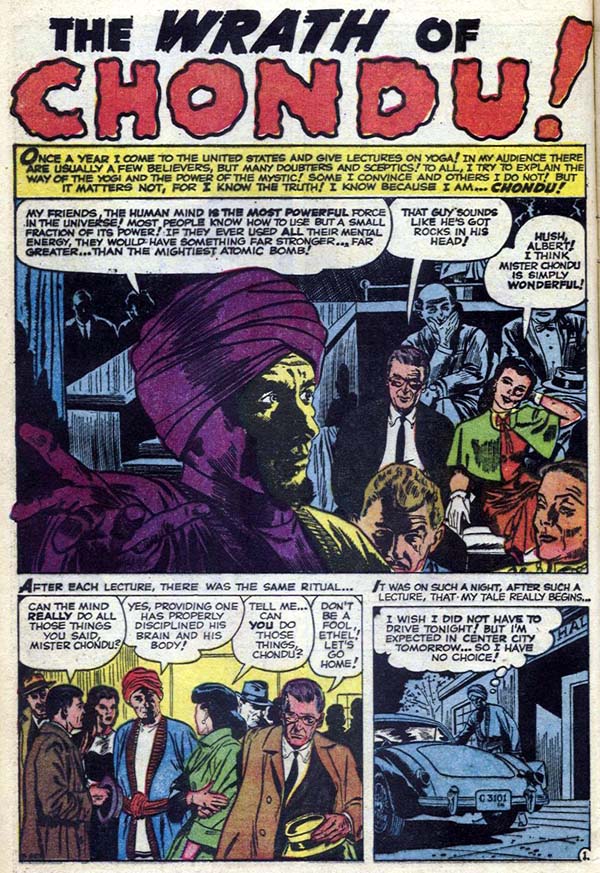 Chondu is very evidently Bela Lugosi. From Tales of Suspense #9 (Marvel, 1960[1]). Art by Gene Colan. My hat-tip to Atlas Tales for the image.

The character was surely named for Chandu the Magician, a radio hero. Lugosi played the villain in a 1932 Chandu movie starring Edmund Lowe, and Chandu himself in a 1934 serial.

Chondu later appeared in The Defenders as one of the villainous Headmen. Steve Gerber drew the trio (as they initially were) from stories reprinted in Weird Wonder Tales #7.

It's my guess Chandu was the model for Nadir, Master of Magic, from New Adventure Comics. Debuting in New Adventure Comics #17 (1937), he has a claim to be the first comic book superhero, although a case can be made for Doctor Mystic/Doctor Occult.(2)

In newspaper comics Nadir's and Mystic's/Occult's feats were preceded by the magic of Mandrake the Magician (1934), who had real magic powers early on, and the Phantom Magician from The Adventures of Patsy (1935).

(2) The Comics Magazine #1 (Comics Magazine co., 1936) featured the sole instalment of "Doctor Mystic", by Jerry Siegel and Joe Shuster. A masked giant appears in a city, and Doctor Mystic performs a mystic rite to enlarge and fight him. The story continued as a "Doctor Occult" serial in More Fun Comics #14-#17 (1936). In the course of the serial Occult acquires and uses a belt with magic powers.

Occult was a supernatural investigator rather than a magician, and had not displayed magic powers before this point. He did sometimes use magic or occult science later. His feature, which started in New Fun #6 (1935), was the first comics horror feature.

Why is Uranus Blue? (actual headline) 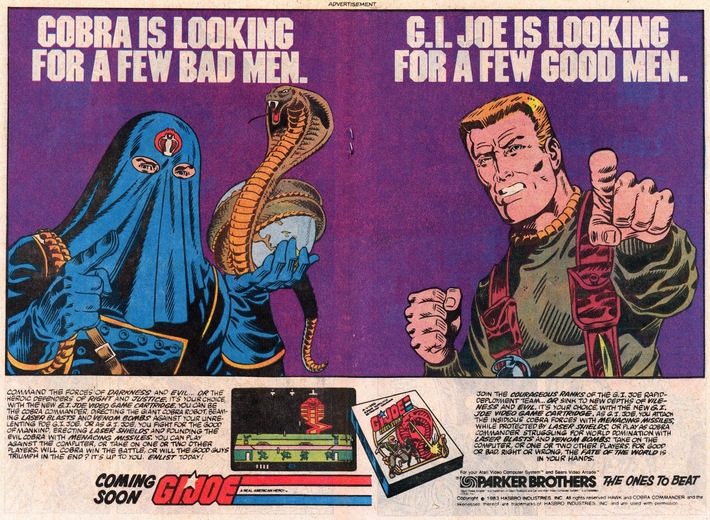 This G.I. Joe ad is from Crystar #2. The art looks by Herb Trimpe, who drew stories for the early issues of the Marvel title and G.I. Joe Special Missions.

Snoopy's Red Baron (not to be confused with Enemy Ace) 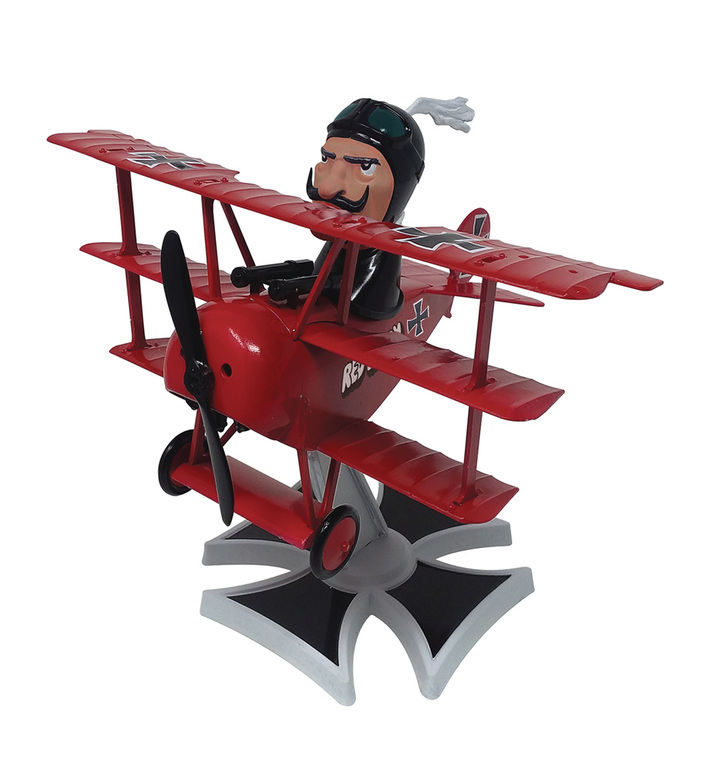