Revenge on his nemesis, The Tighty Whitey?

I fear the Red Thong might be in the game for something other than justice.

Building in Los Angeles announces slide 1000 feet up that will allow people to slide 40 feet from the 70th floor to the 69th floor. Despite being only 1 1/4" thick they assure people the glass will hold up to hurricanes and earthquakes. Hercules once said in Marvel Team-Up that he couldn't understand why mortals chose to do stupid things that could get them killed.

I saw a story on TV about it. My thought was "NO WAY!"

Zack Snyder should direct a dark, gritty reimagining of this classic from the 1970s: 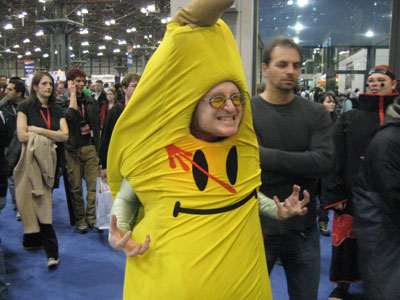 Wasn't the second one on the cover of an issue of Watchmen?

The art of Bob Oksner.

"I could dance like this forever!" "Oh, no, you're bound to improve!"

I remember Bing Crosby saying that to Fred Astaire in an old song. Fred says he got his dancing ability from his parents who were a dance team. "I see. And you're the throwback." Fred responded by insulting Bing's singing. "I'm loosening up." "Hm. Sounds more like you're falling apart." They both say they got the insults from Bob Hope. "I got that from Hope too, wish he had it back." I doubt many performers today would take digs about their talent with such good humor. 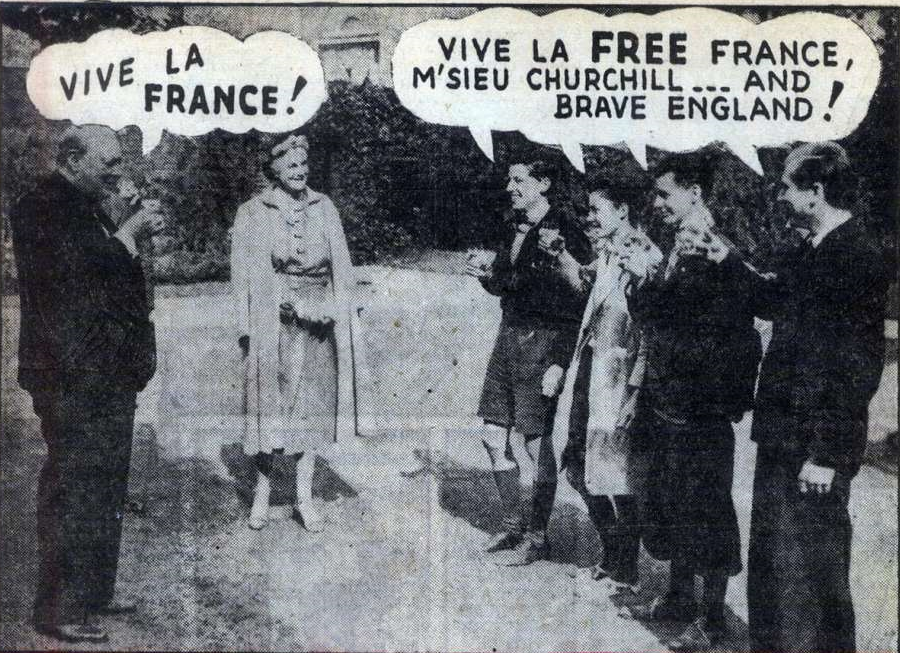 This post displaced the thread Lost In Space (American Gothic Press) from the homepage.

Ad from the back cover of Rangers of Freedom #6 (Fiction House, 1942). From the scan of the issue at Comic Book Plus. 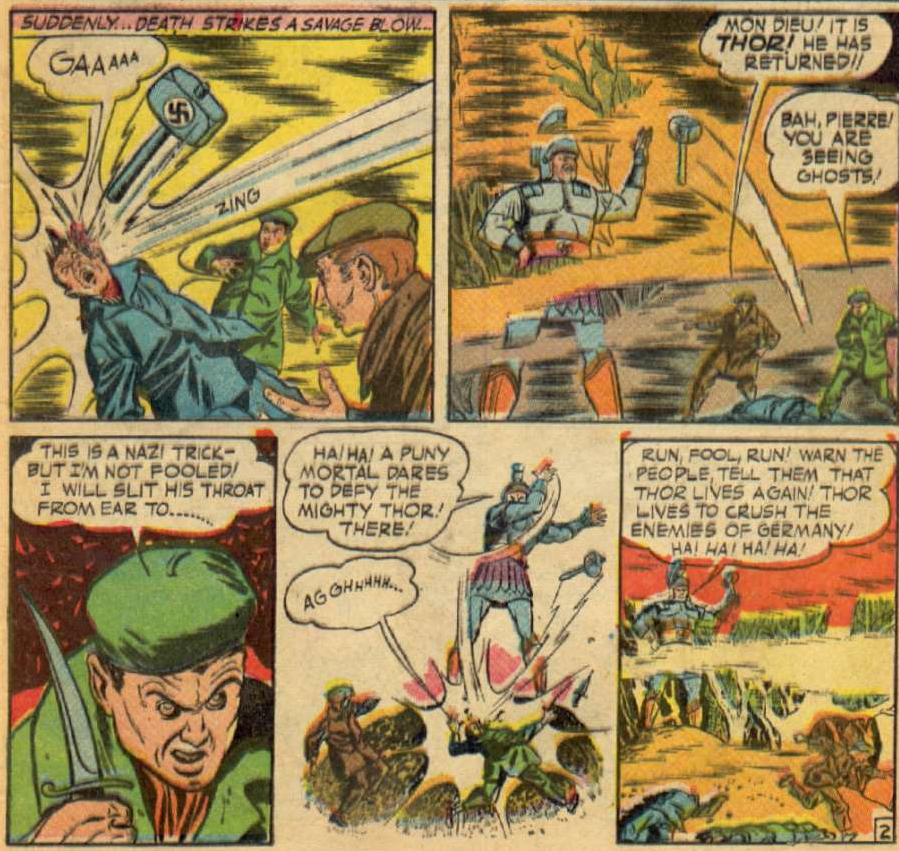 In his other identity the Iron Ace is named Captain Britain. The story is basically a long fight, but it reads pretty well. The GCD attributes the likeable art to Fred Kida.

Not just "Thor" but "The Mighty Thor." Stan or Jack must have seen this story at some point. Hammer is fairly close, but something's wrong with a Viking dressed like a Greek soldier. Also "Captain Britain" would have been a better name of the hero than "Iron Ace." In the 70s Marvel's Thor would make the mistake of briefly working with the Nazis in the Invaders, so Roy probably read this too. I've seen this artist before. Another guy that suddenly dropped off the radar after the Code. Just how much did Wertham actually cause us to lose?

Jeff of Earth-J replied to The Baron's discussion Movies I Have Seen Lately
"ANNIE: Another one we chose while flipping through the guide. When I was in high school we played a…"
5 minutes ago

Jeff of Earth-J replied to Steve W's discussion A Cover a Day
"Father and son robot fighters:"
16 minutes ago

Peter Wrexham replied to Steve W's discussion A Cover a Day
"Next, Dennis's cousin (their Mums are sisters) Minnie the Minx with her parents.  On the…"
35 minutes ago

ClarkKent_DC replied to Cavaliere (moderator emeritus)'s discussion What are you watching right now?
"I've got George Carlin's Class Clown on vinyl. I used to play it incessantly. He actually…"
12 hours ago

ClarkKent_DC replied to Steve W's discussion A Cover a Day
"Yeah, but ... here on Earth-Prime, when they gave us the Smallville TV series, Ma and Pa Kent were…"
13 hours ago

Jeff of Earth-J replied to Jeff of Earth-J's discussion Swamp Thing
"Thanks for the link! I forgot to mention that #78 was guest-written by Bissette (and…"
13 hours ago

It's the day after Halloween in 1988 when four young friends accidentally stumble into an intense time war and find themselves inexplicably transported to th...
13 hours ago
0 Comments 0 Likes