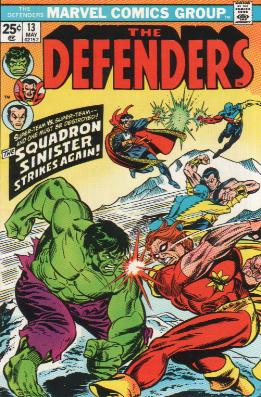 Jeff of Earth-J replied to Jeff of Earth-J's discussion Tales to Astonish
"GIL KANE - (#88-91): TTA #88 was my first Gil Kane. Just yesterday I mentioned not being…"
1 hour ago

Steve W replied to Steve W's discussion A Cover a Day
""Hey Mister! Absolutely no admittance when red light is on!""
1 hour ago

Peter Wrexham replied to Steve W's discussion A Cover a Day
"Doctor Who may not be a medical doctor.  However, Rory Williams is a medical nurse, so I hope…"
4 hours ago

JD DeLuzio replied to Steve W's discussion A Cover a Day
"It stands to reason that, with all of the running around in dangerous environments, sometimes…"
6 hours ago

Philip Portelli replied to Steve W's discussion A Cover a Day
"By a strange coincidence, tomorrow (Thursday 2/2), TCM will be showing classic Dr. Kildare and Dr.…"
15 hours ago

Jeff of Earth-J replied to Jeff of Earth-J's discussion Tales to Astonish
"Are Stan (and Jack) thinking back to earlier in their lives? Possibly. I think they were of the…"
15 hours ago

Richard Willis replied to Peter Wrexham's discussion Celebrity Mastermind - "The History of DC Comics"
"The Baron said: We have a long history of "celebrities" on game shows and quiz shows here…"
17 hours ago

Richard Willis replied to Jeff of Earth-J's discussion Tales to Astonish
"Jeff of Earth-J said: Ducking into a movie theater playing a newsreel, he briefly spots a man whom…"
17 hours ago