The TWD spin-off is back for another season with new cast members (three kids), new villains (led by "Max Headroom") and, soon, another "crossover" character from the original series (Dwight). We also see a helicopter with the same markings as the one which abducted Rick. Oh, and Daniel Salazar is back.

I assume the shopping mall was unlooted because they were doing an homage to Romero's Dawn of the Dead. This show really shouldn't go out of its way to remind us of better stories.

Especially given last week's lame-o episode. I just watched it, because my wife won't watch FTWD any more, so I end up watching it in the wee hours by myself, after I get home from work, very quietly, on the tiny upstairs TV. This week I didn't get to it until Friday night.

... and Saturday morning. Halfway through I turned it off and went to bed. Got up and forced myself to finish it. As I said, lame-o.

As I mentioned before, this show -- despite being set in the zombie apocalypse -- has zero sense of menace or danger. When was the last member of the cast killed? Even radioactive Grace isn't dead yet. (Guess they're saving that for the season-ender.)

In this show, Logan sets up a roadblock. Remember when Negan set up roadblocks? Yeah -- that ended up killing Glenn and Abraham. In this show, not only does Logan not do anything when he stops our heroes, he allows himself to be pushed around and threatened by Morgan. All those guys with guns just stand there. I don't much care for Negan, but Logan is not only a lame bad guy, he's incompetent.

Why not kidnap Morgan and tell his team on the radio that he'll kill him unless they're told where the gas is? Seems like a reasonable bad-guy thing to do. Nope. He says, "tell me where the gas is." Again. And Morgan throws him against a truck and storms off. That's it. Why did they even bother with the roadblock? He could have said that on the radio. Oh, wait, he often does.

Wow, this guy's got no game.

Well, except for getting the MacGuffin in the vault. I've said before that Al's tapes are a stupid idea and a dangerous hobby in the apocalypse, which can do no good but can do harm. As it will here. Jesus.

Getting back to stupid hobbies, Wes wants to find the guy who stole from him, but lies to Alicia and Strand as to why he wants this guy. He shoots the guy -- who never gets a name -- but he gets away. Now Alicia and Strand know Wes was lying, but they agree to find the shot guy ... to help him. Because, you know, sure. Risk everyone's lives to find a guy who's probably already dead and has shown himself to be a thief, on the word of a guy who's shown himself to be a liar.

But blind or not, he can still kill walkers. Because there is no real threat on this show. Our heroes, and total randos like Wes, dispatch walkers with ease. Except Alicia who, annoyingly, can't decide if she wants to or not. It's annoying because we know eventually she'll get over this PTSD, or whatever it is, because it's a contrived plot point by mediocre writers.

Speaking of walkers, there were some good gags this week. The walker whose head popped off like a pimple and the walker who tore off his arms because vines had grown into them were cool.

Anyway, the previews show some John Dorrie next week, so yay. But I'll bet a dollar nobody dies.

I was thinking about what you said about the main characters being safe and that no one has died in a while. I don't necessarily like it when characters die, but when they do incredibly stupis things (as June and Dorey did this week), I don't like it when they live. 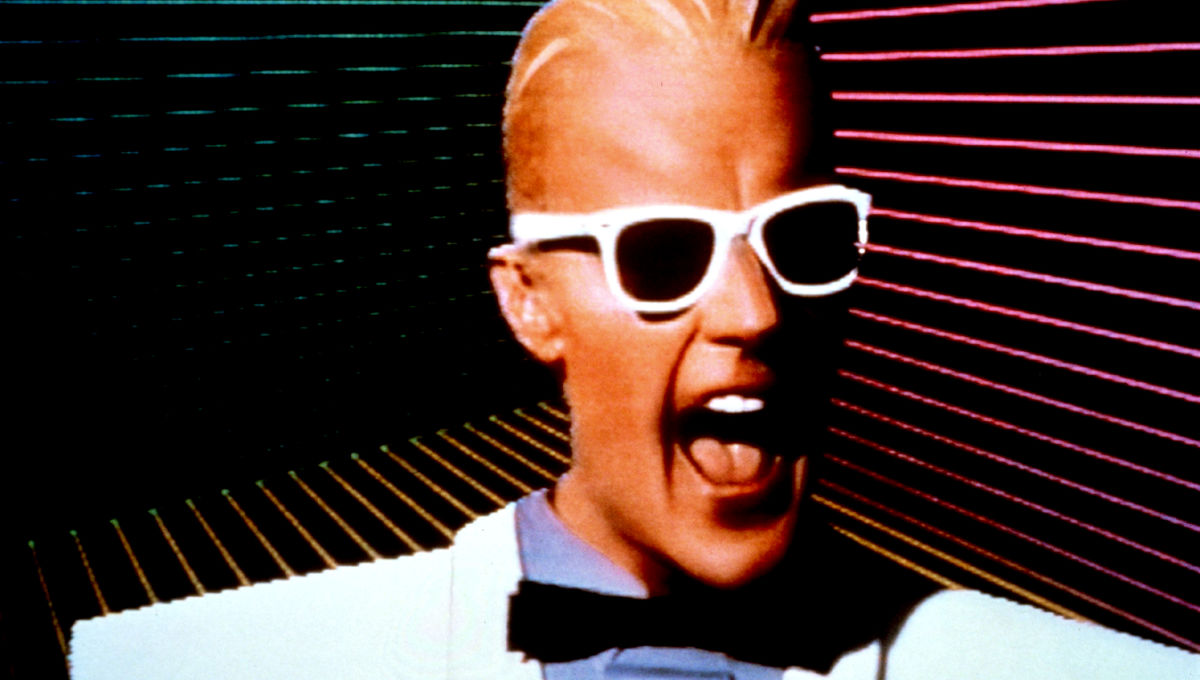 In a very quick and surprise move, a new group (on horseback) swooped in and popped "Max Headroom" and his entire gang in the midst of negotiations with the main case. [If you've ever seen the (I think it was) first season of Buffy the Vampire Slayer, it was that quick.] The leader purports to have humanity's greater good in mind, yet comes across as totalitarian. Lucia volunteered to stay behind as hostage to show the new group how to refine the oil into gasoline, while the main group was given their freedom and a tanker full gas.

In addition, they've picked up another surviver (in a very "writerly" plot development) who is fleeing an oppressive group I'd be surprised wasn't the people on horseback.

I'm not trying to talk you into anything, Cap (assuming you're reading this); just filling you in on what you missed.

You still plan to watch the main show, don't you?

That sure was quick! Extra ironic twist that Logan actually seemed to be reconsidering his approach just before he died. There's definitely something scary about  the leader: initially charming, but ready to kill people at the drop of a hat. Crazy to think about signaling a gunfight that she would have been in the middle of, as well. She didn't act the least bit concerned for her own safety.

Ah, Mark! It's been so long since anyone other than Cap has posted I didn't know whether or not anyone else here was watching. I'm looking forward to the build to the finale.

I haven't been watching since Dr. Taub (from House) came on the show as a two-fisted rabbi, or whatever he was. (I didn't finish the episode, because evidently everyone on this show has zero to fear from walkers, including diminutive clerics.) But I'm still reading this thread.

And I'm still saving the shows on DVR for some night when I'm in the mood. I sorta need to keep up with the TWD universe for the column, so I'll watch them eventually. It's just not appointment TV.

Planet of the Apes takes place in and around the New York City area. I always wondered what the situation was in other parts of the world. What was happening in St. Louis, Paris, Japan? It the same thing with Star Trek. for a long time, in the 23rd or 24th century, all of the stories centered around the adventures aboard the Enterprise. Until Fear the Walking Dead, I used to wonder what’s happening in the rest of the United States, the rest of the world. Sometimes, what happens elsewhere, simply isn’t all that interesting.

Fear is the Deep Space 9 of The Walking Dead.

Hey, I liked DS9! But I know what you mean. Fear had an independent purpose when it started out. It was a prequel, showing what happened in heavily populated areas when the zombie disease started to spread. But once it settled in one place and started crossing over with the main show it lost its driving force. Bad writing took care of the rest.

Is it just me, or did anyone else see last night's episode as an allegory for America's two-party political system?

I think you're right. The dueling documentaries reminded me of the recent spate of negative ads I had to endure.

I'd also like to see what the cost of help from the key people is. Victor was trying to get Virginia to spell it out, but it still seems vague to me.

What was it we used to say about Negan? Rick and his group had turned a corner (started murdering people in their sleep and whatnot), and someone suggested that if we had been following Negan from the beginning, he might be the sympathetic character. I initially felt the same was about Virginia and her group. But that was before the political aspect occurred to me. Here’s what I think about Virginia’s group now: “Those for whom their system works, it works very well; for those it doesn’t, screw ‘em.”

Also in Sunday’s episode, a minor new character dies. He was “sympathetic,” but frankly the loss of the tanker truck was a much bigger loss. In order to make this show dangerous, a main character needs to die. Although I’d hate to see him go, the character whse death would have the most impact would be Morgan, I think.

Another aspect of this episode is “the promised land.” They get to their destination, it’s filled with walkers and… they call Virginia’s group for help? Are you serious? They didn’t ask for help retrieving the tanker (and Virginia’s going to end up with it, anyway). Since when can they not clear a compound? Or, barring that, simply move on?

Back to the dueling propaganda tapes, I really must question the efficacy of this strategy. This far into the apocalypse, how many “undecided voters” are there left? (Wait a minute… we’re still talking about the show, right?)