As I was watching Queen Elizabeth's funeral procession, my thoughts drifted to her "Silver Jubilee" celebration (February 6, 1977) as depicted in Captain Britain #39 (week ending July 6, 1977). That got me thinking about contemporary events tied to specific dates as depicted in comic books. In long-running superhero "universes" time is often depicted on a sliding scale, but I'm thinking of events that cannot be changed without altering a significant point of the story. I'm not looking for flashbacks or "historical" stories written long-after the event; no "Pearl Harbor" in Invaders or "D-Day" in Sgt. Fury. Here are a few that occurred to me off the top of my head.

Can you think of any others?

Most of the stories above were written after the fact. A notable exception is "Deadly Games" (Jon Sable #17-18) which was written to coincide with the opening ceremonies of the 1984 Olympic games. (#17 was released in June and #18 in July of that year.) It was tricky for Mike Grell to coordinate because the identity of the runner who lit the torch was concealed until the ceremony itself. (It was Rafer Johnson, BTW.) The 1940 and 1944 Summer and Winter Olympics (all four) were cancelled. In this case they knew well ahead of time that they'd be cancelled.

Rafer Johnson was at the side of Robert Kennedy when he was assassinated. I don't know if he was actually attempting it, but audio had people urging him to take the gun from the assassin.

Let's see 9if any of these are legit for this topic....

Batman and the Outsiders "invaded" the Summer Olympics in Los Angeles in 1984.

Superman, Batman, and Robin were at the centennial (but they were a year off!) of the gold spike joining the transcontinental railroad at Promontory Point (World's Finest 196)

Superboy and Luthor were in the hotel across from Ford's Theater on April 14, 1865 in "The Impossible Mission", Superboy #85.

In one Superman story, Superman is the one to save Lincoln (along with Atlantis and Krypton itself). I think it was "The Impossible Missions" but I'm not sure. Paging Mr. Silver Age or Commander Adam.

I would've thought the Guardians of the Galaxy hit a specific time in their journey into the past, but I can't think of any.

Ditto for the Legion of Super-Heroes. In fact, that's all I can think of right now; I hope these are applicable for your purposes.

I am looking for contemporary events tied to specific dates. Whereas I previously rejected the references to the Japanese attack on Pearl Harbor in Giant-Size Invaders #1 on the grounds that it was not contemporary, I would accept Marvel Mystery Comics #31 which opens on December 8, 1941 (a specific date) with the newspaper headline "Congress Declares War on Japan" (a contemporary event).

I can't resist a shout-out for your creative abbreviation of All Star Squadron.

Thank you Mr. Willis - we aims to please! But I have to admit that I stole it from Fred Hembeck.

Do these count since they are keyed to the Batman tv show? 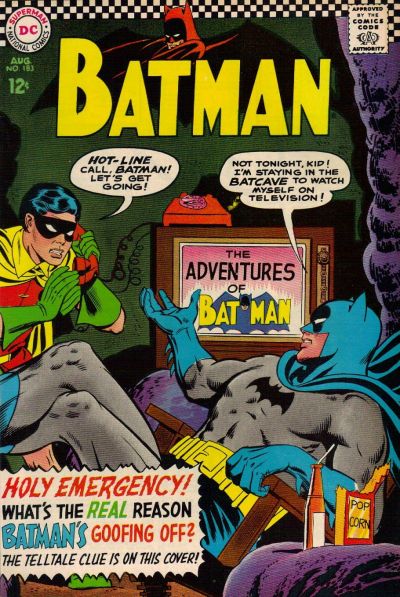 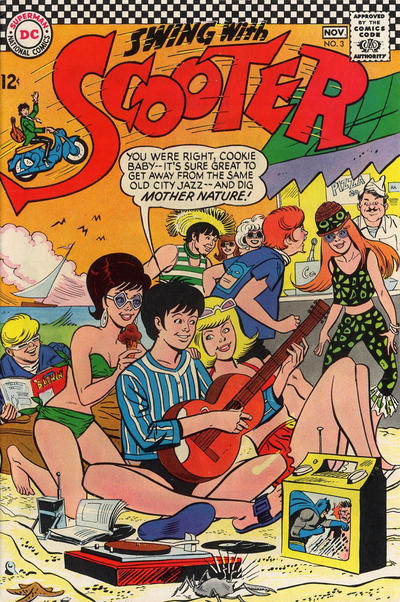 "Do these count since they are keyed to the Batman tv show?"

I would classify those as "fuzzy" dates, rather than specific. Perhaps I should also add the word "historic" to what I'm looking for : " contemporary historic events tied to specific dates." Here's what we've got so far...

Most of the suggestions so far have either been not specific or not contemporary. And, for the record, I do feel bad about not including Kelvin's Marvel Team-Up #79, which was both contemporary and specific (just not very significant). I'd say the same about the Infinitors' birthdays (not contemporary, either). Here's another one that does not count...

Although both specific and significant, it is not contemporary.

In the Amazing-Man story in Amazing Man Comics #8 (1939) Aman responds to news reports of the outbreak of war in Europe by heading there to fight the Naxis. The newspaper he buys has the headline and sub-head "WAR DECLARED ALLIES GO TO AID OF PO(LAND)".

In the first Corporal Collins story, in Blue Ribbon Comics #2, (1939) Jim Collins is in France when war is declared and joins the French military. The instalment in #7 (1940) is set during the Battle of France. The opening caption reads "With part of the French army and the entire B.E.F. hopelessly surrounded in the vicinity of Dunkirk, we find Corporal Collins in the midst of the enemy's fiercest fire!". #8's instalment is set after the French capitulation and depicts the escape of Collins and his pal Slapsie from France.

The Sgt Boyle feature in Pep Comics was about an American who had joined the British army. According to the opening caption of his first story (1939), he started for home when war broke out and joined up after a U-boat sunk his ship. The instalment in #8 (1940) opens with the Germans about to seize Antwerp. #9's opens immediately after the fall of Paris: "Declared an open city, Paris falls before the onslaught of the Germans............with the fast mechanized forces cutting them off from the rear, Sergeant Boyle and his squad find themselves isolated in the midst of the enemy!" Boyle saves the train which is taking the French government from Paris to Bordeaux. #10's story opens with Boyle already back in England.

In All-Star Comics #11 (1942) the JSAers respond to Pearl Harbor. Except for the Spectre, because he's a ghost, the active members join up and take part in (fictional) actions against the Japanese. As a group they are made a special battalion, the Justice Battalion of America.

The Blackhawk story in Military Comics #11 (1942) opens with the team debating whether to remain focused on the war in Europe or switch to fighting the Japanese. I take their debate to be in response to Pearl Harbor, but this is not explicit. Chop-Chop heads off to fight the Japanese - because of his feeling for America rather than China - and the others follow.

How about this one: in Teen Titans #4 (July-August 1966), we're shown a flashback to the team's adventure with Speedy set at the 1964 Tokyo Olympics.  While not exactly contemporary, it seems to me to be closer to a "fixed point in time" than things like the Invaders or All-Star Squadron, which were basically historical fictions incorporating events from actual history, while the Titans were basically talking about what they did over their Summer vacation.

I would classify that as "fuzzy" because there's no historical event to "fix" it to 1964. The reason I included Jon Sable #17-18 but not Batman & the Outsiders #14-15 is because, although both took place against a backdrop of the 1984 Olympics, the former took place behind-the-scenes of the opening ceremonies of that particular Olympics and no other, and also was released more or less concurrently with the event itself.

I found another "semi-fixed" one today myself: Giant-Size Defenders #4 opens at New York's Lincoln Center for the Performing Arts on January 4, 1975 but, although specific, it's not really fixed.

Jeff of Earth-J replied to Jeff of Earth-J's discussion To be... HULK-inued!
"#104: You are being held in Sing sing under heavy sedation. While enroute to a "high security…"
1 hour ago

Jeff of Earth-J replied to Jeff of Earth-J's discussion The Abomination
"THOR #178: "Somewhere in space, a figure lands upon a fearful, far-off planet, a figure we…"
2 hours ago

Jeff of Earth-J replied to Captain Comics's discussion Bond #5: 'From Russia, with Love'
"THE BOOK: From Russia With Love was reportedly one of JFK's favorites. The acquisition of the…"
3 hours ago

Peter Wrexham replied to Steve W's discussion A Cover a Day
"So what happened to the flowers here?"
5 hours ago

Richard Willis replied to Wandering Sensei: Moderator Man's discussion What Comic Books Have You Read Today?
"Lee Houston, Junior said: In case you're unaware of this, the Funky Winkerbean strip…"
9 hours ago