Wow. I am SO very glad I picked up the new book

The book is one in a long line of efforts in the last few years to kick-start the Flash Gordon property, and at last this one truly succeeds.

The story is by Jeff Parker with art by Evan Shaner. So far three issues have been published (maybe four by now), and each one has been absolutely perfect.

The basics are all there, of course, Flash, Dale and Zarkov have been marooned on Mongo and immediately start making trouble for Ming, the emperor of many worlds.

Beyond that, the book mixes classic Flash Gordon ideas with some of the 1980 film and some modern sensibilities too.

Flash Gordon is depicted as a ne'er-do-well whose carefree zeal for adventure has finally brought him the challenge he's been craving. He isn't some terrible slacker or anything, but more of a guy who  found Earth way too boring.

Zarkov is a technical and scientific genius as always, but not someone who's completely wrapped up in science either. He's fascinated by it, sure, but he's also a calculating who plays Ming's forces against themselves.

Dale seems to have had the biggest change. Rather than the object of affection between Ming and Flash, she's truly the team leader and the brains behind everything.

I can't say enough about Evan Shaner's art. He's got a great, simple style that harkens back to Alex Toth. He's also a master at facial expressions -- I haven't enjoyed art like this since Kevin Maguire.

Now I can only hope that Parker and Shaner and Dynamite can maintain interest in the book. If these guys can get 40-50 issues of this quality under their belts, this will be the definitive Flash Gordon. And I mean over the glitzy movie, Buster Crabbe and even his creator, Alex Raymond. 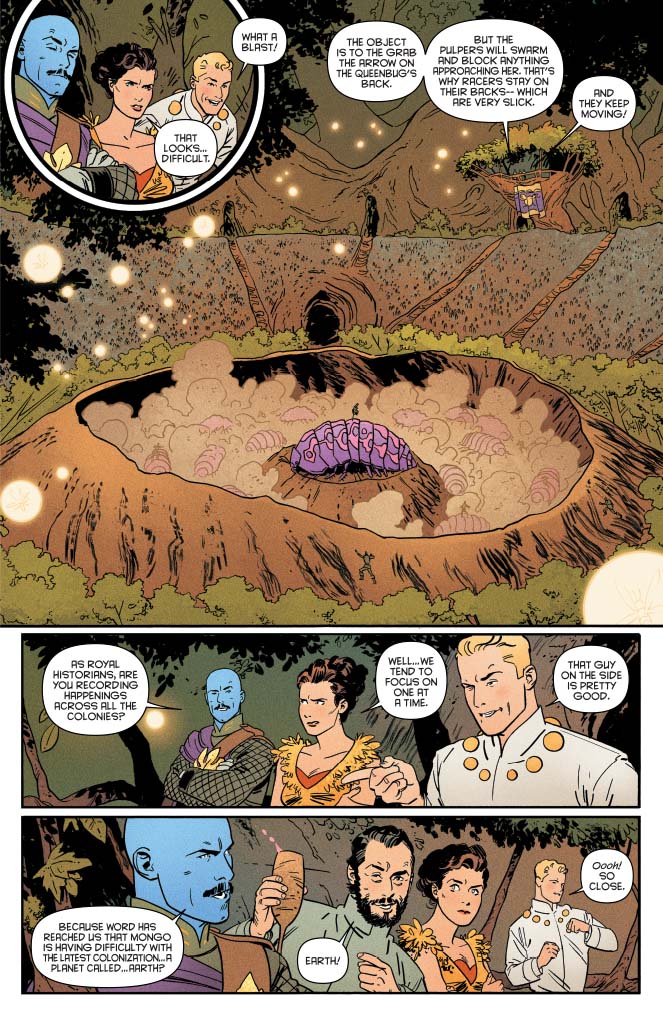 Another page, unrelated to the one above ... 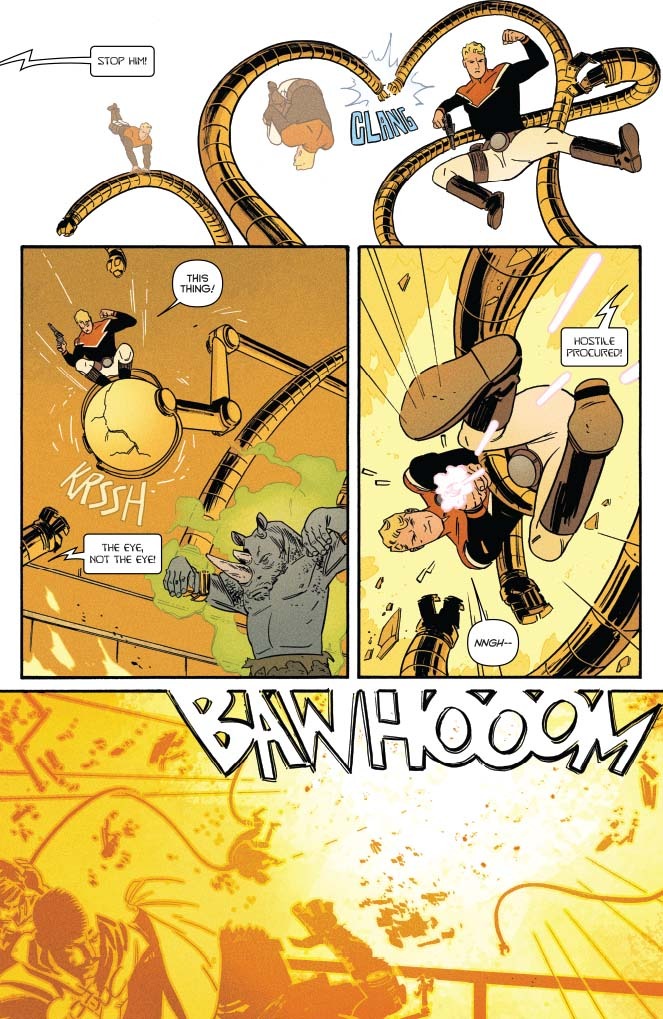 I really enjoyed the first two issues, but am sad to report that I have yet to read the third. I own it, but I just haven't gotten around to reading it yet. This characterization of Flash Gordon is a guy you would love to grab a beer with. I am unfamiliar with FG as a character. I've always known he existed, but I've never seen the movies or read any of the books, so I'm not sure if this is normal. Either way, it's a pleasure to read him as a person, if that makes any sense.

Doc Shaner's artwork is beautiful. It kind of reminds me of a mix between Declan Shalvey and Marcos Martin. Along with that, I would echo Lumbering Jack in saying that the facial expressions make this book so much more fun.

I somehow became a reader of four (four!) Dynamite books within the past few months. They're doing something right.

I'm trade-waiting; I usually enjoy Parker's writing, and your review has cemented it!