By 1965 Lee was probably feeling the press of the issue cap, of course. I think he made space for X-Men and Daredevil to go monthly by returning the Millie titles to bimonthly status and dropping one of the Patsy titles. The Millie titles were only briefly monthlies at that point, so I haven't fully figured out what was going on there.

His thinking may have been that he couldn't drop "Dr Strange" without giving Ditko something else to do. He may have been getting enthusiastic fan feedback on "Dr Strange", even though he apparently didn't think it was selling the title. And the "Torch and Thing" feature ended just after Fantastic Four went to a serial story format (arguably from #38 in Feb.). That was also the point when he replaced the original Avengers line-up, which he has said he did because it was too difficult coordinating the title with their own series (but perhaps also did for other reasons - so Captain America could be the star, to get more superheroes on the stands, because he didn't know what to do with them).

When I wrote that "Ant-Man" may have been the new wave feature they had most faith in 1962 I forgot about "The Human Torch". It's possible they thought he was going to be a break-out star because he was a teen hero and because the original Torch had been big in the Golden Age.

Come to think of it, I don't know if the publishers calculated average paid circulation by averaging the paid circulation over a full year or for just the most recent months for which they had solid figures, which I suppose would be arguably a legitimate way to do it. ("This is what it is now.") Comichron quotes the legal requirement in its FAQ. Carmine Infantino said in his Comic Book Artist interview that in his period as DC's head the final sales figures took six months to come in, so if that is how they did it the figures could represent basically what a title was selling at the beginning of the year. The impact of the Batman TV show, which started Jan. 1966, is apparent in Batman's 1966 report.

And Spider-Man, once he got started, was a break out star and a teen hero. Made sense to keep pushing the Torch and hope that happened again.

Except of course he was wrong about which FF member was the most popular. But once the Thing got added the series turned kind of wacky. Quicksilver and the Scarlet Witch might have gone straight sooner if it wasn't for those two. But then Stan wasn't ready to do anything with them just yet.

When Jack came up with Black Bolt, Inhumans, Wyatt Wingfoot, and Coal Tiger, why put them all in Fantastic Four if there was no other place for them? Why not have Jack take over Avengers and have some of those new, homeless characters of his team up with Captain America instead of three villains?

Six months. That would mean Hulk was cancelled after three issues, so Steve Ditko wasn't put in #6 to save the book.

I remember DC saying they cancelled the JSA comic in the 90s in #7 but they were going to publish the next three issues anyway, but the book was finished even if sales were up.

I think Ditko may have been, because the cancellation decisions were surely Goodman's and Lee need not have always known how long he had. They did get early sales figures more quickly; Infantino talks about how unreliable they were. Since Marvel's output was capped Incredible Hulk may have been more cancelled to make way for another title (I think Sgt. Fury) than because of its sales.

It may be that the "Black Bolt" etc. proposals didn't get very far and the characters weren't ready for prime time at that point. That ideas work or fail in practice is one of my hobbyhorses. The Torch's Strange Tales series is a classic instance. If they'd put more of the teenworld stuff into it that they put into "Spider-Man" I think it might've been a success - I should say a bigger success, given the sales - but they didn't really get that element in. I like your Torch and Wyatt Wingfoot suggestion too, but I'd guess Wyatt was always conceived as a college-aged man and Johnny only went to college after the Strange Tales series ended. Kirby proposed a newspaper strip series about a college-aged man with robot in the 50s.

Johnny had a girlfriend who, as far as I can remember, did little besides yell at him for flaming on and burning up her new linoleum. Adding Crystal to Strange Tales might have been interesting, but it wouldn't have happened for a long time since she was stuck behind that barrier. Interestingly neither Torch nor Spidey had any buddies back then. But then neither did Beast or Iceman when they hung out at that coffee shop with their girls. Surprised to recently read that Bernard the beatnik poet was a mutant, although his power was apparently to get people to listen to his poems. The newspaper strip sounds interesting. Did Wyatt ever say anything about robots?

The college man strip was Chip Hardy. A couple of the samples strips can be seen here (you'll have to type in the name). I don't know where one might find a complete set. The connection with Wyatt is just my guess; I thought perhaps Kirby recycled the idea of a college man who has fantastic adventures into Wyatt, but I can't be sure he wasn't initially conceived as a full adult.

Says they cancelled it at the last second.

The second panel reminds me of a Buck Rogers like comic Jack drew about 1937, a racer, I think, caught in a beam sent by an evil scientist that pulled him into the future. It was one of those comics he did when he was starting out and imitated different comics and artists. For instance, he also had a Popeye and a Dick Tracy like strip, and a Ripley's Believe It Or Not.

That's an interesting comparison. The strip was Cyclone Burke. His other newspaper strips include Lightnin' and the Lone Rider, Blue Beetle, Johnny Reb and Billy Yank (which he ghosted for Frank Giacoia; apparenty it shared its name with a 1905 novel - I wonder if it took elements from it), Sky Masters and even a The Black Hole adaptation. There were also other unaccepted proposals in the 50s - Kamandi of the Caves, Surf Hunter, The Career of King Masters.

Thanks for pointing out that Chip Hardy note; I missed it. 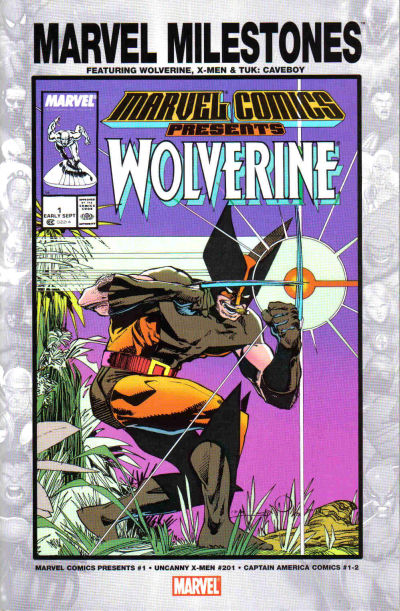 I would have liked to see where he was going with Cyclone Burke and Lone Rider. Interesting in the 60s he redid Ka-Zar, who wasn't one of his characters in the Golden Age. Perhaps he suggested reviving Tuk the Caveboy but Stan thought Ka-Zar had more potential? Bizarrely, when they reprinted Tuk several years ago, they put his stories in the back of Wolverine reprints, mention him in tiny print on the cover, and put the Silver Surfer in the cover box so you'd think the Surfer was in the book.

Ka-Zar was Goodman's Tarzan, so he might've told Lee to bring him back.

Surprised to recently read that Bernard the beatnik poet was a mutant, although his power was apparently to get people to listen to his poems.

Isn't cruel and unusual punishment against the constitution?

Rob Staeger (Grodd Mod) replied to Mark Sullivan (Vertiginous Mod)'s discussion The Many Deaths of Laila Starr
"I loved this story. It reminded me of Gaiman, too. And thanks for the reminder that I should really…"
12 minutes ago

The Baron replied to PowerBook Pete, the Mad Mod's discussion Anything, Everything, or Nothing At All
"Ah, Marcus Welby and Spock's mom."
46 minutes ago

Lee Houston, Junior replied to Steve W's discussion A Cover a Day
"And now, a couple of more Adams' Arrow variants. (Images courtesy of the Grand Comics…"
1 hour ago

Philip Portelli replied to PowerBook Pete, the Mad Mod's discussion Anything, Everything, or Nothing At All
"I've done something similar like reorganizing my collections. To no one's surprise here,…"
1 hour ago

Commander Benson replied to PowerBook Pete, the Mad Mod's discussion Anything, Everything, or Nothing At All
"The GMB experienced those same feelings of worthlessness.  So, she threw herself into running…"
1 hour ago

Philip Portelli replied to PowerBook Pete, the Mad Mod's discussion Anything, Everything, or Nothing At All
"I understand. I've been a burden to my family these last two years, stretching out my stimulus…"
1 hour ago

Commander Benson replied to PowerBook Pete, the Mad Mod's discussion Anything, Everything, or Nothing At All
"It's been irritating, but we've always been pretty confident that her disability will…"
2 hours ago

Philip Portelli replied to PowerBook Pete, the Mad Mod's discussion Anything, Everything, or Nothing At All
"Thanks, Commander! All the best wishes to Mrs. Benson! I know how frustrating it can be!"
3 hours ago

Philip Portelli replied to Steve W's discussion A Cover a Day
"Neal Adams did a series of covers for the Tarzan paperbacks re-issued in the mid-70s."
3 hours ago

Jeff of Earth-J replied to Steve W's discussion A Cover a Day
"There are still scores of Continuity Comics covers yet to be posted. You anticipated me. Of…"
3 hours ago