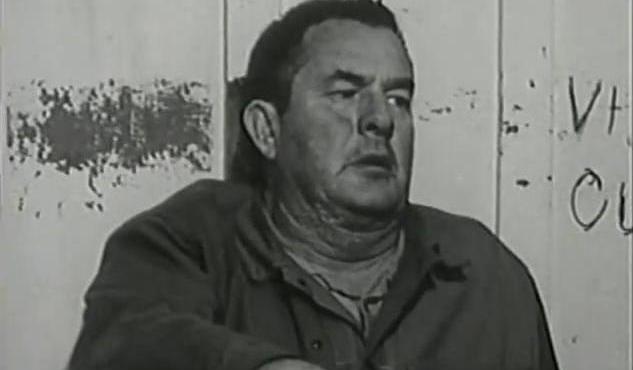 Richard Willis replied to Peter Wrexham's discussion Celebrity Mastermind - "The History of DC Comics"
"The Baron said: We have a long history of "celebrities" on game shows and quiz shows here…"
40 minutes ago

Richard Willis replied to Jeff of Earth-J's discussion Tales to Astonish
"Jeff of Earth-J said: Ducking into a movie theater playing a newsreel, he briefly spots a man whom…"
59 minutes ago

Steve W replied to Steve W's discussion A Cover a Day
"As it's still day one, here's another romance from me."
3 hours ago

Richard Willis replied to Jeff of Earth-J's discussion T.H.U.N.D.E.R. Agents
"I was catching up with other things and haven't yet read the IDW issues. I'll get to them…"
3 hours ago

Richard Willis replied to Steve W's discussion A Cover a Day
"When I saw Fantastic Four #4, the cover had a guy in swim trunks coming out of the ocean. He was…"
3 hours ago

Peter Wrexham replied to Steve W's discussion A Cover a Day
"The last few lines of the index now look like this, with the recently-agreed themes for March,…"
5 hours ago

Lee Houston, Junior replied to Steve W's discussion A Cover a Day
"I will be the first to admit that in regards to some aspects of fandom I am behind the times. In…"
6 hours ago

Jeff of Earth-J replied to Steve W's discussion A Cover a Day
""The BBC only considers the main series and a few online webisodes canon" Not so! Even…"
7 hours ago

Jeff of Earth-J replied to Wandering Sensei: Moderator Man's discussion What Comic Books Have You Read Today?
"It was actually the discussion of Tom Battiuk's retirement over on the "Comic…"
7 hours ago

Jeff of Earth-J replied to Jeff of Earth-J's discussion Tales to Astonish
"JOHN BUSCEMA - (#84-87): While TTA #84 is not exactly tyhe beginning of a new arc, it is a good…"
7 hours ago