Look to the Skies!

JULY 12: Conjunction of Venus and Mars

The planets are really clear in the sky this morning, Mercury and Venus are hardest to see (because of the light pollution from my neighbor's light); Mars is a bit "out of true"; Jupiter and Saturn are the brightest; but, yes, they are in a nice (almost) straight line. Neat!

"Throughout June, sky-watchers can see Earth's five closest planetary neighbors in a row with their naked eyes. About half an hour before sunrise, Mercury, Venus, Mars, Jupiter and Saturn are aligned in their natural order from the sun stretching in a diagonal starting low in the east... June 24 is the best date to see the five planets. Mercury will be easier to spot as it moves away from the sun and will be up an hour before the sun rises. As a bonus, Earth's cresent moon will position itself between Venus and Mars and act as a stand-in for Earth."

I do NOT wake up at 4 a.m., having been a night worker for most of my career -- I usually log off about midnight. So I never see Mercury anywhere but Wonder Woman comics and cartoons. 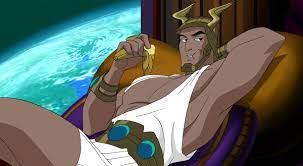 Richard Willis replied to Steve W's discussion A Cover a Day
"The Circus of Crime's Silver Age debut was in a 10-page story in Incredible Hulk #3(SEP62),…"
2 hours ago

Lee Houston, Junior replied to Steve W's discussion A Cover a Day
"It's going to be a gorgeous weekend in my neck of the woods. Too bad there isn't a…"
5 hours ago

Philip Portelli replied to Steve W's discussion A Cover a Day
"This is a weird tie-in no matter how you look at it! "
6 hours ago

Philip Portelli replied to Randy Jackson's discussion The List of Super Villain Teams
"From the Legion, there's The League of Super-Assassins The Legion of Super-Rejects The Tauros…"
6 hours ago