The one spoiler everyone should know in advance:

There's no mid-credit or end-credit sequence! No, some audio from an earlier movie doesn't count!

Unless you really like protracted credit sequences, just head to the washroom.

Otherwise, it's an impressive film, a great "season finale" to this stage of the MCU.

I always watch credits too. Even if there's nothing happening but a list of names on the screen, the score is still playing, and it's a good way to ease back into the world. And occasionally you find such gems as Dave Bautista's stunt double in Endgame. His name? Rob de Groot.

I imagine him walking around the set, saying only "I am Drax!"

Interestingly for us copy-editor types, everywhere on the film and the DVD box, the title "Charade" appears in quotes. One more layer of falsehood in a movie that's full of them.

Also, the movie's due for a review on this week's Filmspotting podcast, which comes out today. This episode also has their summer movie preview. I  haven't listened to it yet, but it's always worth checking out!

Next up I watched A Bucket of Blood, a Roger Corman movie that's basically Little Shop of Horrors in the beatnik art world. Dick Miller plays a coffeehouse busboy who starts getting acclaim as a sculptor when he kills a cat by mistake, and covers it in clay to hide it in plain sight. Like Little Shop, this escalates, and he winds up going on a bit of a killing spree -- unintentionally at first, but by the end he's all-in. (It's also like Little Shop in the fact that it was written and directed by the same people, and was filmed on the same sets, redressed.)

And as fun as it is as low-budget horror, it's also a terrific send-up of the beat poetry scene: "Life is an obscure hobo, bumming a ride on the omnibus of art." Gotta love lines like that! Makes me want to snap along.

My Dinner With Herve: I'm not entirely certain about the take-away, but this odd biopic, which loosely tells the story of Sacha Gervasi's final interview and escapades with Herve Villechaize (played by Peter Dinklage), is strangely compelling.

I've seen Charade several times and it never gets old. The only one in the movie who is what she seems to be is Reggie, Audrey Hepburn's character. Hepburn, Grant and Matthau are a joy to watch, and the three former henchmen (played by James Coburn, George Kennedy and Ned Glass) chew the scenary to bits. There's an unattributed quote that this is "the best Hitchcock movie that Hitchcock never made". Can't argue with that.

Yeah, it was a real delight. Sometime I'd like to see The Truth About Charlie, an early-2000s remake of this directed by Jonathan Demme, with Thandie Newton in the Audrey Hepburn role, Mark Wahlberg in the Grant role, and Tim Robbins in the Matthau role.

I watched Stan and Ollie recently; and, I thoroughly enjoyed it. John C. Reilly presents a better than solid performance as Oliver Hardy, presenting Hardy as a bit more reserved, almost too gentle, character compared with Steve Coogan's ambitious, more driven Stan Laurel. Although Coogan tends to over shadow Reilly at times, I can't be overly critical of either performance. The juxtaposition of personalities (the movies have always put Ollie in the drivers seat, as far as I've seen) was an enjoyable, and unexpected surprise to me. This is not to say that Ollie is naïve or bumbling. He's quite aware of the reality of his and Stan's circumstances (particularly towards the end of the film). He simply comes across as having a different perspective than does Stan. In the end, in spite of their differences, this is a story about two genuine friends, that in spite of their differences, remain so to the end.

All that talk about Star Wars last week put me in the mood to watch one, so I watched The Phantom Menace. I do not number myself among those who dumped on the prequels (for one thing, I think of them strictly as a reboot); George Lucas didn’t “ruin my childhood” or anything like that.

The prequels didn't ruin my childhood or anything, either. But I did find them boring. And what a disappointment to find out behind the mask of the feared Darth Vader was a whiny brat.

Watched Torchy Runs for Mayor to buttress my research for the book. (She's a spunky news gal who precedes Lois Lane.) The movie had some stirring things to say about journalism ethics, but interestingly, it also showed a number of publishers afraid to buck the corrupt system.

Glenda Farrell, who plays Torchy, is nobody I've seen before, but that wasn't the case with her police detective boyfriend, played by Barton MacLane. "Wait, I remember that guy!" I said, but couldn't remember where. It turns out that why I couldn't remember a specific role is that there were lots of them -- he's a perennial, apt to show up anywhere. He was in, for example, The Cocoanuts, I Dream of Jeanie (recurring role) and The Maltese Falcon. As soon as I saw those titles, I remembered what he did in them (cop, general, cop). 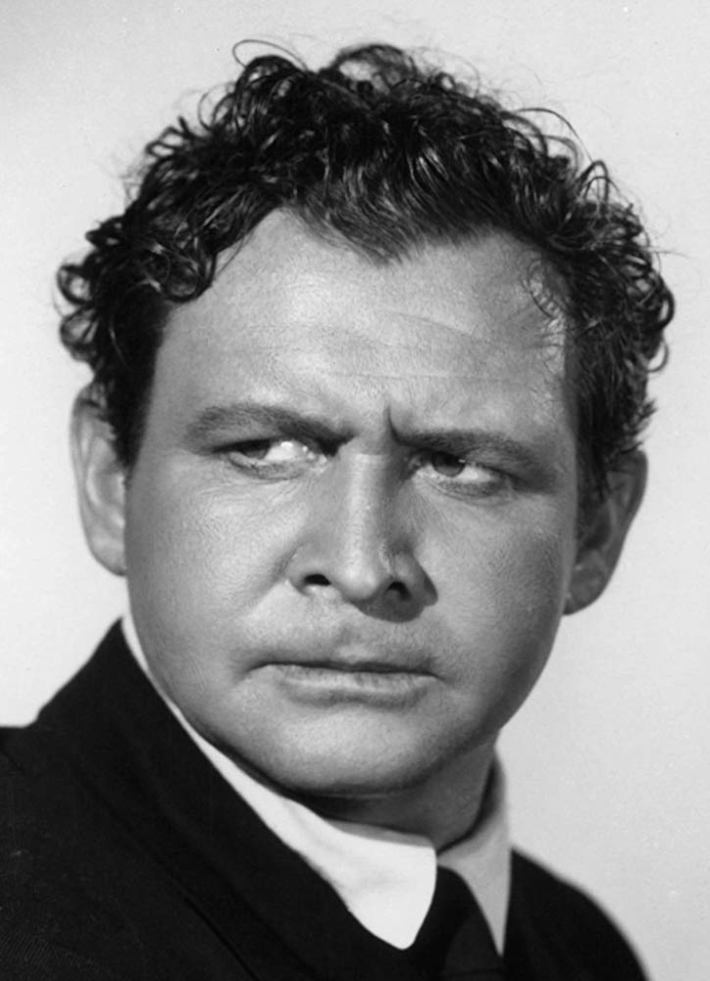 He was in a lot of '50s and '60s Westerns, not just on TV but also The Treasure of the Sierra Madre.

Has anybody seen Wandering Earth? Fantastic reviews, but the premise is so preposterous I have a feeling it would pop my suspension of disbelief.

Permalink Reply by Doctor Hmmm? on May 9, 2019 at 10:31pm
TCM runs Torchy movies from time to time, and I keep meaning to watch one -- I'm a sucker for B-movie series -- but somehow I never have.

ATTACK OF THE CLONES: Watched this over the weekend and I think it lives up to the “wars” of the franchise title. Honestly, I think the problem most people who have with these prequels is that their expectations are too high. (That’s probably the same problem I have with the Marvel movies, to tell the truth.)