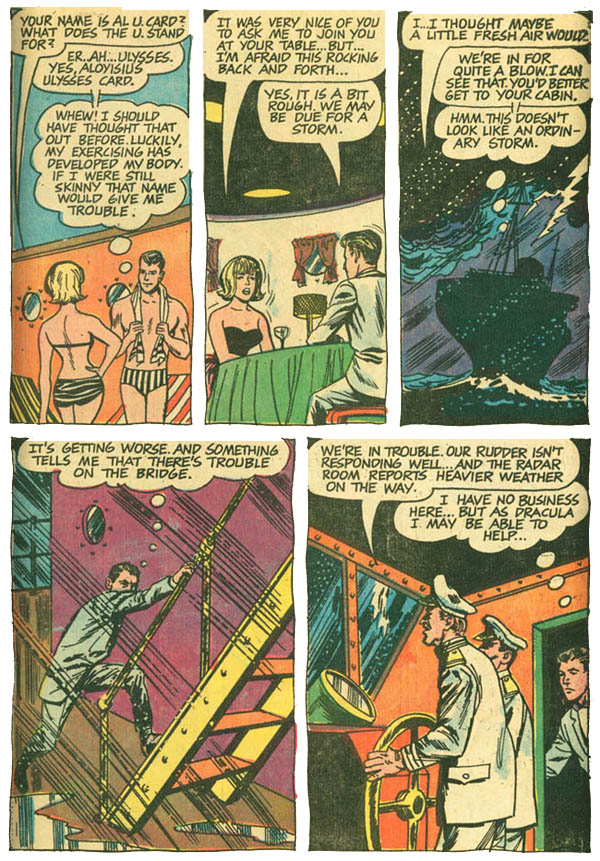 THE WOLFMAN: Tracy requested that we watch another Universal monster series culminating with an Abbott & Costello movie, as we did with The Mummy last month. I chose "Wolfman" and we watched House of Frankenstein last night. (We skipped the first four "Frankenstein" movies and moved on to Frankenstein Meets the Wolfman directly after The Wolfman.) TONIGHT: House of Dracula.

Peter Wrexham replied to Steve W's discussion A Cover a Day
"I have to admit that this month has been a lot more challenging than I expected.  There are no…"
9 minutes ago

Dave Palmer replied to Steve W's discussion A Cover a Day
"Let’s see, a doctor and malpractice.  That might lead to a courtroom in the future."
4 hours ago

Jeff of Earth-J replied to Jeff of Earth-J's discussion T.H.U.N.D.E.R. Agents
"Toby is still unclear that he killed his brother. I interpreted that line differently, as in,…"
4 hours ago

Jeff of Earth-J replied to Jeff of Earth-J's discussion Tales to Astonish
"The Executioner doesn't have his axe. Ooh, that could be a plot point in my head canon fanfic…"
5 hours ago

Jeff of Earth-J replied to Steve W's discussion A Cover a Day
""I'm not sure if the plot point of who the Valeyard, the prosecuting Time Lord, turned…"
5 hours ago

Luke Blanchard replied to Jeff of Earth-J's discussion Tales to Astonish
"The Executioner doesn't have his axe. It was taken off him when he was exiled to Earth in…"
8 hours ago

Richard Willis replied to Steve W's discussion A Cover a Day
"I don't have a transition cover. This final cover from me is not quite a courtroom but…"
9 hours ago

Lee Houston, Junior replied to Steve W's discussion A Cover a Day
"It is now after midnight where I live and since I will be away from my computer for most of Tuesday…"
12 hours ago