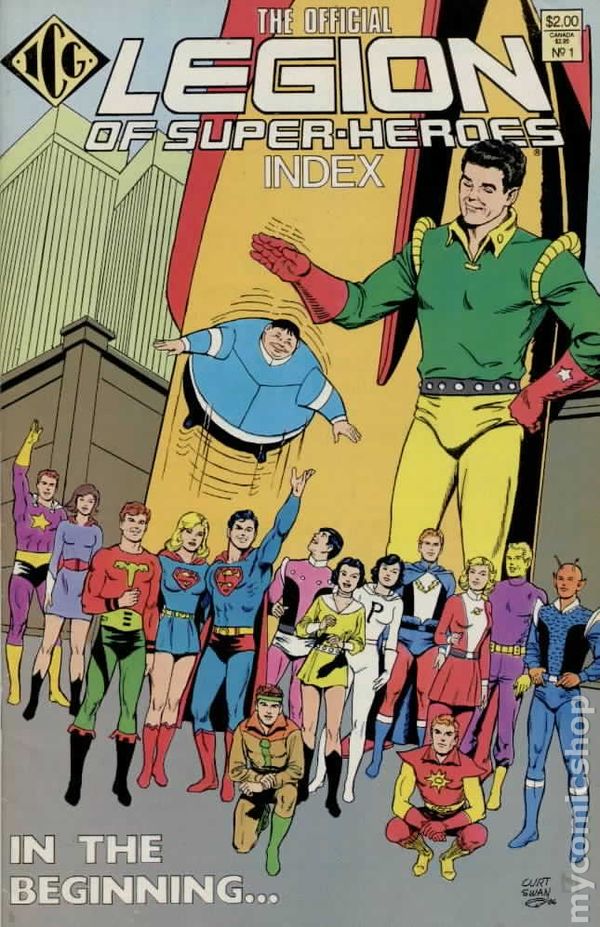 I'm going to regret this...

Unlike the other major superhero teams (the Justice Society, the Justice League, the Avengers, etc.), the Legion of Super-Heroes developed gradually, appearing as guest stars throughout all the Superman titles until they go their own series in Adventure Comics #300. As a result their early adventures were uneven and sometimes contradictive. I'll be rereading them in order to put things in perspective and point out the highlights (hopefully).

I have a great love for the Legion as it was the first book that I bought regularly without noticing that I was doing so. I will be using the Legion Archives for this so there will be minor appearances being skipped over. I welcome additions.

I will also try not to comment on events yet to happen, publishing wise and chronologically and focus on each story individually.

Beyond FIRST APPEARANCES, REJECTED APPLICANTS and COSTUME CHANGES I will be pointing out

First, let me say that I do not plan to visit any Legion sites while I do this. I may remember some facts about the stories but I am hoping not to regurgitate the same stuff over and over again. If it gets too repetitive, please let me know.

Second, I will add when I can and hope that you will all bear with me.

Third, this is a thread for all Legion fans but please don't get ahead of me! I'm not as fast as some of you. However any input is more than welcome!

Next: Greetings From the Future or "In Smallville One Day, Clark Kent Receives a Sudden Shock!"

Commander Benson has already discussed this landmark issue from August 2012 though I can't link to it or my specific comments so I'll have to rehash them as I still feel the same way.

Thanks, Commander! I don't know why I couldn't do it!

While my efforts pale against yours, I truly appreciate your support!